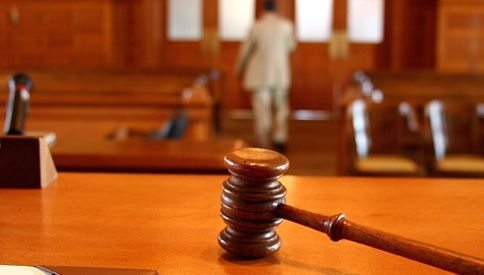 WEALTHY SPECIAL INTEREST TAKES IT ON THE CHIN …

By FITSNEWS || The 2014 election was a brutal one for South Carolina Democrats.  Up and down the ballot, they were mercilessly hammered – and as a result have effectively ceased to exist as a minority party in the Palmetto State.  Of course if 2014 was dismal for Democrats, it was downright devastating for one of their core constituencies – the trial lawyer lobby.

Heading into the year, hopes were exceedingly high for this wealthiest and most powerful of South Carolina special interests.

The big prize?  South Carolina’s wide open governor’s mansion … and its appointment power over multiple boards and commissions with a direct impact on the legal profession.  Beyond that, trial lawyers talked openly about picking up seats in the S.C. General Assembly – including taking out crusading ethics reformer S.C. Rep. Kirkman Finlay and replacing him with one of their own, Columbia, S.C. shyster Joe McCulloch.

The trial lawyer lobby had the money, the manpower and the motivation to accomplish their objectives, too … and yet they still lost.  Badly.

What happened?  How did they fail to take out “Republican” Nikki Haley (who should have been one of the most vulnerable governors in America)?  And how did they fail to oust Finlay from his seat (in what is basically a Democratic district)?

Let’s rewind the clocks, shall we? 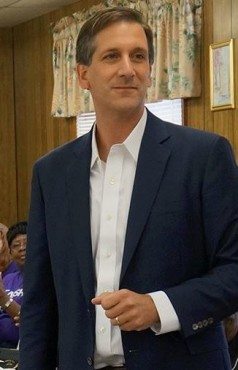 On April 9, 2014, this website published an article about Haley’s Democratic challenger entitled “Vincent Sheheen has a Problem.” In the story, we referenced how GOP operatives had obtained records of Sheheen – himself a trial lawyer – working to get a child molester’s sentence reduced from ten years to thirty-eight days.  Not surprisingly, upon being released the offender went on to molest numerous additional children (including a 13-year-old girl and 14-year-old boy).

Sheheen’s response – namely that he was just doing his job and the court system, not him, was to blame for freeing the man – made sense.  But it didn’t matter.  By the end of the month, Sheheen’s efforts on behalf of such unsavory characters had formed the basis of a sustained ad blitz by the Republican Governors Association (RGA) – dealing the Democratic nominee’s candidacy a blow from which it would never recover.

While one trial lawyer-friendly candidate was being eviscerated, into the fray stepped another – former S.C. circuit court judge Tom Ervin (who officially launched his petition candidacy against Haley on April 11).

We liked Ervin – who branded himself an “independent Republican.” He adopted a lot of sensible positions.  More than a few fiscally conservative ones, too – including expanded parental choice in education and the elimination of the state’s individual income tax.  Unlike his Democratic counterpart Ervin ran a substantive race, too – one backed by more than $2 million of his own money (or money belonging to him and his wife, Upstate workers compensation attorney Kathryn Williams).

Yet despite this massive investment, Ervin went nowhere.  In fact when he dropped out of the race to endorse Sheheen with a week before Election Day, he was still drawing support in the single digits.

Had Ervin managed to become a threat, GOP sources tell FITS a bloodletting similar to the one that befell Sheheen was in the works – one focusing on his proximity (and that of his wife) to the trial lawyer lobby.

They never had to throw the punch, though …

In the race to unseat Finlay – a first-term Republican – the trial lawyers had perhaps their best strategic insight, which was to go directly after the issue that defined his strength: Ethics reform.

With no thought as to the galling hypocrisy, the trial lawyers pushed a narrative that Finlay was drafting specific reform legislation with an eye on saving the skin of former S.C. Speaker of the House Bobby Harrell (who resigned his office last month after pleading guilty to six public corruption charges).

Was the allegation true?  No … not even a little bit (as this website made clear on numerous occasions).

But that didn’t stop them from pushing it … with liberal mainstream media outlets like The (Columbia, S.C.) State newspaper eagerly lapping it up.

Fortunately for Finlay, he had the money to push back against the false allegations … which begs the question of why the trial lawyers targeted him for defeat in the first place.  Seriously: We get that his House district leans Democratic, but there were other important factors to consider.  For example, in addition to his vast personal wealth Finlay had a considerable base of Democratic support from which to draw.  Did the trial lawyers not factor that into their “strategery?”

Obviously anything can happen moving forward, but 2014 was truly a toxic year to be a trial lawyer in South Carolina.  Their multiple failures – as candidates, strategists and monied interests – caused their stock to fall sharply this election cycle.

The Man Who Blew Up Vincent Sheheen’s “Whore-Gate” Scandal