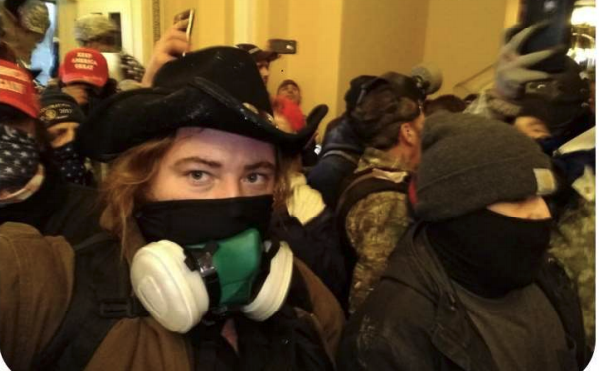 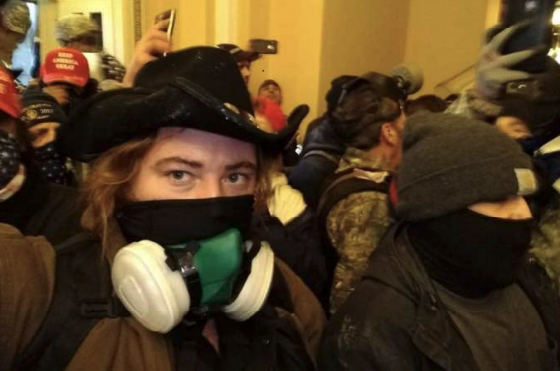 At least one South Carolina man is facing federal charges in connection to the January 6. riots at the U.S. Capitol.

Andrew Hatley, whose hometown is not listed in court documents filed by federal officials Friday, was charged with the following federal offenses:

According to the criminal complaint filed in U.S. District Court, a tipster contacted the FBI around 4:18 p.m. January 6 — as the riots were still happening — and said Hatley drove from his residence in South Carolina to attend protests at the U.S. Capitol.

The tipster provided a photograph that shows Hatley and another man taking a selfie with the John C. Calhoun statue inside the U.S. Capitol during the time of the riots (below).

FBI investigators found a Facebook profile that appeared to show Hatley denying having any involvement in the Capitol riots in a post (below).

However, FBI agents compared photos from Hatley’s facebook profile and he appeared wearing the same hat in a photo on his Facebook page and in the selfie with the John C. Calhoun statue.

Hatley was also sharing his geolocation during his entire trip to Washington D.C through an app called Life360, according to federal documents.

The FBI obtained a search warrant for Hatley’s Life360 account.

“The data confirms that Hatley’s cellular telephone was at the U.S. Capitol Building during the events described above on January 6, 2021,” the federal criminal complaint (below) said.


The FBI then contacted Hatley through the phone number linked to the Life360 account and he confirmed it was his only phone number.

“When Hatley was asked about the events at the U.S. Capitol on January 6, 2021, HATLEY advised he was not sure how much he should say without legal counsel because he could be in a great deal of trouble,” the federal criminal complaint said.

Federal officials have not said if they have Hatley in custody.

According to Hatley’s Facebook page, he was working at Senn Freight Lines in Newberry, South Carolina.

Kevin Birney of the U.S. Attorney’s Office is prosecuting the case.

On the evening of the Capitol riots, U.S. Attorney for South Carolina Peter M. McCoy Jr. released a statement that warned South Carolina residents who participated in the riots.

Count On 2 News was first to report on the story here.