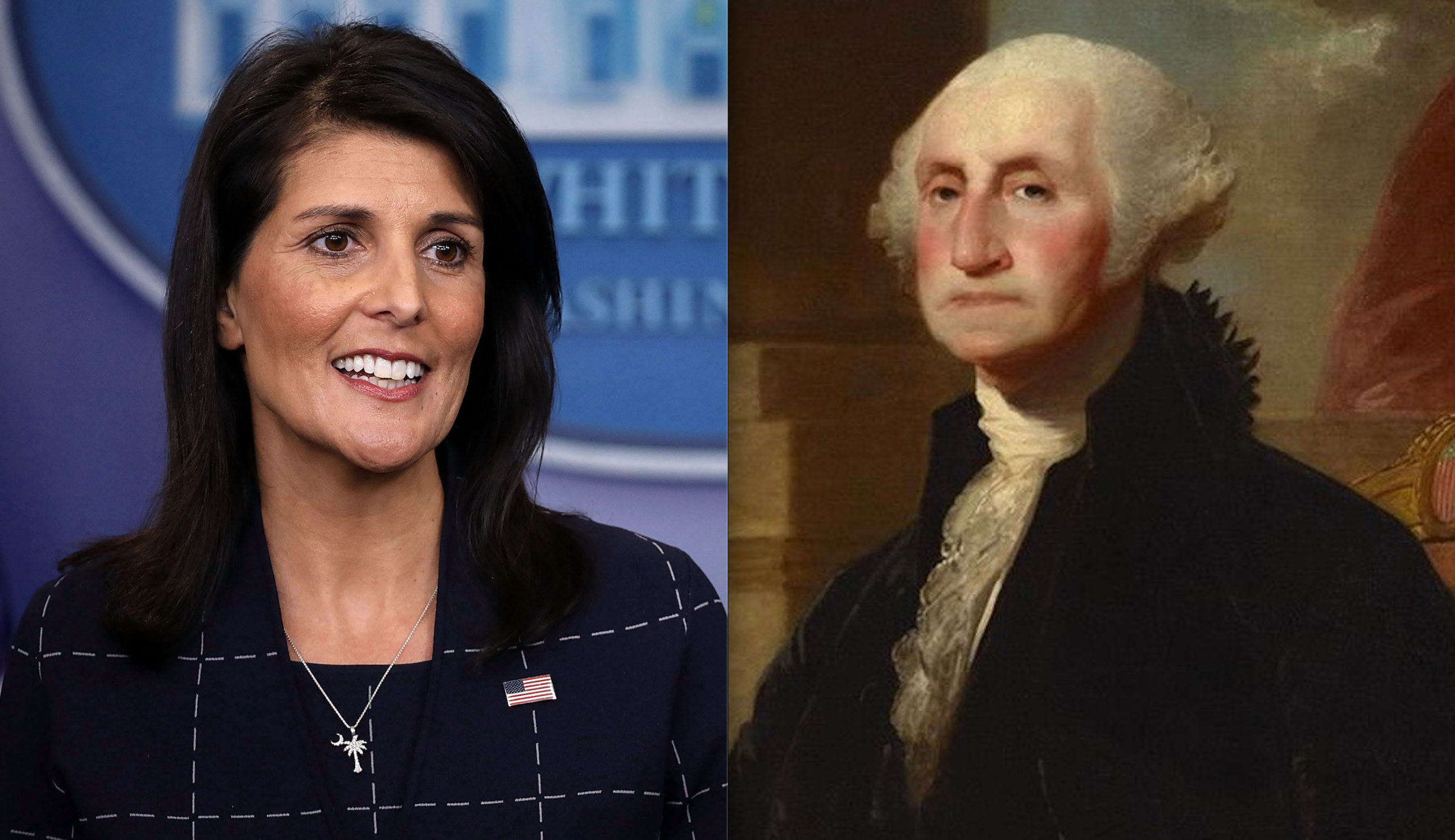 It’s been a bad week for former United Nations ambassador Nikki Haley. After beating a hasty retreat from the initial criticism she leveled at former U.S. president Donald Trump following his alleged inciting of a bloody riot at the U.S capitol last month, the aspiring 2024 presidential candidate saw her words come back to haunt her … right at the moment Trump was acquitted by the U.S. Senate.

Haley was the focus of a sprawling piece in Politico magazine late last week by Tim Alberta – a massive tome which revolved around her ongoing inability to find firm footing as she attempts navigate the Republican party in the era of Trump.

This news outlet’s founding editor Will Folks offered his assessment of the piece here – noting how it reiterated views he has been disseminating on this news outlet for some time.

Alberta’s root assessment of Haley as a woman without any core convictions has prompted a number of process stories related to her prospective 2024 bid – few of them flattering.

“Haley’s seemingly inevitable campaign for the Republican nomination promises to deliver something with the most sheen, the keenest sense for dramatic timing, and deepest performance of depth of any candidate in the field,” noted Ben Mathis-Lilley for Slate. “What that something is is TBD on a daily basis, and ultimately may never be determined at all.”


What is Nikki Haley’s north star? Anything that advances her politically. But eventually, successful politicians must shed naked ambition in favor of a more stable, more sustaining organizing principle, right? Right?

The flood of headlines that did the most damage to Haley in the aftermath of the Alberta piece, though, were those in which she was portrayed as repudiating Trump at the hour of his acquittal.

Even though the quotes were several weeks old, Trump backers – a.k.a. two-thirds of the GOP primary electorate (at least) – didn’t care. As far as they were concerned, it was proof positive Haley was against them – and against the Trump populism.

Sheesh … you know it’s bad when Lindsey Graham is critiquing your Trump two-step.

Oh, and let’s not forget Haley already had serious problems in MAGA-land – including her original iteration as a #NeverTrumper during the 2016 presidential campaign.

Conservatives haven’t forgotten about that …

“Nikki Haley is a social-climbing political opportunist whose most deeply held political belief is Nikki Haley,” Christopher Bedford of The Federalist wrote recently, channeling the prevailing right-of-center repudiation of Haley.

Anyway, the 49-year-old former South Carolina governor sought to start this week off on fresh footing by tweeting about George Washington on President’s Day.

What could possibly be controversial about that, right?

“George Washington turned an army of ragtag troops into an unstoppable force that defeated the British and secured America’s independence,” Haley wrote. “As President, he oversaw the creation of our Constitution and showed the world what it looks like to govern by the people and for the people.”

The problem? Haley got her history wrong, as the Constitution predated Washington’s administration by two years.


In fact, one particular honey badger of a historian – Alexis Coe – not only rebuked Haley for her error but seemed to imply it evidenced a lack of patriotism.

“Nikki Haley is clearly wrong, and she doesn’t care,” Coe tweeted. “She needed to check the ‘patriotic tweet’ box, but sees no actual value in knowing the history of the country she wants to lead.”

Shortly after her tweet, Coe appeared on CNN to dog Haley out even further – saying the former ambassador made so many errors she didn’t “know where to begin” in correcting her.

While Haley is likely to face only fleeting ignominy over her President’s Day misstep, the damage done by the Politico story – and its follow-ups – is obviously more severe. Can she recover? Yes … but the present trajectory of her national ascendancy seems to define the ceiling of political careers guided solely by a desire for upward mobility.

Eventually, there has to be something else fueling the rise …

South Carolina Is The 9th Least Educated State In The U.S., Study Says