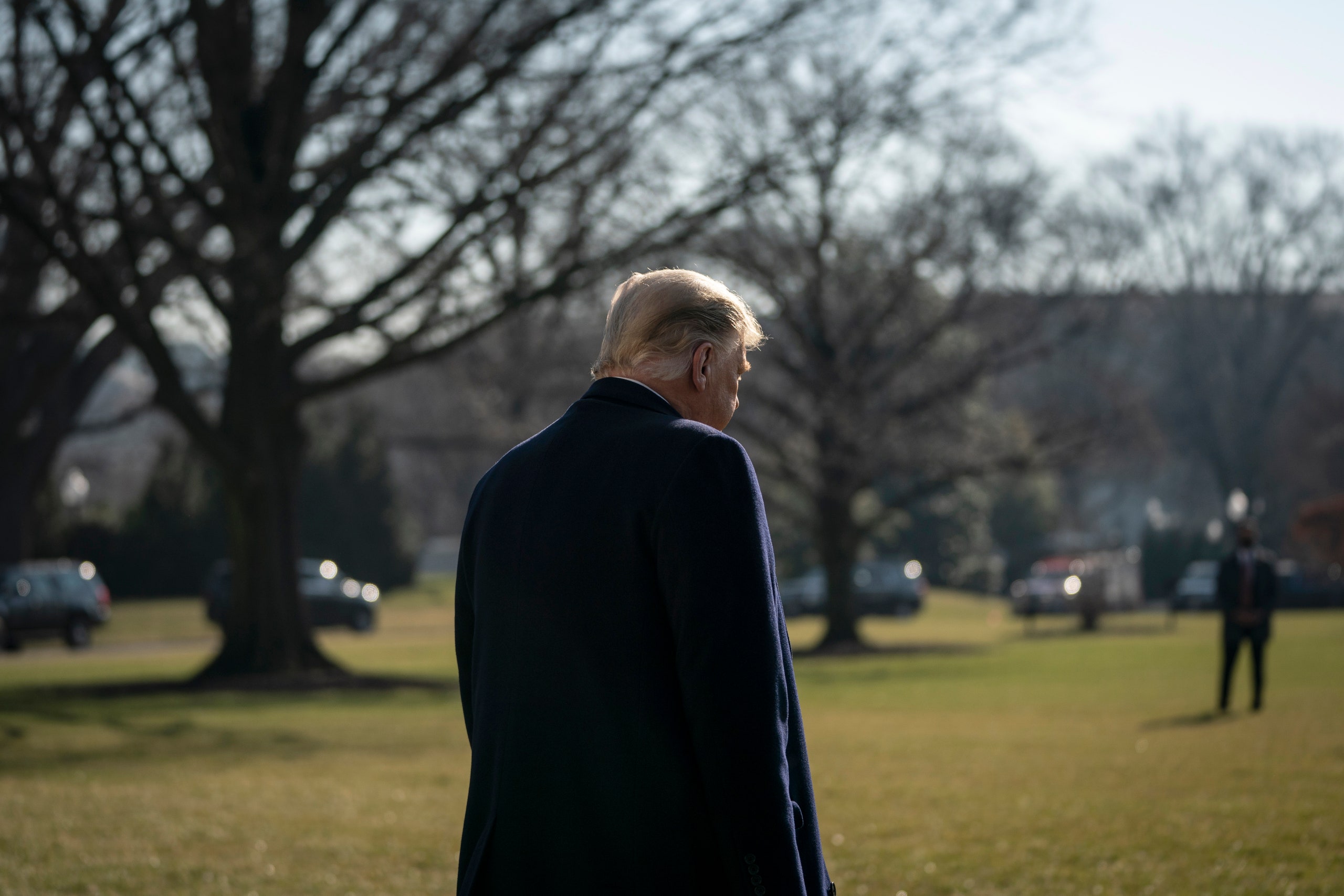 Former president Donald Trump was acquitted by the U.S. Senate on Saturday afternoon – just hours after the chamber voted to call witnesses in an apparent escalation of his second impeachment trial. In addition to upping the ante, the move to call witnesses would have extended the partisan proceedings – thereby delaying president Joe Biden’s agenda.

Given the unlikelihood Democrats were going to be able to muster the two-thirds majority necessary to convict Trump – and potentially bar him from seeking office again – political expediency appears to have prevailed.

With House impeachment managers persuaded to withdraw their request to summon witnesses – the way was paved for a quick vote that ended the five-day trial.

Trump was impeached by the Democratic-controlled U.S. House of Representatives on January 13 – seven days before he left office – for allegedly inciting a bloody riot at the U.S. capitol building a week earlier during the certification of Biden’s electoral college victory. Ten Republicans joined Democrats in voting to impeach Trump – including South Carolina’s Tom Rice.


This news outlet’s founding editor Will Folks categorically condemned the violent rioting at the capitol – and in its aftermath also drew attention to some less-than-constructive rhetoric emanating from the far right. Having said that, he argued that criminalizing speech was not the correct response to what happened – especially speech which was plainly non-violative of existing federal laws regarding the inciting of violence.

Nonetheless, seven Republicans joined all fifty Democrats in the Senate in voting to convict Trump – the first time since 1868 that a majority of the chamber voted to convict a president. Still, that total was ten votes shy of the number needed to convict Trump and proceed with a vote to disqualify him from holding office again in the future.

Among the GOP senators voting to convict Trump? Richard Burr of North Carolina.

“The facts are clear,” Burr said. “The evidence is compelling that president Trump is guilty of inciting an insurrection against a coequal branch of government and that the charge rises to the level of high crimes and misdemeanors.”

While Burr is not seeking reelection in 2022, his vote to impeach Trump nonetheless came as a shock. Other GOP votes to convict Trump were less surprising – including those of Susan Collins of Maine, Lisa Murkowski of Alaska, Ben Sasse of Nebraska and Mitt Romney of Utah.

“After careful consideration of the respective counsels’ arguments, I have concluded that president Trump is guilty of the charge made by the House of Representatives,” Romney said in a statement. “President Trump attempted to corrupt the election by pressuring the secretary of state of Georgia to falsify the election results in his state. President Trump incident the insurrection against congress by using the power of his office to summon his supporters to Washington on January 6 and urging them to march on the capitol. He did this despite the obvious and well-known threats of violence that day. President Trump also violated his oath of office by failing to protect the capitol, the vice president and others in the capitol.”

Senate minority leader Mitch McConnell did not vote to impeach Trump, but he did hold him responsible for the riots – saying the mob that attacked the capitol had been “fed wild falsehoods by the most powerful man on earth because he was angry he’d lost an election.”

“Former President Trump’s actions that preceded the riot were a disgraceful, disgraceful dereliction of duty,” McConnell said. “Trump is practically and morally responsible for provoking the events of the day.”

The former president was ebullient at the outcome – and hinted at his possible political return in the “months ahead.”

“We have so much work ahead of us, and soon we will emerge with a vision for a bright, radiant, and limitless American future,” Trump said in a statement. “Our historic, patriotic and beautiful movement to Make America Great Again has only just begun. In the months ahead I have much to share with you, and I look forward to continuing our incredible journey together to achieve American greatness for all of our people.”

Trump has maintained a firm grip on the Republican base in the aftermath of the capitol riot, prompting a number of GOP politicians who initially criticized him to fall back in line (see here and here).

Playing to that base, Trump had some harsh words for his Democratic antagonists in the aftermath of his latest acquittal.

“Our cherished Constitutional Republic was founded on the impartial rule of law, the indispensable safeguard for our liberties, our rights and our freedoms,” Trump continued. “It is a sad commentary on our times that one political party in America is given a free pass to denigrate the rule of law, defame law enforcement, cheer mobs, excuse rioters, and transform justice into a tool of political vengeance, and persecute, blacklist, cancel and suppress all people and viewpoints with whom or which they disagree.”

“I always have, and always will, be a champion for the unwavering rule of law, the heroes of law enforcement, and the right of Americans to peacefully and honorably debate the issues of the day without malice and without hate,” Trump added.

Trump went on to label the Senate proceedings “yet another phase of the greatest witch hunt in the history of our country” – invoking a phrase he used often during his initial impeachment a year ago over allegations that he improperly pressured the Ukrainian government to investigate Biden.


In addressing Trump’s statements to supporters prior to the rioting at the capitol, his attorneys acknowledged that “persons unlawfully breached and vandalized the capitol, that people were injured and killed, and that law enforcement is currently investigating and prosecuting those who were responsible.”

However, they denied that Trump “incited the crowd to engage in destructive behavior” or that he “intended to interfere with the counting of electoral votes.” Trump’s lawyers went on to allege the article of impeachment approved by the U.S. House “misconstrues protected speech and fails to meet the constitutional standard for any impeachable offense.”

Trump’s acquittal means senators will not take a vote on his eligibility to seek the White House in 2024 – which means he is able to run for president again in three-and-a-half years if he so chooses.

Will he? We shall see … but as of this writing he is the undisputed GOP frontrunner in the event he decides to seek the nomination.

Only one U.S. president – Grover Cleveland – has ever won reelection after losing the presidency. Cleveland served a four-year term from 1885 to 1889 prior to being defeated in his reelection bid by Benjamin Harrison. He defeated Harrison in a rematch four years later – serving a second term as president from 1893 to 1897.