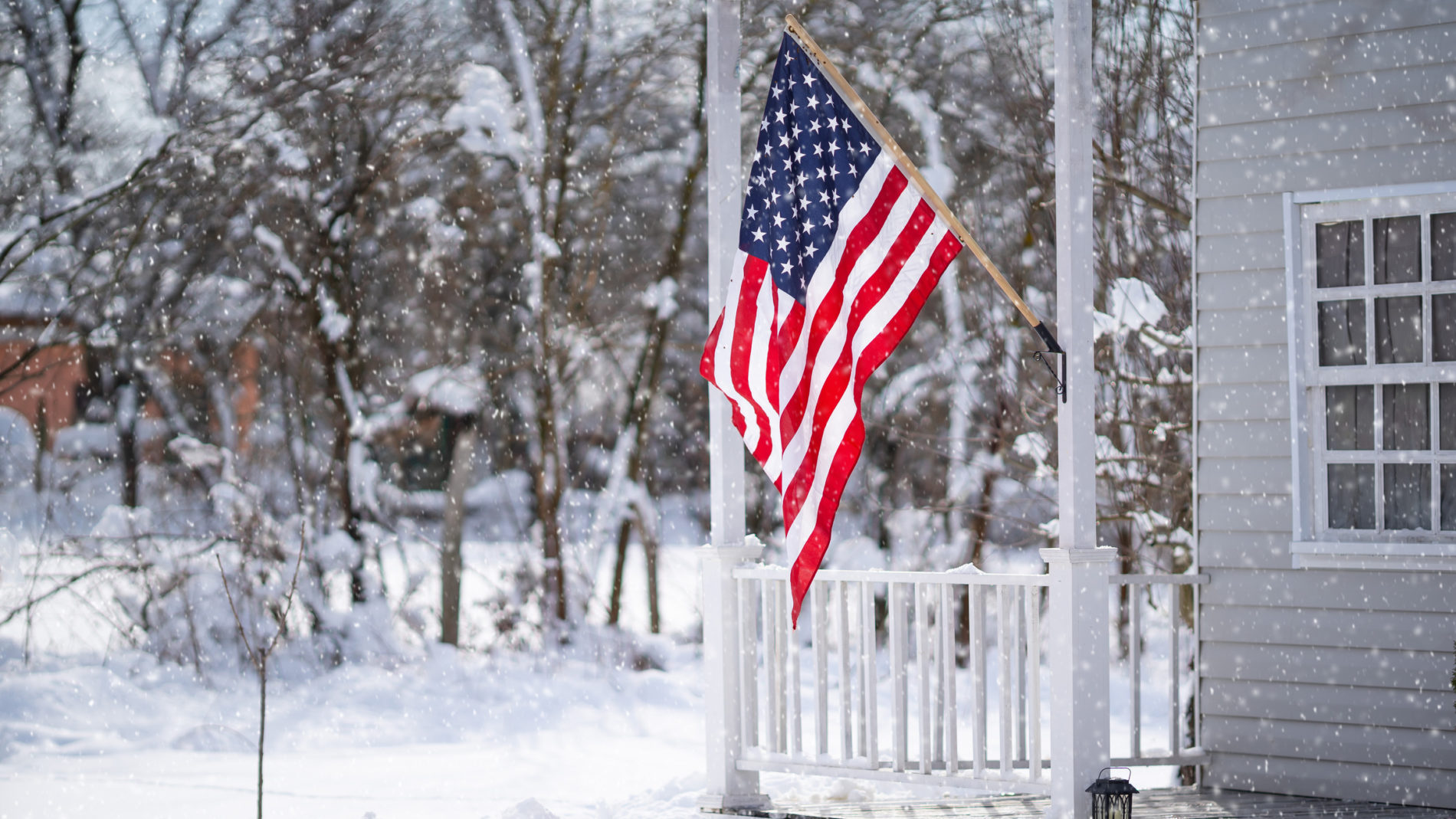 by BILL WILSON || The Republican party is struggling to define itself, and the elephant in the room is populism. With corporate Democrats in the White House and an establishment GOP eager to return to defending corporations and policing the globe, is there a place for conservative populists?

One theory posits that conservative populism was a fleeting fad, championed by the charismatic larger than-life Donald Trump, and that it will fizzle without him. The theory is that the almost 75 million Americans who voted for Trump adopted his populist ideas on immigration, trade policy, and scaling down U.S. military operations overseas, more because they liked Trump’s rhetoric and less because they held populist beliefs.

Now with Trump defeated, at least until the 2024 election cycle when he is cleared to run again, Democrats are speaking about “unity” and offering to work with Republicans who distance themselves from Trump. Corporate Republicans like Lindsey Graham, Mitt Romney, and John Kasich are promising Trump was a fluke who does not represent the party and distancing themselves rapidly from populism.

This narrative concludes that without Trump in the spotlight, conservative populists will lose interest, and make their way back to the corporate GOP, or perhaps back into political nonparticipation.

A related theory is that populism always belonged to the left, most notably to big-name progressives like Elizabeth Warren, Bernie Sanders, and AOC. This theory posits that populism is relegated to the realm of Wall Street regulation, transfer payments, and infrastructure spending. It asserts that the natural manifestation of anti-elitist sentiment is progressive left-wing populism and the right has no real business drumming up populist sentiment.


Proponents of this narrative can point to the fact that it has historically been progressives who have been hammering away about the wealth gap and inequality for years. Now, with Biden-Harris in the White House and progressive voices like Warren and Sanders dragging the party leftward on economic issues, the GOP should stay in its place.

These topical arguments are extremely compelling to both parties, who are understandably looking forward to returning to their status-quo roles and activities.

“DEMOCRATS WOULD LIKE TO RECOUP THE PRO-WORKING CLASS POPULIST IDENTITY (AND SEVERAL MIDWESTERN STATES), AND CORPORATIST REPUBLICANS SEEM ALL TOO HAPPY TO HAND POPULISM BACK TO THE LEFT AND RETURN TO FIGHTING DOMESTIC SPENDING AND EXPANDING THE MILITARY.”

New York Times columnist Ross Douthat’s recent op-ed “How Trump ate Populism” sums up both arguments perfectly. Douthat argues that populism was a movement defined entirely by Trump, and that Trump, “was defining, in his own selfish and demagogic way, what a conservative populism meant.”

Reducing populism to its economic core Douthat argues that the right has never been successful at integrating working-class populist policies into its platform: “the American right doesn’t usually move leftward on economics in a thoughtful, coherent and sustainable way — that the move is usually ad hoc, undercooked and cheerfully unprincipled, which makes it more likely to be abandoned once the party is out of power, treated as rubble instead of a foundation.”

Douthat concludes that, “over the next few years, this will have two likely implications for the right’s sincere economic populists. First, they will watch the Biden administration poach issues that they once hoped to own, from big tax breaks for families to big spending on domestic infrastructure. Second, they will watch their party nominate self-proclaimed populists, in states like Ohio, Pennsylvania and Arkansas that should be the base for a working-class conservatism, who are just acolytes for the cult of Trump…with a policy agenda condensed to owning the libs and dog whistling to the QAnoners.”

There is a possibility, or perhaps a risk, that Douthat’s predictions for right-wing populism are correct. It is certainly a neat and tidy narrative: populism can be reduced to traditionally left-wing economic policies, and with a Democrat president and Democrat-controlled House and Senate, Democrats can easily charter a path as the real economic populists. Republicans, to remain relevant, will revert back to opposing Democrats, and the cycle will spin on.

Where does this leave the working-class coalition of conservative populists who were Trump’s strongest supporters?

The working-class blue-collar coalition that elected Trump based on his America first platform is not just going to disappear. Assuming these voters will quietly rejoin the corporatist GOP is optimistic, to say the least. Significant numbers of Trump’s white-no college supporters in both 2016 and 2020 were political newcomers, disenfranchised Americans who chose to vote for Trump because he spoke directly to their needs. Trump remains extremely popular in polling with white no college, with men, with Midwesterners, and with middle income Americans.

Of course, these numbers tell only the story of Trump’s popularity, but do white working-class Americans lean populist on real issues? The answer appears to be, a lot do. The same YouGov survey shows widespread support among equal or larger shares of core Trump supporter groups for proposals including the $1.9 trillion COVID-19 aid package, and the $1400 stimulus checks. Sixty-four percent of Americans somewhat or strongly support the aid package, including 60 percent of men, 56 percent of white men without a degree, and 51 percent of white men with a degree. Note the breakdown there – white men without a degree (core Trump supporters) support the stimulus bill at a higher rate than white men with a degree. Not a surprise from an economic perspective, but somewhat of a shift from a political one.

Most notably, 61 percent of Trump voters support the stimulus checks, as do 63 percent of Republicans, and 59 percent of conservatives.

Now, these are unprecedented economic times, with states shutting down entire sectors of the economy in response to the coronavirus, and rising Republican and conservative acceptance of increased government spending and aid could be more a sign of desperation than it is an ideological shift. However, the numbers are clear: increasing shares of Trump’s core supporters are open to, and in fact supportive of, government solutions.

However, what analysts on both the left and right seem to miss is this …

“ECONOMICS IS ONLY ONE PIECE OF A MUCH MORE NUANCED SET OF PRIORITIES FOR CONSERVATIVE POPULISTS.”

While populism has a core economic imperative, it also has a cultural one. Populists on the right are staunchly pro-American and anti-globalism. They don’t want to merely benefit from wealth redistribution schemes or up infrastructure spending, although they are not as opposed to these ideas as the vigilant libertarian wing of the GOP.

What populists seek is for political leaders to put American citizens first and that is something the Biden administration, the Democrat Party, and the Establishment GOP, are not doing.

“IF THERE IS A PLACE ON THE RIGHT FOR POPULISM IT IS IN THAT PRECISE AREA: OPPOSING GLOBALISM AND EMBRACING AN AMERICA FIRST SET OF PRIORITIES.”

Populists want to reestablish a robust American manufacturing sector, and incentivize corporations to keep jobs inside the United States instead of offshoring, they want to cut foreign aid, reduce foreign intervention and bring American troops home.

Populists want to see politicians follow in Trump’s footsteps and continue to restructure trade deals in the U.S.’s favor. In 2020 Trump signed a new trade deal that forced China to commit to buying an additional $200 billion worth of American goods and services by 2021, while maintaining most of the tariffs he placed on $360 billion worth of Chinese goods. Populists want more of that kind of thinking.

Populists want to pull out of dubious international agreements like the Paris Climate Accord that punishes the U.S. while forcing taxpayers to subsidize polluting countries like China and India just to get them to participate.

Sure, maybe populists want to up teacher pay or weigh the pros of domestic spending projects now and again. But what many populists are looking for long-term is not necessarily a handout, but the removal of the vast number of anti-American policies stacked against the average citizen.

The core of conservative populism is putting America first, rejecting globalism, and restoring a nation where politicians work for the people. It is about much more than transfer payments or tax cuts.

“WHAT LEFTWING POPULISTS FAIL TO UNDERSTAND IS THAT THEIR GLOBALIST PRIORITIES ARE ACTUALLY HURTING THE POPULISTS WHO SUPPORT THEM, AND THIS IS WHERE THE RIGHT CAN DIFFERENTIATE ITSELF WITH AN AMERICA-FIRST AGENDA.”

If there is a place on the right for conservative populists, it is a place where they successfully differentiate themselves from the globalists and corporatists on the left and the right and demand a domestic agenda that puts the American people first.