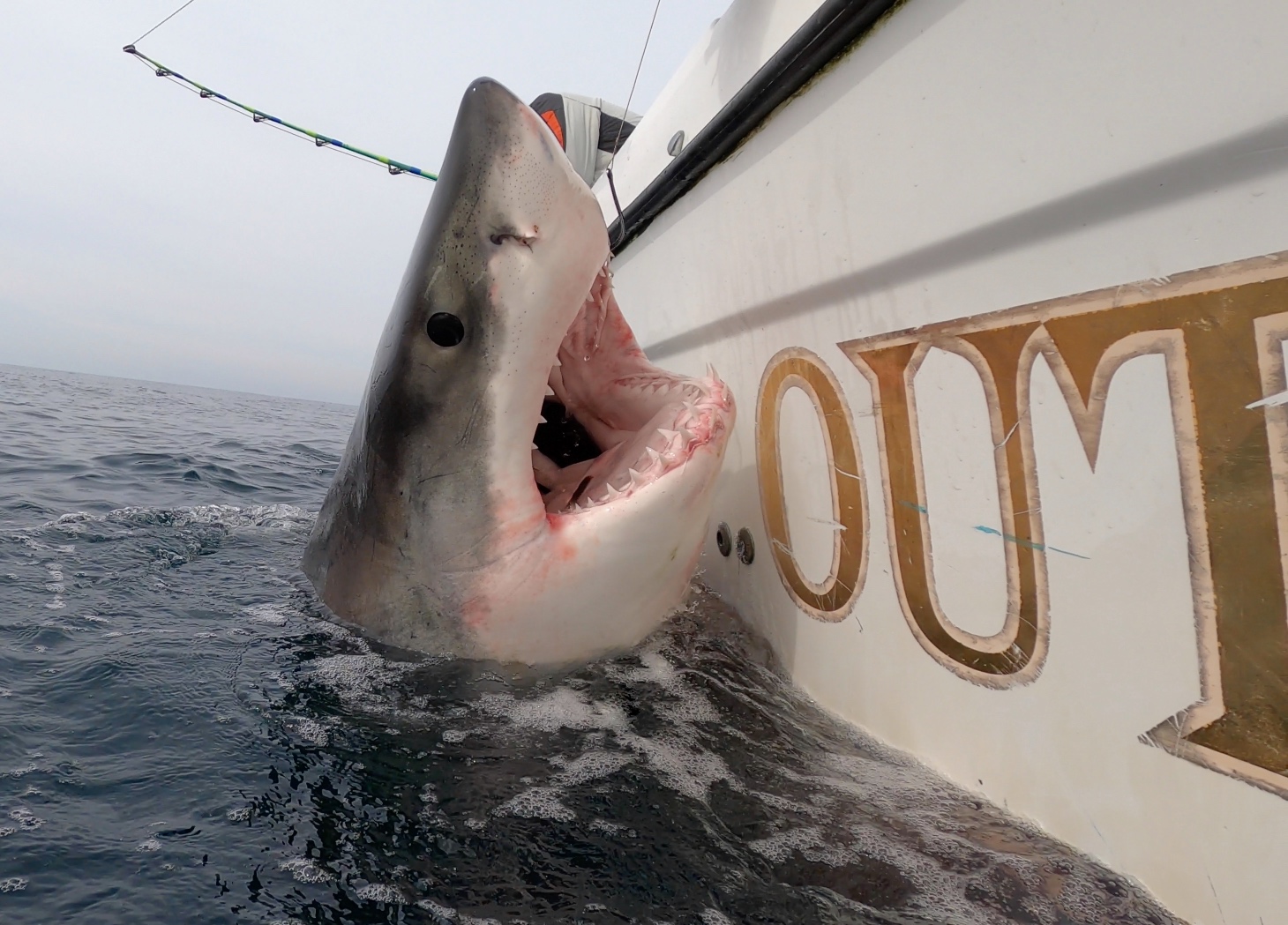 Chip Michalove‘s typical three-man crew at Outcast Sport Fishing was down to two after one fisherman couldn’t go at the last minute. The other fisherman, Pavel Vykopel, recently tore his rotator cuff and wasn’t exactly in the best shape for reeling in a 1,000-pound shark.

The weather conditions weren’t helping the situation, either.


“The water is pretty cold right now inshore, and the west wind earlier in the week pushed dirty water out of the shallow water,” Michalove told FITSNews. “Things weren’t perfect….we thought about cancelling the trip,”

But Michalove, who has hooked and released over 30 great white sharks off South Carolina coast, believes the biggest sharks are visiting the Lowcountry in February. So they bundled up and headed out to sea.

Two and a half hours later, Michalove felt a monster tugging the line.

From a 26-foot fishing boat, Michalove and Vykopel reeled in a 12-foot female great white shark.

She was shockingly calm, Michalove said.

“This girl was so easy to work on we could’ve rubbed her tongue,” Michalove said. “The larger ones are always calmer. It’s the small ones that are squirrelly and unpredictable.”

Michalove works to ensure the process he uses to catch great white sharks on rod-and-reel puts minimal stress on the animal.

Every time Michalove catches a great white — a feat of its own — he does his best to place a tag on the fish so scientists at the Massachusetts Division of Marine Fisheries can track her movements in the Atlantic.

The data helps scientists learn more about the mysterious apex predator of the Atlantic.

On Thursday, because the crew was short-handed, they placed an acoustic tag on the shark before releasing her back into the ocean.

Sometimes, when the Outcast Sport Fishing Crew has a better grip on the massive shark, they will place a SPOT (Smart Position or Temperature Transmitting ) tag to the fin so that scientists at the Atlantic White Shark Conservancy — along with anyone who has the Sharktivity App — can track the shark’s movements in real time.

Michalove learns a little more about the species with every great white he catches.

The 12-foot shark he caught Thursday had “wicked scratches” all over her face.

“She’s definitely been chasing down some food that bites back,” Michalove said.

He said a scientist at the Massachusetts Division of Marine Fisheries told him the scratches were from a seal likely in the New England area.

“Just like any type of fishing, as soon as you think you’ve got it figured out, they fool you,” Michalove said.

As Michalove tags more and more sharks every year, scientists have discovered a migration pattern among great white sharks on the eastern sea board.

A large amount of great white sharks spend their summers in the New England area and venture to the southeastern United States between December and March every year.

Michalove estimates that there are more than 1,000 great white sharks off the coast of every winter, based on the amount he encounters each year.

Until one January day in 2014 — Michalove caught his first great white shark. And then days later, another monstrous shark tugged the line. And pretty soon, Michalove emerged as one of the only fishermen on the East Coast to successfully and consistently catch great white sharks on rod-and-reel.

“Not only are they massive, but they’re incredibly intelligent,” Michalove said. “This is the smartest fish in the sea we’re talking about. It’s a process trying to figure them out.”

New Study: Marijuana Legalization Hasn’t Had Significant Impacts (Except When It Comes To Revenue)