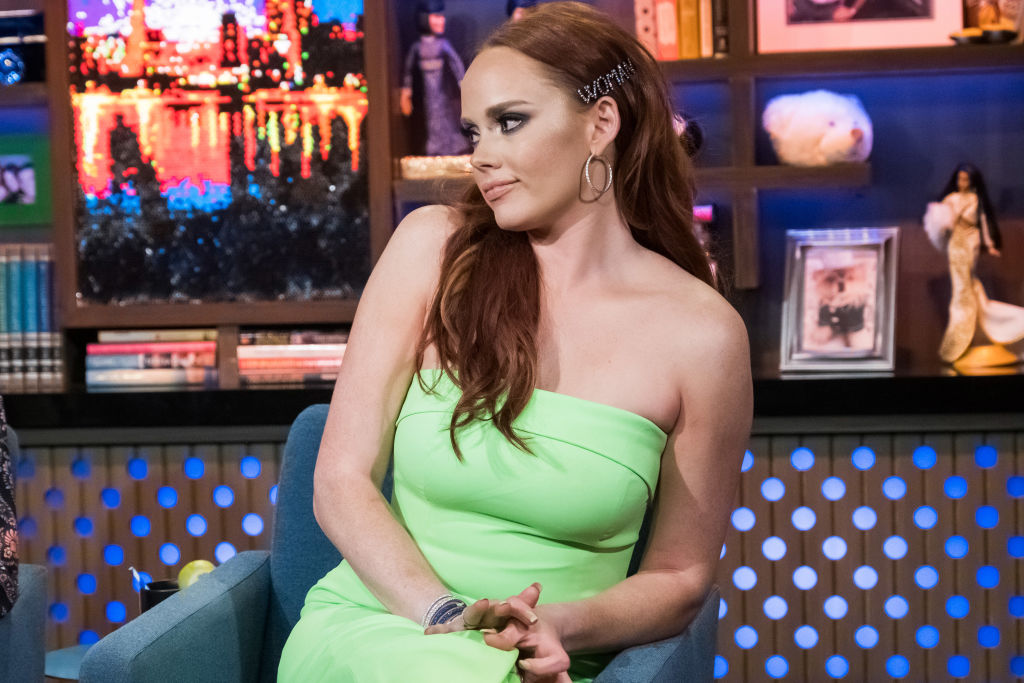 When we last left our ‘Charmers,’ they were on yet another doomed boat voyage back to Charleston, South Carolina with Austen Kroll and Leva Bonaparte screaming at each other over the topic of Kathryn Dennis, and the perception that the men on Southern Charm were “coddling” her.

Leva has Kathryn pegged as South Carolina’s answer to Blanche DuBois, relying on “the kindness of strangers,” i.e. men. The fact that the season finale of Bravo TV’s Palmetto State called “Treehouse of Cards” indicates that everything is heading for a fall, and maybe that’s for the best.

This week, we begin the season (perhaps series) finale with everyone at least mildly pissed off – but trying to find some zen. Shep Rose and John Pringle chat on the phone, and hatch a plan to get the crazy back together for perhaps another explosive interaction. John says his boys are leaving the next day and he’s crushed. By the way, to those who are criticizing his parenting and/or his boys on social media, just stop. The guy is doing his best, the boys are safe, warm, and fed, and it’s just not nice. Kids are off limits.


Austen and Madison LeCroy have a sit-down, and make an effort to work out the kinks that crested on Capers Island. Neither of them want the other to date anyone else, and she loves/ hates him.

Shep and Pringle are planning a party at a house on John’s Island, and invite Danni Baird – who has concerns about Kathryn attending. At KD’s house, she is on the phone with her friend Jacqueline Stewart and shares that Thomas’ latest baby mama, Heather Mascoe, had a baby boy a month ago, and she had to read about it online.

Still, she’s buying a baby gift for her children’s half-brother.

Craig Conover and Natalie Hegnauer go out in a rowboat, and then have a picnic. He says they have been “playing house” courtesy of the pandemic, but have yet to say “I love you.” They are cute, and their relationship doesn’t seem complicated, so it’s all good.

But once again, we come to the topic which has suddenly engrossed the series – racism. In the real world, and away from reality television, Leva would have nothing to do with Kathryn – and that would be fine. But these two non-friends are being pushed together, making everyone else feel pretty awkward. I certainly wouldn’t want to hang out with someone I perceived as racist, but I don’t push others to follow my lead – as they are adults who make their own decisions. Leva and Danni are “private shopping,” so no need for masks. Really? You don’t give a fig about the woman working there? FFS.

Leva wants Danni to provoke another confrontation at yet another party. Really? Handle your shit privately. Danni is pissed at Kathryn, but it’s not about racism. She’s mad because she doesn’t thing KD has held up her end of the friendship bargain. For the record, I like Leva. She’s beautiful and spunky and speaks her mind while also running a business empire. That said, it took seven seasons before race was even brought up, and now her “character” comes to the table with an agenda that the entire cast seemed happy to ignore onscreen for nearly a decade. It could have been handled better, but in true form, production put the responsibility on people of color to do their bidding. Do better Bravo.

For anyone who still needs to hear it, I do not believe Kathryn is a racist. I think the bigger problem is that she’s guilty of being willingly clueless, and that’s something she needs to work out (or not) and her friends will have to decide if they can be patient.

The crew gets ready for another social gathering on a sunshiny-yet-drizzly day. Shep and Pringle help set everything up and await their guests. At Madison’s, Venita Aspen comes by to get ready for the party. The talk soon turns to Kathryn dating Chleb Ravenell and a blog post which claims she is only dating a man of color to improve her image. I’ve got to say that this doesn’t track, because it would mean KD was playing the long game (they are still together, per the former redhead herself) – which is totally off brand.

Leva arrives in a great dress to have a chat about, wait for it, Kathryn. I don’t want to get into the time and place argument again, but do this elsewhere, or on the phone beforehand. Madison Simon arrives with her fiance Seth Gudger, who is an amazing fashion photographer. You can check him out on Instagram @sethdavisg.

It must be a mom thing (or a redhead thing), but at this party, all I can think about is whether everyone is wearing sunscreen. Madison LeCroy comments on Austen and his “big dick energy.” Yeah, I’m not touching this one.

The part one finale sets up next week, which will be a roundtable (rectangle?) discussion on racism and emojigate. For the record, Kathryn did apologize publicly for what she did. Shep talked about his own moment of racial insensitivity after the previous reunion while in New York, and I don’t feel like the drama went on for this long. Isn’t it interesting that the only person who brought up Shep’s faux pas was Shep?

It seems even the woke gals of Southern Charm don’t hold men to the same level of accountability as they do other women.

Certainly the belated acknowledgement by production that there are indeed interesting people of color in Charleston is a step forward – but it’s a day late and a dollar short. This isn’t just about Southern Charm, either, but all of Bravo’s reality shows. Sure, Real Housewives of Atlanta and Potomac have plenty cast members of color, but why the segregation?

The subject of race relations obviously cannot be handled responsibly in a reality television recap. To provide a more complete picture, I’d need some feedback from people from all walks of life. But for now, we are facing a showdown next week – and a raucous reunion thereafter. So for next week, pour a big glass of your adult beverage of choice – and buckle up for what is likely to be a very bumpy ride.