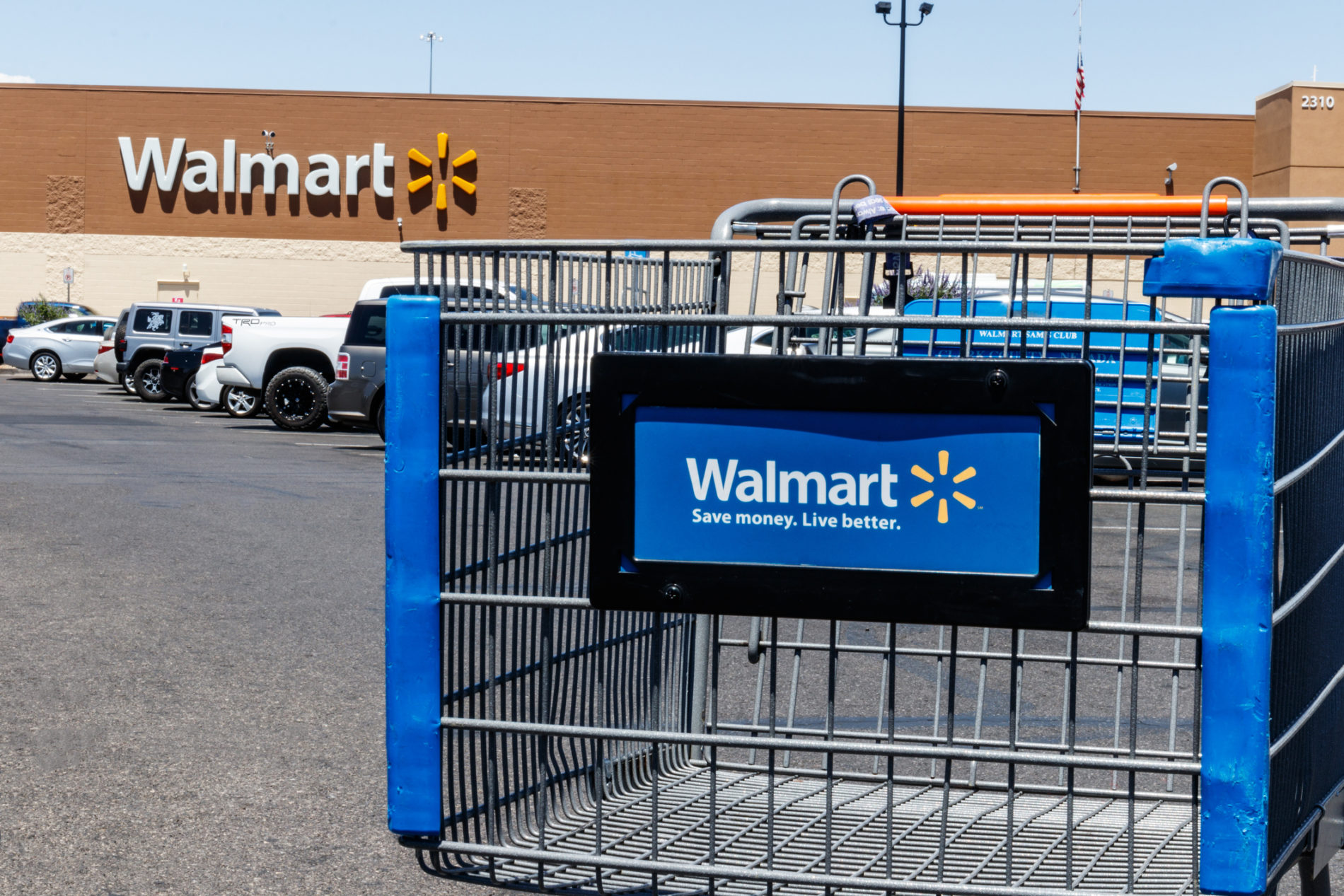 The tort is among the most common civil actions in the United States, fueled by millions of “slip, trip or fall” injuries that take place all over the country each year.

Anyway, of these incidents an estimated 800,000 require hospitalization, according to data from the U.S. Centers for Disease Control and Prevention (CDC). And the annual cost in terms of medical treatment related to these falls was (at last count) north of $50 billion – of which anywhere from 50 to 75 percent gets subsidized by Medicaid.

Not surprisingly, “slip and fall” cases are often leveraged by less-than-scrupulous attorneys in the hopes of securing big judgments against corporate defendants. Like car accidents, they breed legions of so-called “ambulance chasers” seeking career-making paydays against deep-pocketed defendants.

This was actually our first thought when we stumbled upon a case involving a tumble taken two-and-a-half years ago by a South Carolina woman at a Walmart located in Georgetown county.

On August 16, 2018, then 62-year-old Evelyn Mccray of Georgetown lost her footing after she slipped on some “loose gravel-like or rock-like products” allegedly in the Walmart parking lot at the time of her fall, according to a lawsuit filed in August of 2020 by her attorney, Victoria Smith of Charleston, S.C.

Mccray, now 64, is also the primary caregiver to her husband – and her injuries have impacted her ability to perform those duties, according to Smith.

In her complaint, Mccray asked that Walmart and one of its subcontractors – Darlington, S.C.-based Southern Companies of South Carolina, Inc. – be compelled to pay “actual, consequential, special and punitive damages” for their alleged negligence in failing to maintain safe conditions in the Georgetown parking lot where she fell.

So it seemed … until the case entered its discovery phase. That’s when Walmart allegedly engaged in “discovery shenanigans” which explicitly endeavored to conceal relevant information from Mccray’s counsel, according to court filings obtained by this news outlet.

Specifically, the retail giant stands accused of improperly redacting documents which “related directly” to claims made by Smith – telling the Lowcountry attorney these documents were “irrelevant” and “unresponsive” to her discovery requests, according to a motion for sanctions (.pdf) filed in October of 2020.

Once the “irrelevant” documents were uncovered, however, they reportedly contained information related to specific “rock-like” products sold at the Georgetown Walmart “around the times relevant to this litigation.”

That sure sounds relevant to us …

While the retail giant eventually provided the documents in question (in unredacted form), Smith claims in her motion that these documents were “improperly designated as ‘confidential’ by Walmart” in the first place.

In addition to these “shenanigans,” Smith’s motion also accused Walmart of delaying the production of documents related to “parking lot cleaning and maintenance” – unnecessarily dragging out the process for nearly four months.

Ultimately, these documents were turned over to Smith as well … but she is pushing to have Walmart held accountable regardless.

Let’s go a little deeper down the rabbit hole, shall we?

After (belatedly) receiving the information they were originally seeking, most attorneys would probably have been content to let the matter lie – having obtained documents likely to materially aid their cause of action in court. Not Smith, though.

In her motion for sanctions, the 30-year-old firebrand excoriates Walmart in no uncertain terms – accusing the company of conduct that could adversely impact future plaintiffs unless it put in check.

“Walmart has the power, motive and means to act unethically in order to prevent injured parties from effectively prosecuting these types of cases,” Smith wrote. “Walmart (also) has the resources and ability to destroy and wrongfully withhold documents and other tangible items of evidence that are within (its) sole control.”

Smith added that Walmart “has the capability and motive to continue committing similar evasive discovery tactics unless and until a sufficient penalty is imposed … to deter this behavior.”

Is Smith correct in her assertions?

In researching these allegations, this news outlet has uncovered a number of cases from across the country in which Walmart has been accused of – and sanctioned for – abusing the discovery process.

“Walmart’s chronic abuse of the discovery rules led to many sanctions throughout the course of this lawsuit, which predictably caused both a needless waste of time and money,” attorney Mark Henry wrote in a motion filed in connection with the Arkansas case.

Last February, Walmart was ordered by a Texas trial court judge to pay $35,000 in sanctions after it was determined the company had committed “flagrant discovery abuses.”

Meanwhile, in October of 2019 the U.S. Equal Employment Opportunity Commission (EEOC) blasted Walmart for “delay tactics” in a case involving alleged discrimination against pregnant women employed at one of its warehouses in Wisconsin.

“After engaging in lengthy delay tactics, (Walmart) has recently informed EEOC that it will not provide a complete response,” the agency noted in a court filing.

We reached out to Smith (above) for comment after obtaining her motion for sanctions, asking her why she was still pursuing such a recourse despite having received the documents she requested.

“The court’s enforcement of discovery rules that require transparency amongst the parties is critical in order to uphold the standards of fairness and integrity that our justice system is built upon,” Smith said in an email statement provided to this news outlet. “All parties in litigation are required to play by the same rules regardless of whether the party is an individual or a billion-dollar corporation. Fairness at trial is jeopardized when we don’t hold large corporations accountable and require them to follow the rules.”

Smith also told us that delaying tactics like those allegedly employed by Walmart are even more insidious given the limitations placed on the nation’s court system as a result of the coronavirus pandemic.

“Unfortunately, the COVID-19 pandemic has created logistical issues that have affected our ability to conduct meaningful in-person depositions in order to gather testimony in preparation of trial,” Smith added. “COVID-19 has also prevented our courts from operating under normal circumstances. While the legal profession has significantly adapted to this new virtual normal, resuming a regular schedule of non-emergency civil jury trials that require public involvement has proved challenging. Corporate defendants often benefit from prolonged delays in litigation whereas individual people are more likely to face financial hardship in waiting for their trial date.”

This news outlet reached out to Walmart in an effort to get its perspective on the allegations raised in this report. Not only did we receive an on-the-record response from the company’s home office in Bentonville, Arkansas, but Walmart officials indicated they would be willing to provide us with additional information once Smith’s motion for sanctions has been heard by a judge.

“We respect rules of the court and our discovery obligations,” company spokesman Randy Hargrove said in a statement. “We believe we are in complete compliance with the rules of the Court. We’ve had ongoing open communication with Ms. Mccray’s attorney and provided the requested documents over two months ago.  It’s surprising she continues to pursue sanctions, especially considering she never filed a Motion to Compel related to these discovery issues.  We intend to defend ourselves to the Court.”


As of November 2020, Walmart operated 84 “Supercenters,” 26 neighborhood markets and 13 Sam’s Clubs in South Carolina. The company also operated four distribution centers in the state – and is preparing to open another such facility in Dorchester, S.C. in September 2021.

Walmart employs an estimated 31,613 “associates” in the Palmetto State – with full-time and part-time hourly field associates earning an average wage of $13.78, according to the company. The company also spent an estimated $910 million with 607 different South Carolina suppliers in 2020, supporting another 24,281 jobs.

Walmart paid $116.5 million in taxes to the state as well, and donated $18 million to South Carolina-based charities.

Nationwide, Walmart operated an estimated 11,500 stores as of last fall – generating a staggering $523.4 billion worth of revenue.

This news outlet will keep a close eye on this case as it moves forward with a particular eye on next week’s hearing in front of judge Bentley.