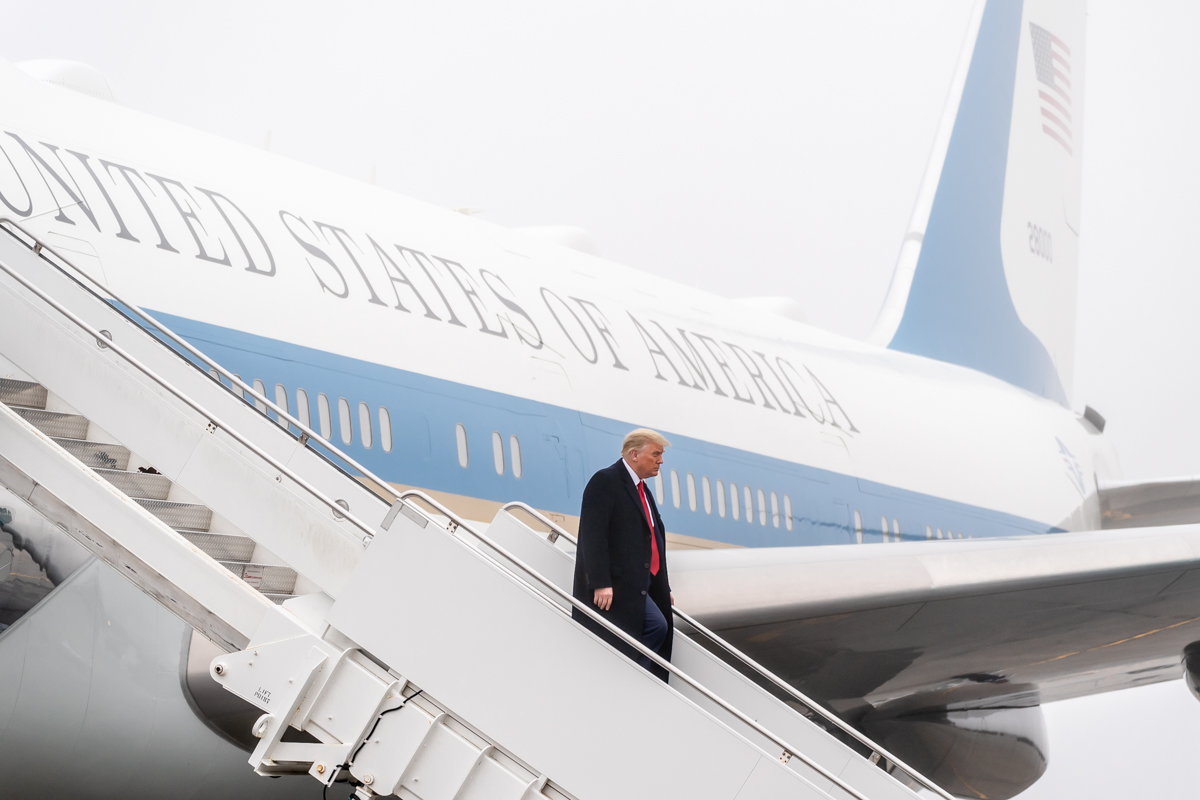 Throwing a monkey wrench into what seemed like a done deal, U.S. president Donald Trump rebuked a bipartisan “stimulus” proposal this week – arguing it contained far too much pork and not enough relief for individual income earners.

“The bill they are now planning to send back to my desk is much different than anticipated,” Trump said in a video posted to Twitter. “It really is a disgrace.”

Congress passed a $900 billion “stimulus” earlier this week, but Trump is calling on Republicans and Democrats to go back to the drawing board and rework what he referred to as “ridiculously low” payments to individual Americans.

Specifically, he wants them increase the amount of aid provided to individual income earners from $600 to $2,000, on average.

The stimulus checks accounted for $166 billion of the initial proposal. Assuming Trump’s demand is met, the price tag for this part of the bill would soar to more than $550 billion.

In addition to increasing aid to individual Americans, Trump wants congressional negotiators to scrap much of the other spending contained in the “stimulus.”

“I’m also asking Congress to immediately get rid of the wasteful and unnecessary items from this legislation, and to send me a suitable bill, or else the next administration will have to deliver a COVID relief package,” Trump said.

“And maybe that administration will be me,” he added, referring to his ongoing challenges to the legitimacy of the November 2020 election.

Do we agree with Trump? On this, yes.


In our original reporting on this proposal, we noted that it incentivized dependency and awarded “bailouts to agencies performing non-core functions of government.”

A closer inspection of the legislation has revealed a host of pork, including $10 million for “gender programs” … in Pakistan.

Another $500 million in defense appropriations – for Israel – was also tucked away in the bill. This perpetuates the United States’ ongoing subsidization of other nations’ militaries – something this news outlet has repeatedly railed against.

“Let’s do it!” Pelosi tweeted, although she slammed Republicans for “repeatedly refus(ing) to say what amount the president wanted for direct checks.”


Pelosi also declined to support Trump in his call to remove “wasteful and unnecessary” items from the legislation.

Which shocked no one …

Don’t get us wrong: Trump has been no hero on fiscal issues. In fact, his failure to live up to his fiscal promises is the primary reason this news outlet declined to endorse his candidacy in 2020. Having said that, removing pork barrel appropriations from this bill and routing that money directly to individual taxpayers makes sense.

As we noted ahead of the first “stimulus,” they must be the priority.

“All relief must be targeted to the individual income earners and small businesses that drive – or rather, were driving our economy before this crisis hit,” we wrote back in March.

To the extent Trump’s insertion into this debate advances that objective, we support it …

And let’s be honest, there is little doubt U.S. president-elect Joe Biden would have signed this boondoggle had he been in office.