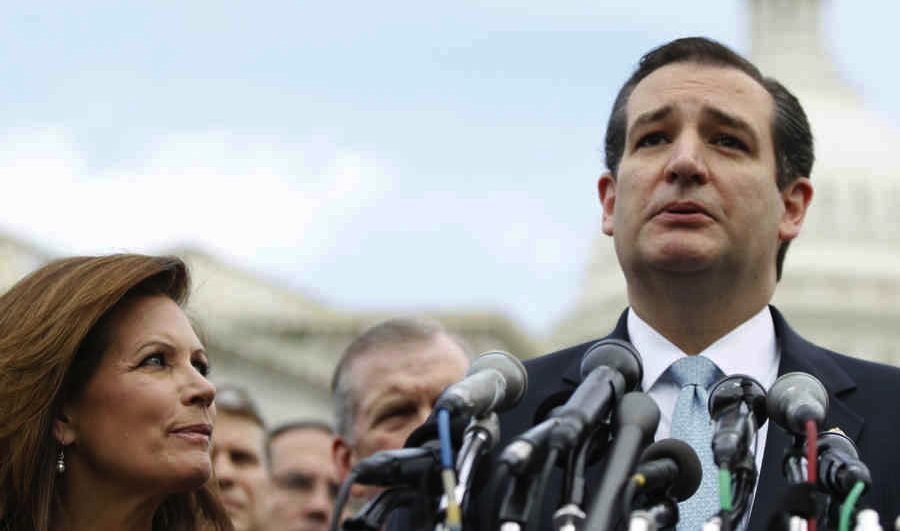 U.S. Sen. Ted Cruz (R-Texas) will renounce his Canadian citizenship, a sign that he is seriously considering seeking the 2016 Republican presidential nomination.

“Serving as a U.S. senator, I think it’s appropriate I be only an American,” Cruz told CNN’s Candy Crowley.

Cruz is a dual citizen of the United States and Canada – having been born in Alberta, Canada to an American mother. Prior to his announcement, Cruz’s campaign had claimed that dual citizenship did not apply in his case.

“He never had Canadian citizenship, so there is nothing to renounce,” a Cruz spokesman said earlier this week.

Apparently they took a closer look at the situation …

Article II, Section 1 of the U.S. Constitution maintains that “No person except a natural born Citizen, or a Citizen of the United States, at the time of the Adoption of this Constitution, shall be eligible to the Office of President; neither shall any Person be eligible to that Office who shall not have attained to the Age of thirty-five Years, and been fourteen Years a Resident within the United States.”

Cruz’s decision makes sense … and we agree with him that the whole citizenship debate is silly. However establishment Republicans are jumping at the opportunity to turn the issue into

“During a time when the (Republican Party) is desperately trying to establish good faith relationships with minority voters – and spending millions to do it – Ted Cruz is renouncing his dual citizenship giving the impression that holding dual citizenship is beneath him,” the establishment Republican blog GOPWrite.com observed. “What kind of message does this send to the millions of Americans who hold dual citizenship?”

Um … it sends a Lee Greenwood message, doesn’t it?

The blog added that sources close to former S.C. Speaker (and U.S. Ambassador to Canada) David Wilkins (RINO-Greenville) were ripping Cruz as well – referring to his renunciation as “uncivilized” and “sloppy.”

According to recent polling, Cruz is supported by 12 percent of Republican voters in a hypothetical GOP primary election. U.S. Sen. Rand Paul (R-Kentucky) led the way with the support of 16 percent of GOP primary voters.