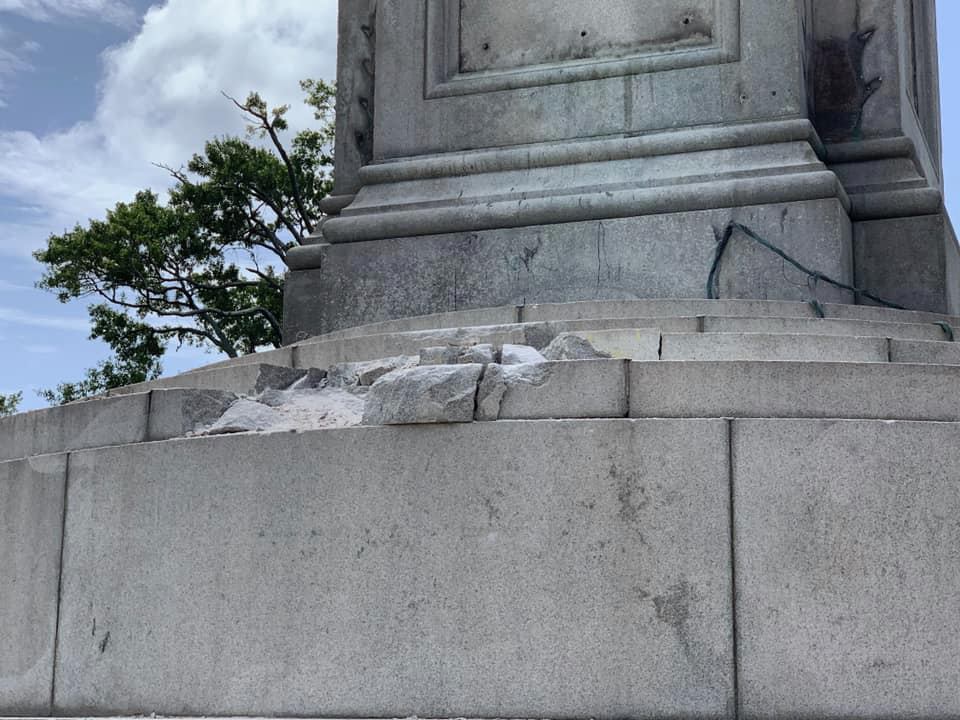 On the last episode of Bravo TV’s Southern Charm, entitled “Single and Ready To Pringle” the series was following its usual pattern, more or less. The new playboy John Pringle was on the prowl – drinking, flirting, and riding a mechanical bull, while the new gal, Leva Bonaparte, threw a lavish Persian dinner for the ladies of the series.

In the vernacular of After School Special, though, this week was a “very special episode” of Southern Charm – and while I am struggling to find much humor in it (I try to keep these recaps pithy with a dose of snark), I will give it my best shot.

From the first episode of its seventh season, Southern Charm has teased the coming of Covid-19 like the shark on Jaws drawing nearer (ba-dum, ba-dum, bad-um). The interspersing of press conferences is curious as politicians are clumped together on the dais talking about “states of emergency” as our Charmers tune into their local news.

Amidst the lockdown, there is a deep divide in the cast in terms of how seriously the virus is being taken. Craig and Austen mock the show’s creator/ sometimes cast member/ executive producer Whitney Sudler-Smith for wanting to keep a substantial distance between himself and the barflies while day-drinking Scotch from a bottle outdoors. Meanwhile Leva and Madison are concerned for their businesses and their families.

Throw in the protests/ marches/ riots following the killing of George Floyd in May and the series finds itself forced to acknowledge external events instead of just the drama which transpires amongst the members of the group.

Fast forward to June and another press conference at which it is announced that the city can’t stay closed forever. Craig, who has taken over narration duties from departed cast mate Cameran Eubanks, announces that “Charleston is back. Sort of.”

The series has taken to letting us know what month it is with a black screen flashing “JUNE” and an alarm chime that sounds eerily familiar to Law & Order.

Cast matriarch Patricia Altschul emerges from her home showing a lot of leg, and trust me – they are worth showing off (to more than just Michael Kelcourse the butler). She double checks on the anti-bacterial wipe and mask situation in the car, commenting that she and Michael are of a certain age where they are vulnerable.

Talk turns to her hair situation, whereupon she states that it has been so long since her last haircut that she is starting to look like an aging hippy. Michael has been stepping in for Madison and coloring Patricia’s hair during the self-imposed quarantine, because – like many of us – she’s not interested in being spotted with a gray skunk stripe of roots.

Next stop is Craig’s new rental. Between the last episode and this one, it’s hard not to notice Craig’s cough (foreshadowing?) but he gets on a Zoom call with one of his business partners, Jerry, from Washington, D.C. who appears to have been cast as the appropriate adult for this segment.

Jerry comments that things are rough in the Mid-Atlantic, while Craig responds that things are pretty easy-breezy in Charleston because Covid-19 never really came. Now, with the exception of perhaps Dr. Anthony Fauci, I don’t know if any of us would want to hear things we said back in the spring televised in December, but this teleconference is pretty cringe-worthy, with Jerry’s facial expression saying a lot about Craig’s overall concern and comments that Covid-19 is only in “the major cities,” and that people are overreacting.

News Flash: Craig has a girlfriend, Natalie (with the blue, green, or blue-green eyes), or at least he did in June (I see no sign of her on his Instagram, so I dunno). What I do know is that neither of them can shoot pool, and unless he wants to replace the felt on the table at the end of his lease, he should watch a Youtube video or lay off the cues.

Over at casa Shep Rose, Mr. Domesticated is making dinner and chatting with cute pup Craig. Taylor Ann Green, Shep’s girlfriend comes home (yep, she seems to have moved in), and all seems to be going well. He says he got “a peek into the white picket fence life” and didn’t hate it.

Is there hope for this confirmed bachelor? Wonders never cease!

Over at Madison’s house, we get to officially meet her mom, Tara, and her sister, Kaci, who have come over for lunch al fresco from Taco Boy. Dammit, now I want fresh corn on the cob (and not the weird frozen kind that Jax and Brittany from Vanderpump Rules eat daily). The ladies lunch and discuss being off of work for two months, and then the conversation turns to off-again, on-again Austen, and Madison says she’s lost her appetite.

Speak of the devil, slide across town and Austen is requesting an outdoor table for four to meet up with his family, including his sister, Katie, and parents, Wendy and Tom. Katie (check out her arms crossed body language) might be younger, but she seems to call the shots for the younger Krolls, as Austen jokes that he’s surprised that she let him hug his parents. Austen says he feels great (more foreshadowing, just wait for it).

Austen’s beer is now available in kegs, just in time for a global pandemic. Mama Kroll asks about Austen’s relationship with Madison, and he says that things have changed between them, and then the conversation is tossed back over to Madison in a Mr. Bridge and Mrs. Bridge style conversation (if you haven’t read the books by Evan S. Connell, I highly recommend them).

Madison says that pre-lockdown, she and Austen were “like, good.” She explains that she’s turning 30 this year, has a five-year plan, and is using the downtime to better herself while her man-child Austen seems to be doing the opposite using his time to play video games, which the ladies label “not sexy.”


The show tosses the commentary back to Austen, who admits that he has been hanging out with Craig and being frat boys. It seems that Katie and Tom are siding with Madison, while Wendy Kroll is taking a softer approach and asking Austen whether he and Madison are really compatible (we already know the answer, but we’ll humor them for a bit more).

At John Pringle’s house, his sons, Asher and Quinn (who are precious) are in town for the summer, having some quality time with dad. He cooks some breakfast while the little Pringles play video games. Madison calls to invite John to Austen’s birthday party which should be quite the bash.

At Danni Baird’s place, she’s hanging with her dog Lucy and painting when Leva calls to ask about cast member Kathryn Calhoun Dennis and a community event in Charleston. The event is a discussion over whether to take down a statute of vice president John C. Calhoun, KD’s ancestor and an ardent defender of the institution of slavery.

Danni, who has been a true ride or die friend (on and off the show) to Kathryn says she hasn’t heard from her in some time, while Leva mentions that ironically, she has – wondering aloud if she is KD’s only “non-white friend.” Leva references the “debacle” – or emoji-gate – in which Kathryn got into it online with a black progressive activist, posting a monkey emoji which obviously has serious racist undertones.

Leva then invites Danni to attend the gathering in reference to the Calhoun statue where various politicians ancestors and others will be speaking. “There’s a Calhoun statue?” Danni asks. Leva explains that the very large statue is in the center of Marion Square Park, and a group of ladies, including Gwynn’s owner Madison Simon, will be attending, and then meeting for lunch. Danni is in. Leva said she has not invited Kathryn.

FYI, the statue has since been removed.

Approaching the event, Leva, and a friend discuss the significance of Calhoun Street in Charleston. Joining them are Danni, Madison Simon, and Megan Pinckney, the fiancee of South Carolina politician Todd Rutherford.

Back to Kathryn’s house where she is still putting furniture together for the kids when Madison LeCroy calls – inviting her to Austen’s birthday party. KD admits that she’s been depressed and laying low since the Instagram argument which sparked media attention.

Kathryn says she’s been “bubble girl” since the encounter, avoiding everything and everyone in the hopes of sorting things out.

Back at the park, Leva invites the ladies to her restaurant Republic for lunch and further discussion about Calhoun, Kathryn, and the changes that she would like to see in the city of Charleston.

Lots of heavy and serious talk … for another article.

Over at the gym, Shep plans to meet Austen, who is a no-show. Shep calls to check in, and Austen admits he feels “flu-y” and a little achey. I’m still getting used to Shep being the reasonable one. Three days later, and Austen says he has tested positive for Covid-19 after spending the weekend with all of the boys and LeCroy. He dials up Madison (who does not look amused) on Zoom to tell her. The chat sounds more like a mother and child than a couple, as Austen, clutching his pearls talks about his shock at testing positive.

This is the most awkward fly on the wall situation with these two since that time when Madison walked in on Austen’s sleepover with his two bar friends. Austen throws out the “hope and pray” trope that makes everyone feel comforted, and Madison closes the Zoom call on him.

Jessica Simpson: Back To Bangin?