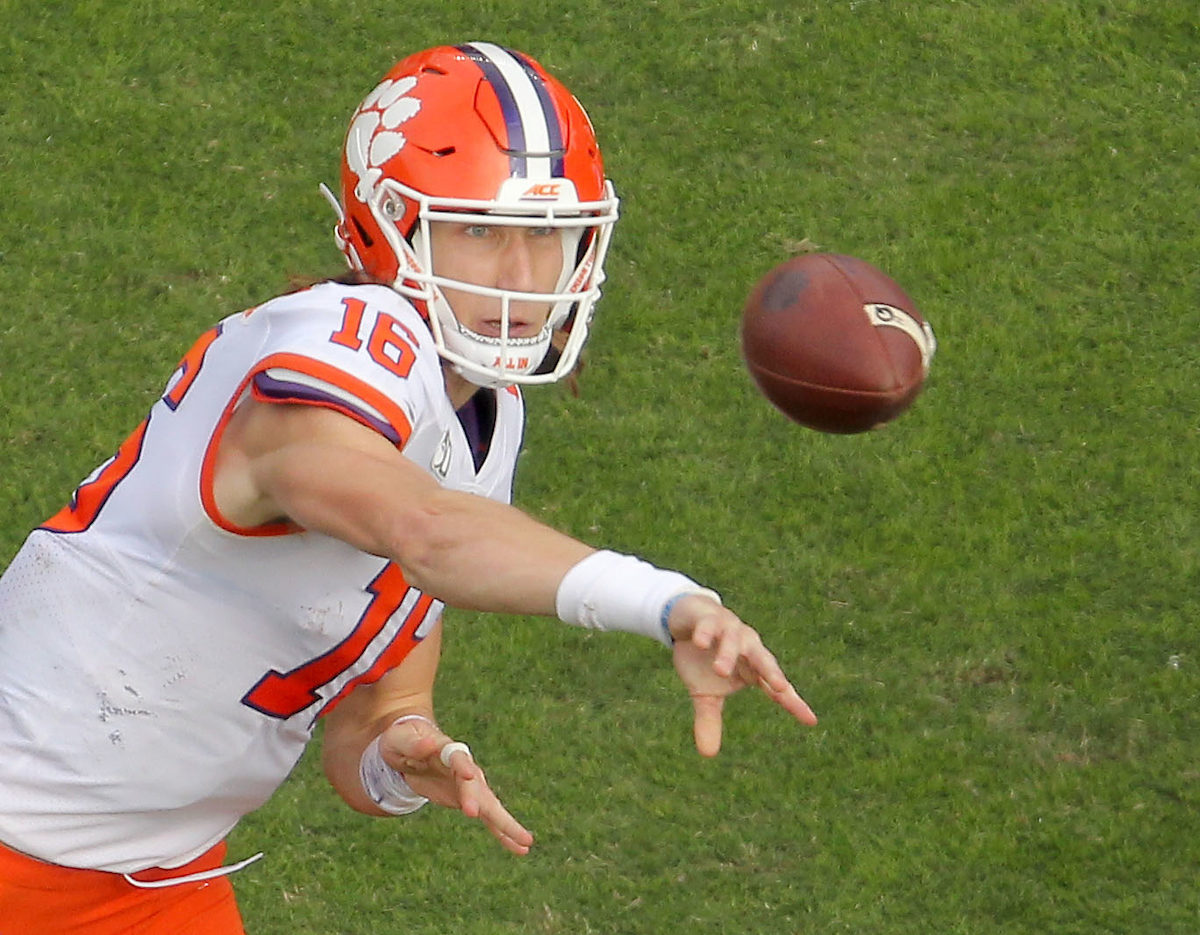 For the second time this season, one of Clemson University’s football opponents is opting out of playing the Tigers due to concerns regarding Covid-19. First, it was arch-rival South Carolina – which was compelled to pull the plug on its annual rivalry game (played continuously since 1909) due to a controversial conference-only scheduling format.

This week, Florida State University announced it was canceling its scheduled match-up with the Tigers only three hours before kickoff.

The game could be rescheduled for December 12, 2020, however it does not appear as though the two athletic departments are on the same page at the moment.

“They received the results after Clemson landed in Tallahassee,” Thamel noted. “The player traveled with the team. FSU officials weren’t comfortable playing because of potential spread.”

Kickoff from Doak Campbell Stadium had been scheduled for 12:00 p.m. EST, with odds makers installing the fourth-ranked Tigers (7-1) as 35.5-point favorites over the hapless Seminoles (2-6).

No one expected the matchup to be competitive … especially with Florida State down to just two scholarship quarterbacks (one of whom is injured).


“Our first priority is the health of our student-athletes, and I appreciate the protocols that have been put in place by FSU and the ACC to ensure everyone’s health while allowing us to play this season,” head coach Mike Norvell said in a statement. “It’s unfortunate that we will not have the opportunity to compete today, but we hope to be able to play Clemson in December. I am thankful for the support and coordination between our administration, Clemson and the ACC office. Our team will now turn our focus to hosting Virginia next week.”

Clemson disputed Florida State’s contention that it had failed to comply with Covid-19 protocols.

“We are disappointed that we will not be able to play today’s game against Florida State,” Clemson athletics director Dan Radakovich said in a statement. “Clemson has followed all of the ACC’s protocols in preparation for this game. We look ahead to returning to action next week against Pitt for Senior Day and Military Appreciation Day.”

Clemson players voiced frustration over the decision – and questioned whether Florida State was really motivated by coronavirus protocols in calling off the game.

Clemson quarterback Trevor Lawrence – who was preparing to return to action after missing two games with a positive Covid-19 test – made no bones about his suspicions.

“Man, we were ready to play,” Lawrence tweeted.

“There are things bigger than football, Trevor,” Tampa Bay Buccaneers podcast host Brett Rutherford tweeted in response to Lawrence. “We are in a pandemic.”

“You are right,” Lawrence responded in a since-deleted tweet. “Wish it was about the pandemic though.”

According to a statement released by the conference, the two teams were “unable to mutually agree on moving forward with the game.” Clemson officials reportedly attempted to convince Florida State to move the game to Sunday or Monday, but the Seminole athletics department declined.

Florida State leads Clemson 20-13 in this all-time series, which was first played in 1970. After losing eleven in a row to the Seminoles from 1992-2002, Clemson has won 11 of the last 17 matchups – including five straight wins and three consecutive blowouts.