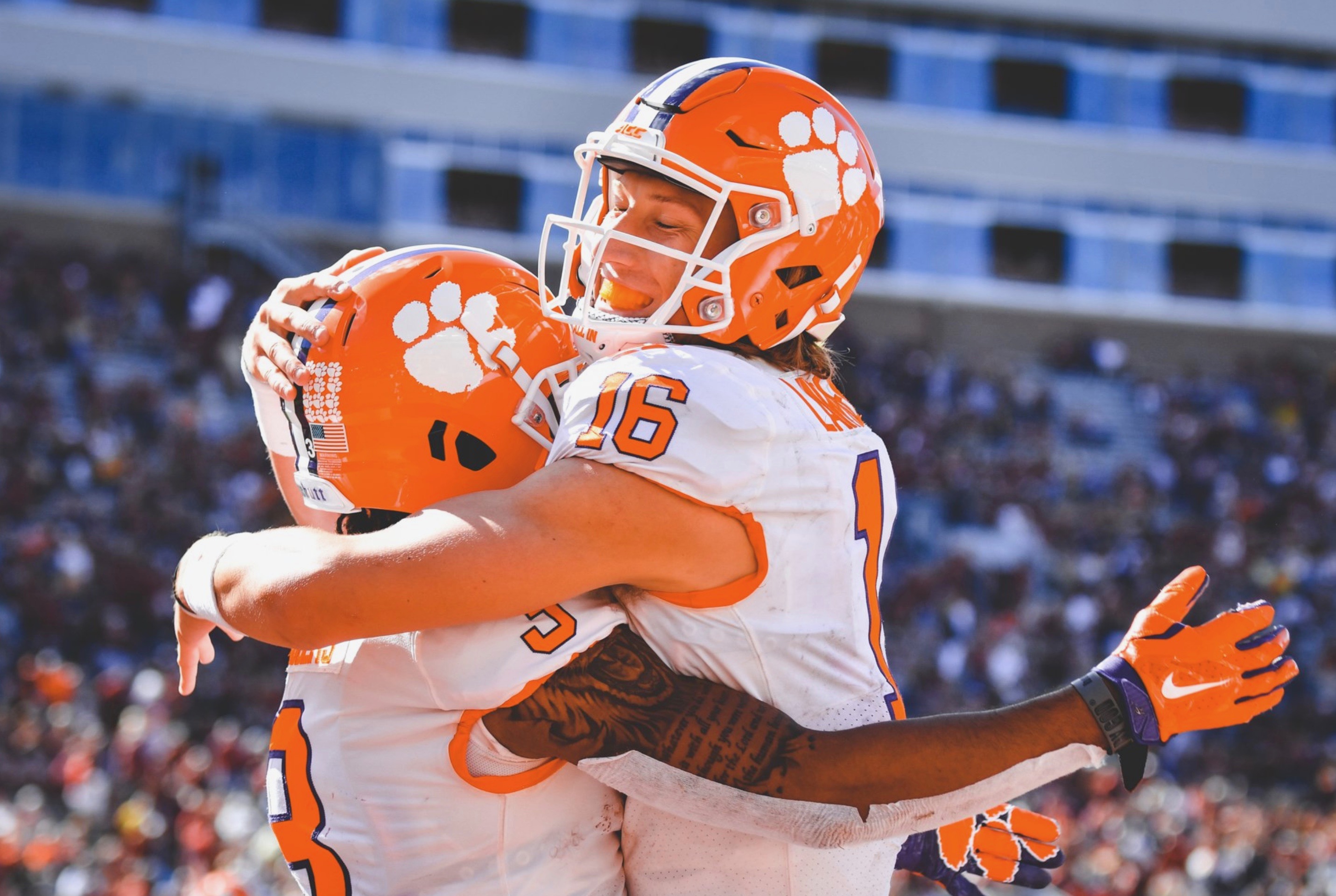 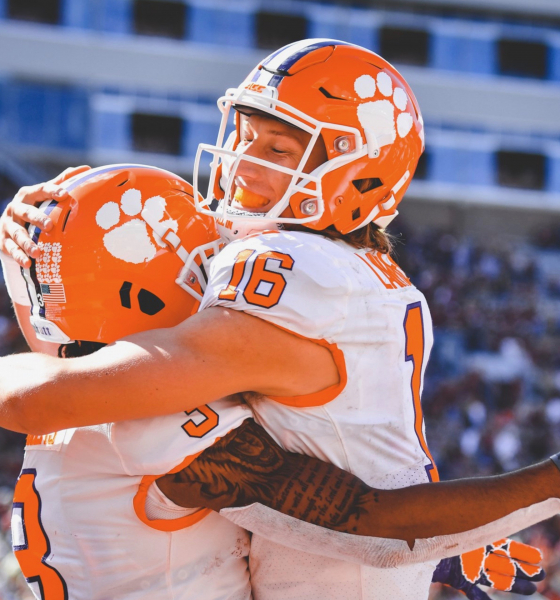 Another week, another beatdown …

Clemson University’s second-ranked football team is steamrolling conference opponents left and right … turning what used to be competitive rivalries into the sort of lopsided blowouts typically reserved for cupcake weekends.

Over the last three games, the Tigers have blitzkrieged ACC Atlantic division rivals Wake Forest, NC State and Florida State as if they were minor college opponents – outscoring them by a combined 163-20 margin (and out-gaining them by a 1,693-793 spread).

Oh, and a lot of those yards and points got scored on Clemson’s second- and third-team defenses.

In fact, when Clemson inserted third-string quarterback Ben Batson into the lineup during the fourth quarter of its 59-10 romp over the Seminoles on Saturday, all 72 Tigers who made the trip to Tallahassee had played.

Talk about being #AllIn (the team’s social media hashtag of choice during its recent run).

Are the Tigers that good?  Yes.

Are they “Alabama good?”  Maybe. 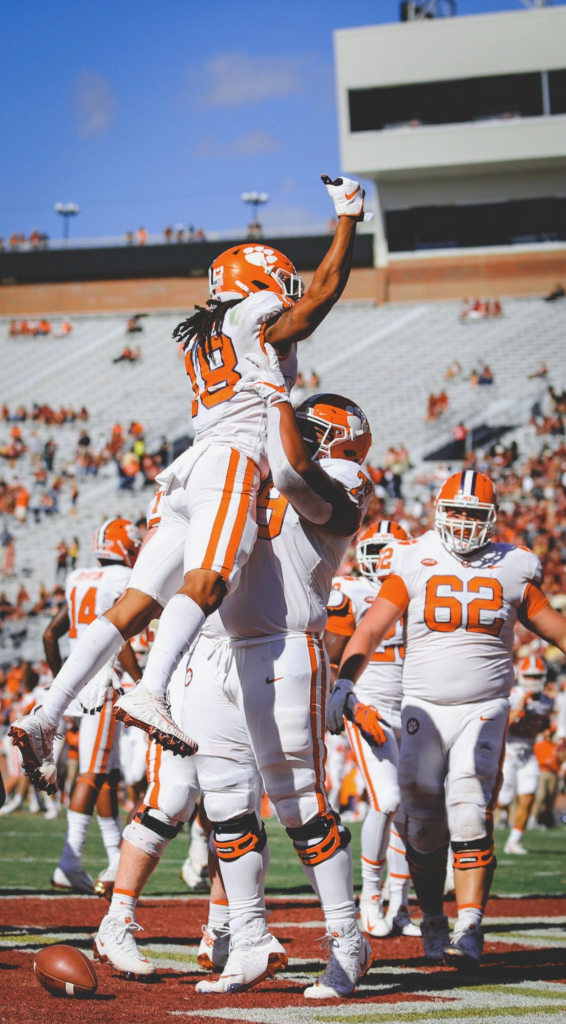 For yet another year, though, it is clear the Tigers and the Crimson Tide are the crème de la crème of the college football world – with the programs seemingly destined to meet for a fourth consecutive season in the College Football Playoff (CFP).

What’s not to enjoy for Tiger fans?

Clemson (8-0, 5-0 ACC) obliterated the once-proud Seminole program, seizing control of a game that was scoreless after the first quarter and turning it into a 45-0 laugher midway through the third quarter.   The Tigers scored forty-five unanswered points, people.  In the span of twenty minutes of football.

In fact, it was the worst home loss in the history of the Florida State program – which entered last season ranked No. 3 nationally and won a national championship just six years ago.  The 59 points hung up on the ‘Noles at Doak Campbell Stadium also established a new record. 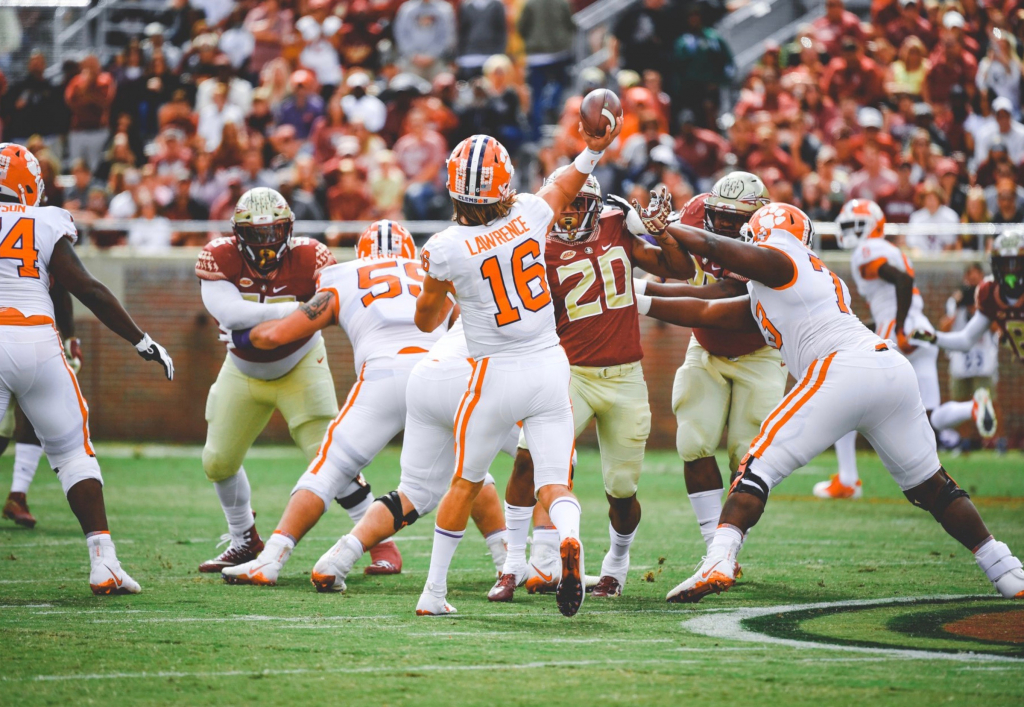 Lawrence has been nothing short of spectacular since taking over the job.  So far this year, he has thrown for 1,490 yards (a new Clemson freshman record) and sixteen touchdowns against only two interceptions.  Against the Seminoles he completed 20 of 37 passes for a career-high 314 yards and four scores (tying a career high he set just last month against Georgia Tech).

Lawrence’s aerial exploits have been supplemented by a bruising ground game led by sophomore tailback Travis Etienne – who has been working his way into the Heisman Trophy conversation as the leader of Clemson’s running back committee.

Etienne had only 45 yards on ten carries against Florida State, but the game got out of hand before he had a chance to pad his stats.

As has been the case for several years, though, real strength of this team continues to be its defensive unit – which returned three All-Americans from 2017.  One of those All-Americans, senior defensive tackle Christian Wilkins, got a treat on Saturday when his number was called on the offensive side of the ball.

The 6-foot-4, 315-pound lineman made the most of his opportunity – rumbling for a one-yard touchdown during the second quarter to put Clemson ahead 21-0.

Clemson has now defeated Florida State in four consecutive seasons, marking the first time the Seminoles have ever dropped four-in-a-row to a conference rival (Miami beat them four times in a row but that was before the Hurricanes joined the ACC).

Up next for the Tigers?  A home tilt against Louisville, which is in a rebuilding phase after losing former Heisman Trophy winner Lamar Jackson to the NFL.  Kickoff is at 12:00 p.m. EDT from Death Valley with ABC Sports providing national television coverage.