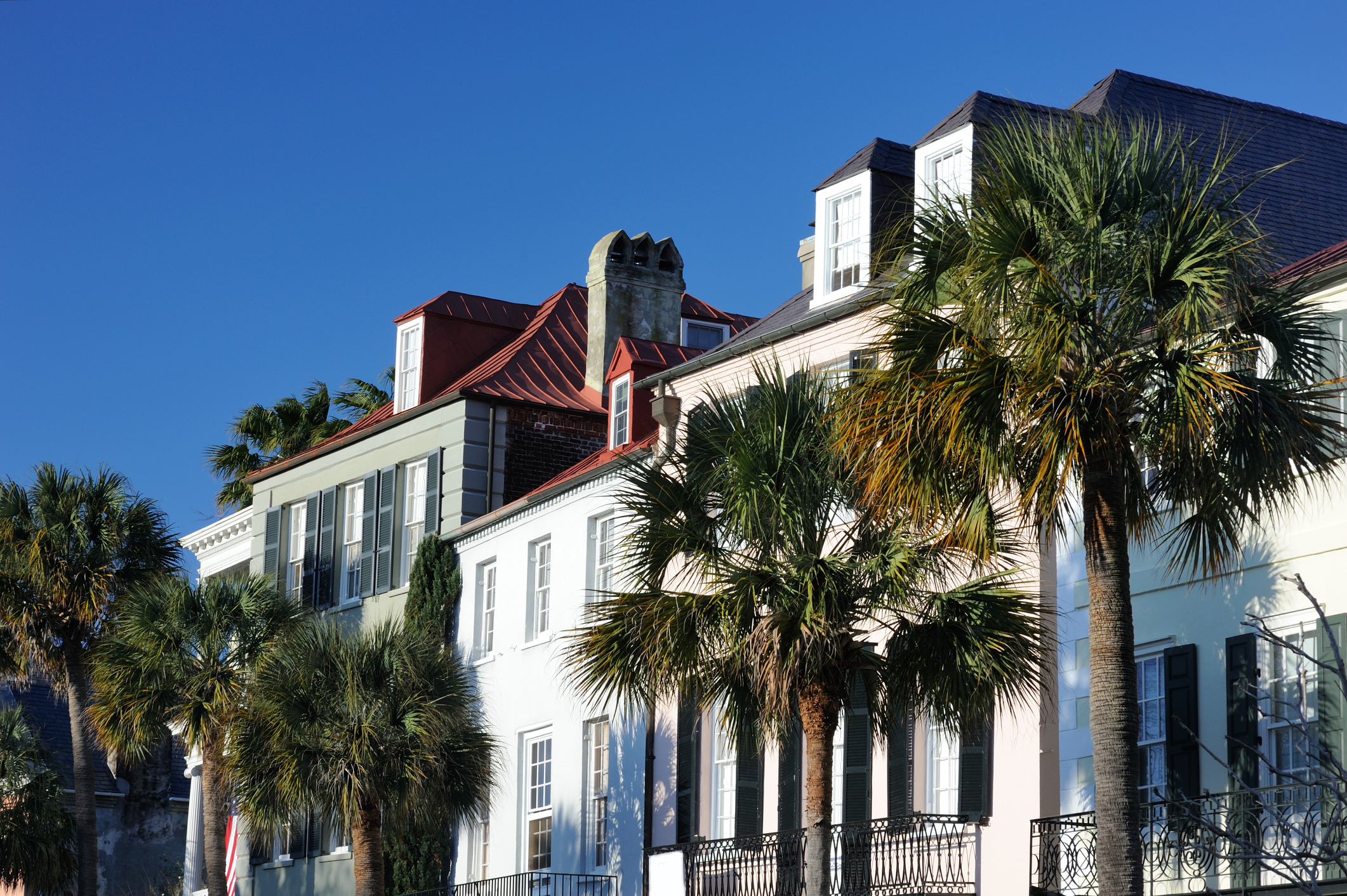 By the title of the latest episode of Bravo TV’s Southern Charm, it’s clear this is new guy John Pringle’s coming out party – introducing his storyline, which appears to be that of a newly divorced guy sniffing around Austen Kroll’s girlfriend, Madison LeCroy.

Oh John … we are all hoping this is one of two things: Either rebound behavior or some mishigas the show’s producers put you up to.

A man who can figure out how to keep things pleasant with an ex-wife cannot be so obtuse as to be introduced into a group of new friends and try to poach the first women who is “your type” just because the local Grande Dame Mrs. Patricia Altschul (and this is truly a dis to that woman on Real Housewives of Potomac) tells you to.

I’m not buying it.

When we last left our group, two tempests were brewing. Kathryn Dennis – while at Leva Bonaparte’s Persian party – received a message from a friend in the know that former cast-mate, baby daddy and disgraced politician Thomas Ravenel had allegedly knocked up a woman he had been casually dating (but no more).

Cementing his reputation as a car looking for a crash, there is history between the aging-yet-still-aspirational playboy and his new “love” interest.

It turns out Heather Mascoe – the woman Ravenel (above) allegedly impregnated – has another baby daddy, one who previously launched a campaign against Ravenel following his arrest on assault charges.

Before Ravenel’s puck got past the goalie (Southern Charm readers know hockey metaphors, right?), restauranteur Leo Chiagkouris warned Charlestonians about Ravenel with an online petition – and a banner hung from his home – after learning from his teen son and daughter that the mature playboy in tight white pants had reportedly been creeping overnight in their abode.

“Would any parent allow this convicted man to establish himself in your home while your children are present?” Chiagkouris wondered aloud. “This man was booked of 2nd Degree Assault and Battery … to a Former Nanny!”

What was Ravenel thinking climbing aboard this crazy train? Also – what was Mascoe thinking, hooking up with a guy who had just been indicted for sexually assaulting a member of his house staff?

Water does seek its own level, I suppose …

After all the garbage Kathryn has been through, I am sympathetic – but how many times does a guy need to show you exactly who he is before you believe him? I half-joked before that if KD hooked up with him again I’d push to have her institutionalized, but it’s just not funny anymore – and it’s actually depressing to see a young woman living in a Groundhog Day loop.

In your twenties you’ve outgrown him. Onward and upward girl!

Anyway, moving on to John Pringle and his new love triangle involving Austen and Madison. When we last saw Austen and John in a bar (color me shocked) Kroll gave Pringle some side eye after the newbie called Madison a “smoke show.”

Is Madison, in fact, a smoke show? Yes …

But do you share that observation with her jealous boyfriend? Only if you (or Bravo) want a reaction.

And so on the fourth episode of the seventh season of Southern Charm, “Pringle and Ready to Mingle,” we open with the COVID announcement – meaning your reality is finally creeping into, umm, reality. In the nascency of the viral outbreak, Whitney Sudler-Smith opens the gate of casa Patricia and tosses Craig Conover some toilet paper, because he’s apparently stocked up on liquor but not groceries.

Danni Baird and Leva are waiting outside of KD’s house in order to help her get her new place in gear to move out of Ravenel’s rental. Madison drops in with some Prosecco and the games begin. Leva is the master with a stud finder (girl, I like you more each day, bringing the DeWalt!

At Austen’s, Craig thinks coronavirus is “not a thing” (I’ll give him some leeway, and acknowledge it’s March at the time this was filmed).

The next conversation leads to an Austen after-party, where Pringle, over-served, snuggles Madison. This gets Austen’s hackles up, but Pringle turned on the dad voice, freaking everyone out. Craig and Austen agree that there is a mastermind behind this power play, and it’s Patricia. Austen thinks it’s that Miss Pat wants someone with solid money for Madison, but I disagree. The last straw for Patricia was the notorious barfly sleepover party exclusively reported by FITSNews a few seasons ago.

The line was drawn in the sand, and it was game over for Mr. Kroll.


At Pringle’s house, he FaceTime’s his sister and talks about COVID and his kids coming to visit. He also mentions concern after the dust-up with Austen, because Patricia is throwing a men’s dinner party.

There is a mix of disbelief and nostalgia for our collective naiveté when were first heard about COVID-19. The idea that simply washing your hands and keeping yourself tidy would keep you safe. Like the “apple a day keeps the doctor away” trope.

The voiceover announces it is March 11, meaning the cast has six days until lockdown.

Madison Simon and KD are working on content at Gwynn’s, and after talking about a buying trip, Madison suggests that Kathryn gets up to speed on what is going on beyond the Charleston city limits, because many fashion houses in New York have closed.

John and Craig meet up to find some proper duds for the dinner party. Craig says they need to be eloquently dressed. Umm, talk less, read more Craig. John shows up, and admits that he wants to impress Miss Patricia at the dinner party with his cocktail attire. When asked if he will choose to be friends with Austen or pursue Madison, John answers “TBD.”

Patricia and Madison (above) are having a FaceTime chat, and you see the master at work, and let’s just say she is not letting up on her quest to find Madison a man to replace Austen.

As with many of us, the idea of a worldwide pandemic sinks in slowly with losses of business and tourism. Leva meets with her staff to figure out their next step and ponders the financial impact closures would have.

(Spoiler alert: It gets bad).

We also learn that Craig (above) is something of a conspiracy nut, who not only doubts the strength of the pandemic – but the existence of the virus at all. Shep Rose jokes that he’s like Alex Jones, and possibly blames everything on 5G phone service. FaceTime Whitney tells Craig and Shep that the dinner party is postponed as he and Patricia are in lockdown, so Craig suggests that he’ll have a housewarming party with only people he knows. Oy.

Madison, Austen, and Hudson meet for some ice cream and faux tattoos. I must say, Austen is great with Hudson, and not in a bro way, but in a fatherly way.

Back at Craig’s, he’s coughing, and lamenting the close of the world while talking with John.

No matter how many episodes we are going to get this year, it’s going to be a long season. Reliving the last few months is beyond a bummer …

The Duggars Got Cancelled