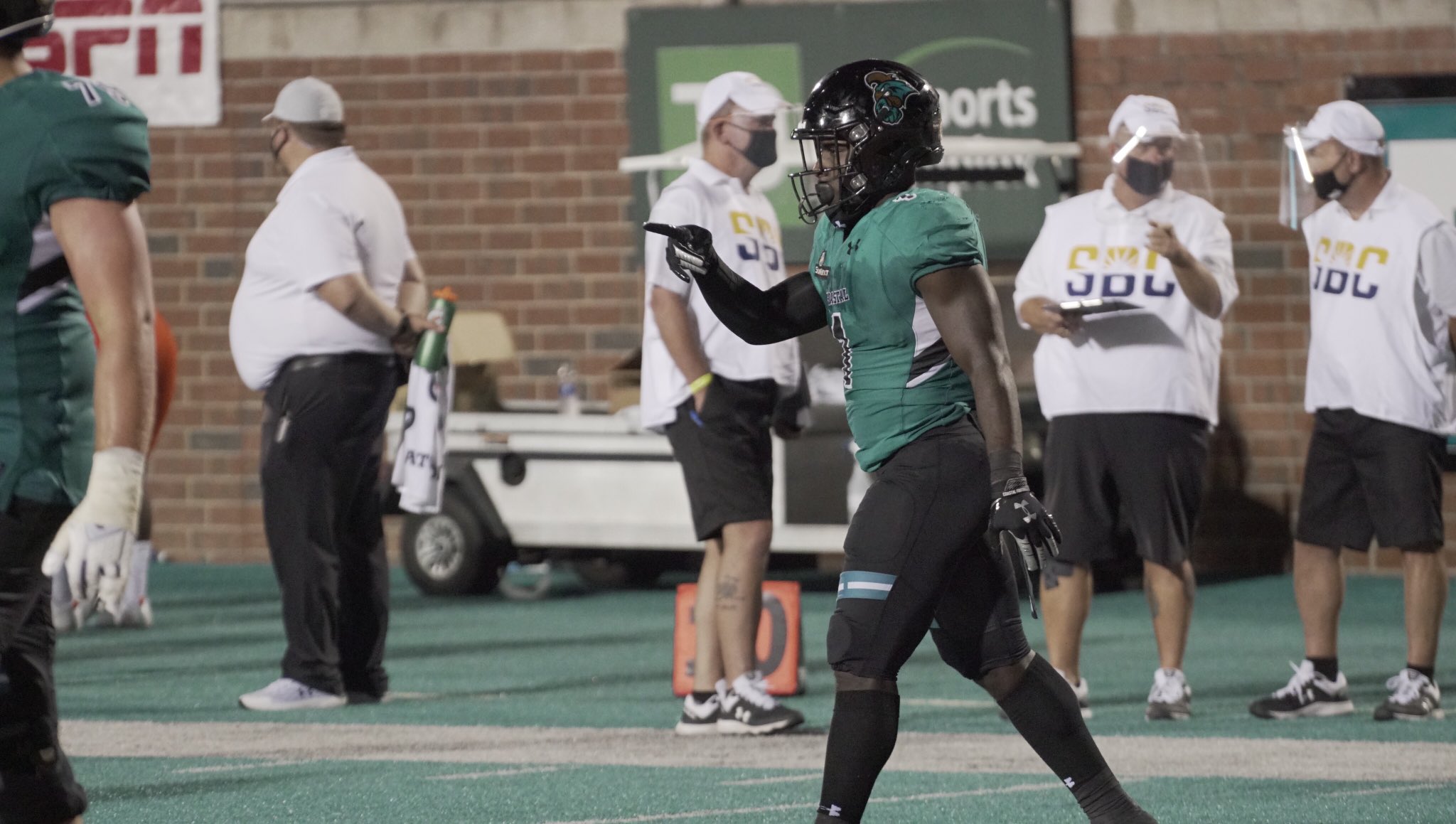 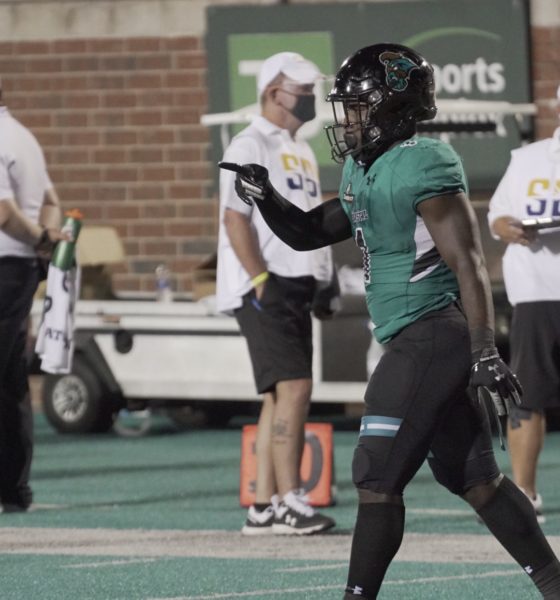 Can the Chanticleers pull off a program-defining upset on the road in Lafayette?

Despite never qualifying for a bowl game in its brief history as a member of the Football Bowl Subdivision (FBS), third-year head coach Jamey Chadwell and the Coastal Carolina Chanticleers are off to a roaring start in 2020 – defeating Kansas, Campbell, and Arkansas State en route to their first 3-0 start as a member of college football’s top division.

When Coastal Carolina takes the field Wednesday evening it will be the program’s most important game since bolting the Big South Conference for the Sun Belt Conference on July 1, 2016.

The Chants are facing off against their first-ever Top 25 opponent – No. 21 Louisiana, which is also off to a 3-0 start (including a win over then No. 23 Iowa State).

This contest was originally scheduled for October 17, 2020, but was bumped up to October 10 when Louisiana’s game against Appalachian State was postponed. It was then moved to its current weeknight slot due to concerns relating to Hurricane Delta, a category two storm that made landfall Friday evening along the Gulf Coast. Delta brought 100-mile-per-hour sustained winds, heavy rain, and left 170,000 Pelican State residents without power.

As the only college or professional game scheduled for Wednesday, fans from across the country will be tuning into this battle between two schools looking to remain undefeated in the emerging Sun Belt Conference. Coastal and Louisiana embarrassed the struggling Big 12 Conference on opening weekend, as the Chants and Cajuns defeated Kansas and Iowa State, respectively, by a combined score of 69-37.

Coastal has won its three previous game by an average of 24 points – but Louisiana has reached its current undefeated status by winning nail-biters in heated early Sun Belt Conference competition.

Louisiana handed the Eagles the heartbreaking loss on a 53-yard dagger from placekicker Nate Snyder, who had connected on only one of four field goals attempts prior to nailing the miraculous game-winner from a distance normally reserved for NFL kickers.

Like a college basketball team participating in March Madness, the Cajuns have lived on the edge in this pandemic-shortened season – winning each of their last two contests by an average of just 2.5 points.

After Coastal Carolina dismantled Arkansas State 52-23 at Brooks Stadium in Conway on October 3, the Sun Belt’s collective attention now shifts to Lafayette and the first real national marquee matchup for this up-and-coming conference.

While Coastal captured the Football Championship Subdivision (FCS) Big South title on seven occasions under former coaches David Bennett and Joe Moglia, this is the program’s first shot at making a name for itself since transitioning to the FBS ahead of the 2017 campaign.

Coastal Carolina garnered 37 votes in the October 12 edition of the AP Top 25 poll, amounting to the No. 32 overall position in the nation. They have now officially passed fifth-year head coach Will Muschamp and the South Carolina Gamecocks as the Palmetto State’s No. 2 team.

The Chanticleers’ rise to prominence has certainly been boosted by a potent running game and stout defense – but strong-armed, fleet-footed dual-threat quarterback Grayson McCall has been the real key to its early success. The 6-foot-3, 200-pound freshman from of Indian Trail, North Carolina has been a huge problem for opposing defenses thus far in 2020.

In three contests, McCall has commanded Coastal Carolina’s explosive triple-option offense with poise and confidence behind the mentorship of co-offensive coordinator Willy Korn – a former four-star prospect who started his collegiate career at Clemson University.

While Coastal’s offense is run-based, McCall has still completed 66.7 percent of passes for 728 yards, nine touchdowns, and one interception – while contributing 139 yards on the ground. He is averaging 4.5 yards per carry and has scored two touchdowns on his way to becoming the Chants’ second-leading rusher.


McCall is also averaging 17.33 yards per completion – outpacing Alabama junior Mac Jones, Ole Miss sophomore Matt Corral, and every NCAA quarterback in the nation (and that’s after an 111-point scoring outbreak in the Crimson Tide’s 63-48 basketball-score victory against the Rebels on Saturday).

McCall’s partner in crime is 5-foot-10, 200 pound running back C.J Marable. The senior tailback from Decatur, Georgia is leading the team with 190 yards on 47 attempts – accounting for three touchdowns overall. Led by Marable, the Chanticleers own the No. 21 rushing attack in the nation with an average of 198.3 yards per game.

Brown is a native of Graniteville, S.C.

The Chanticleers defense will be responsible for containing Levi Lewis, a 5-foot-10, 184-pound senior who has tossed for 723 yards, four touchdowns, and three interceptions so far this season.

However, the Baton Rouge, Louisiana native will potentially be without many characters in his supporting cast. The good news for the Cajuns is that 5-foot-11 senior running back Elijah Mitchell, who has recorded an eye-popping 8.8 yards per carry, is listed as a probable returnee.

Protecting the football will be key in this matchup, and both teams do a very good job when it comes to the possession game. Coastal Carolina and Louisiana are currently tied for No. 1 in the Sun Belt and No. 10 nationally in turnover margin – boasting a plus-three in this critical category.

According to the latest line from OddsShark.com, Louisiana enters this game as a 7.5-point favorite at home. Meanwhile, ESPN’s matchup predictor gives the Cajuns a 70.7 percent chance at victory.