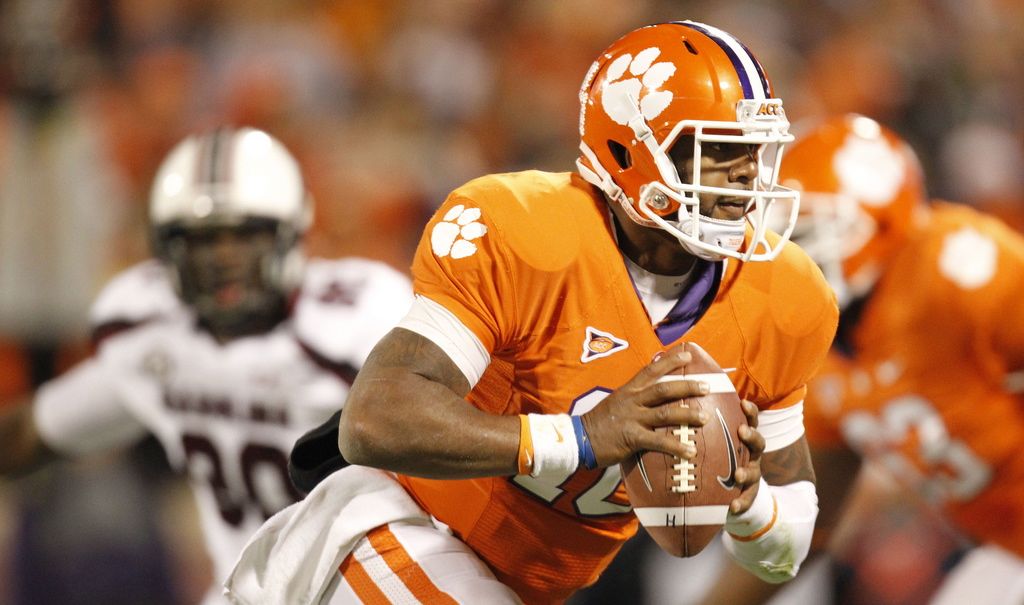 We knew this was going to catch on …

Here’s Clemson University’s All-American quarterback Tajh Boyd – who elected to return for his senior season in Tigertown – getting “four-bombed.” 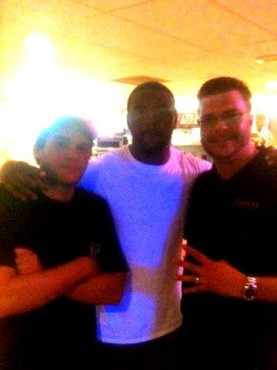 What’s a “four-bomb?” Right: It’s when a University of South Carolina fan tricks an unsuspecting Clemson player or coach into posing for a picture – one in which the fan covertly raises four fingers to symbolize the Gamecocks’ four consecutive victories over the Tigers.

The first “four-bomb” victim? Clemson head coach Dabo Swinney, who got punked by a couple of kids.

Despite their four consecutive losses to their arch rivals, Boyd and the Tigers are a big part of a broader Palmetto pigskin renaissance that has seen both of the state’s major Division I-A (a.k.a. “FBS”) programs rise to national prominence.

Also, in light of Boyd’s heroic performance in the Tigers’ big Chick-fil-A Bowl win over SEC powerhouse Louisiana State, there’s no denying he’s one of the most talented quarterbacks in the nation – and the driver of one of college football’s most prolific offenses.

UPDATE: If you’d like to try and “four-bomb” Boyd yourself, he’ll be in Columbia, S.C. on Thursday night for the local Clemson Club’s annual “Prowl and Growl” event at the EdVenture Children’s Museum.