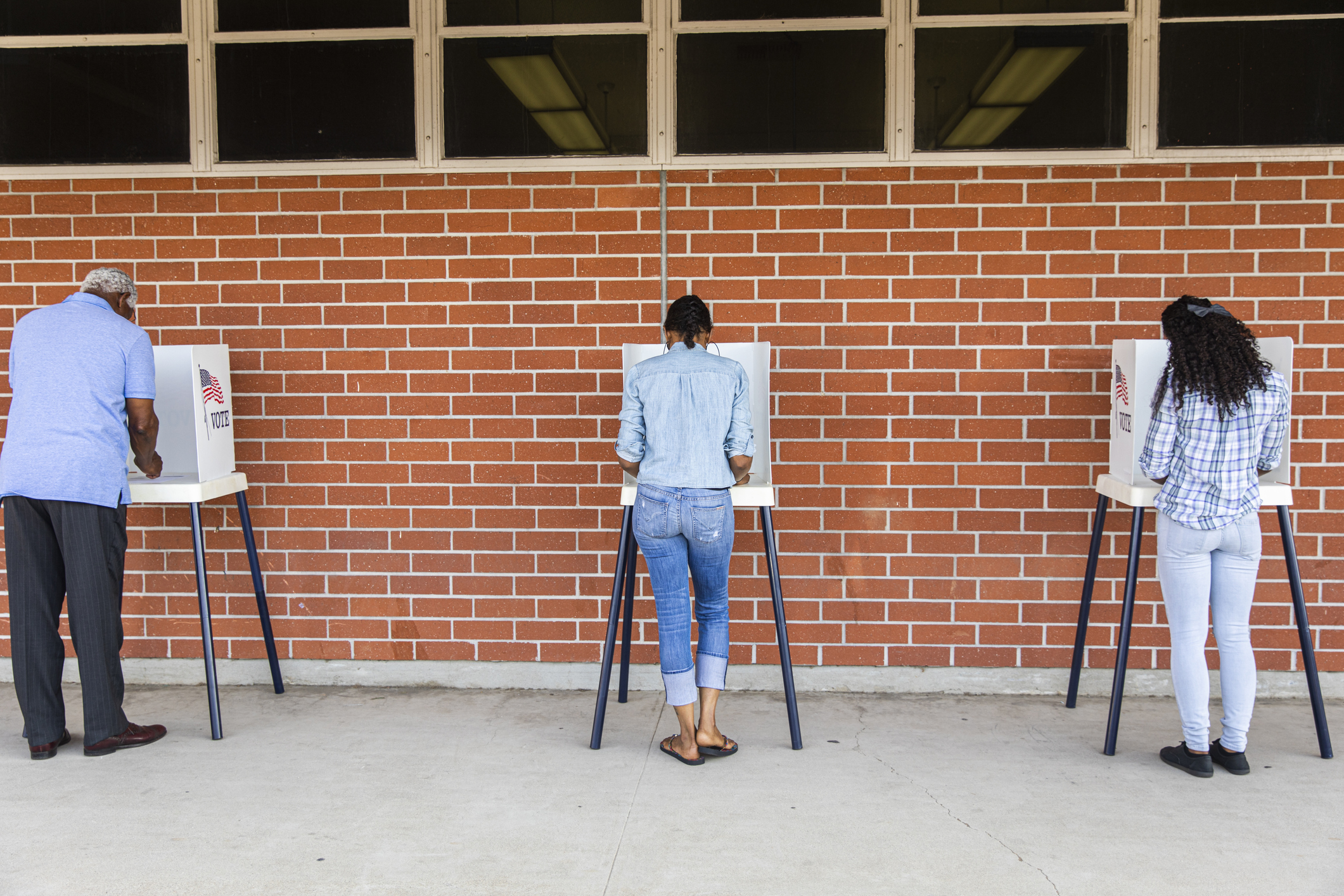 A former staffer at the Clarendon county, South Carolina voter registration and elections board is alleging all manner of improprieties against her ex-boss – including a seismic charge that the leader of the agency supplied urine to another employee so that she could pass a county-mandated drug test.

Former elections employee Princess Lang held a press conference in Manning, S.C. last week to detail several of the allegations she is leveling against Shirley Black-Oliver – the director of the agency.

“Over the last two years there have been a series of systematic issues that I have questioned my supervisor about – a series of things that I saw as unethical and morally wrong,” Lang said in a Facebook video.

Among those “things?” An allegation that Black-Oliver was “accepting cash for personal reasons from candidates or their supporters” in exchange for favorable treatment of these “preferred” candidates.

Obviously, that would be a no-no …

But audible gasps were heard from those attending Lang’s press conference when she accused Black-Oliver of “urinating for a family member who at the time could not pass a county-required drug test.”

In a follow-up interview with this news outlet, Lang confirmed the charge – claiming the employee she was referring to is her half-sister, Shiquita Black (the niece of the county election director).

Lang was terminated from her position as deputy director of the agency on Thursday, September 3, 2020 after fourteen years with the agency. She claims Black-Oliver offered “no reason” for firing her.

But Lang said she knew “the real reason” she lost her job – the fact she became a whistleblower seeking to expose alleged improprieties within the office, which is responsible for administering elections in this rural county.


According to Lang, Black-Oliver would routinely accept cash handouts of anywhere between $80 and $100 from “candidates or their representatives” for meals. These “candidates of choice” would then receive preferential treatment from the office, Lang alleged.

Sources familiar with some of the evidence Lang has presented hinted that there could be additional, more serious allegations yet to come involving fundamental electoral integrity issues within the county.

This news outlet reached out to the local election board for comment but did not immediately receive a reply. If that changes, we will be sure to let our readers know. And as always, our news outlet has an open microphone policy for those looking to respond more extensively to issues raised by our coverage (or looking to proactively raise issues of their own).

State election officials were also not immediately available to comment on the allegations. One source with the S.C. Election Commission (SCVotes.gov) indicated the agency was aware of Lang’s claims from the Facebook video but they disputed her assertion that she provided them with a letter detailing the charges.

Clarendon county is located in the impoverished Interstate 95 corridor of South Carolina between the Midlands region of the state and its coastal areas. It is home to an estimated 33,000 people – roughly one out of four of whom are living below the poverty line.

The county is predominantly Democratic, although U.S. president Donald Trump did better than expected there in 2016 – drawing 47.98 percent of the vote compared to Democratic nominee Hillary Clinton’s 50.22 percent.

Needless to say, we will be keeping close tabs on this situation as it develops …