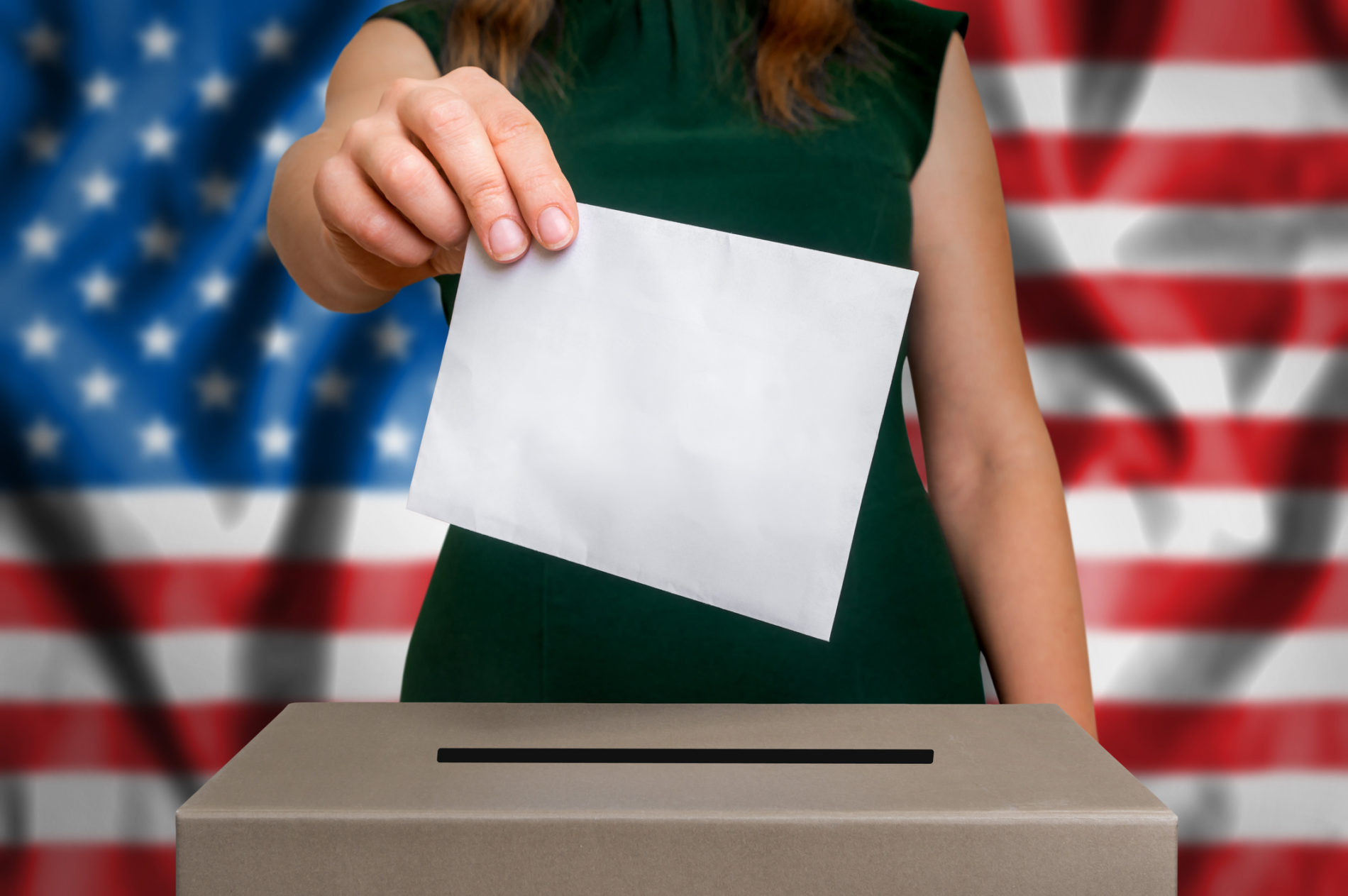 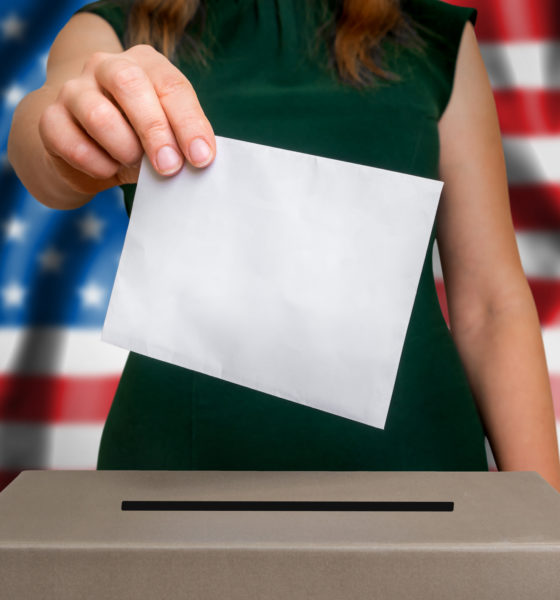 As we have previously reported, several of these swing states are very much in play in the 2020 election cycle – which pits Trump against former U.S. vice president Joe Biden in his bid for a second four-year term.

Meanwhile, Clinton – coronated by the pollsters (most of them, anyway) as the first female president in American history – won 232 electoral votes four years ago, although she did not receive all of them when the Electoral College convened on December 19, 2016. Nor did Trump wind up receiving all of his electoral votes.

Five “faithless” electors pledged to Clinton instead cast their ballots for other candidates. Three from Washington State voted for former U.S. secretary of state Colin Powell, while another voted for native American activist Faith Spotted Eagle. Also, an elector from Hawaii who was pledged to Clinton cast his ballot for U.S. senator Bernie Sanders – her rival for the 2016 Democratic nomination.

Two other electors pledged to Clinton (one in Maine and another in Minnesota) voted for Sanders instead – while an elector in Colorado pledged to Clinton voted instead for Ohio governor John Kasich. All three of these electoral votes were invalidated and recast, however.

When it was all said and done, Clinton received only 227 electoral votes (five fewer than she earned).

Trump was also the victim of faithless electors. Two pledged to him in the state of Texas cast their electoral college votes for other politicians (one for Kasich and one for former U.S. congressman Ron Paul). Both of those ballots stood, giving Trump 304 total electoral votes – two shy of the total he earned.

Electoral faithlessness is the focus of an even, eloquent and expansive forthcoming treatment by Emily Conrad – a South Carolina author who is self-publishing a book that every American needs to read before they go to the polls on November 3.

Conrad’s soon-to-be released book – The Faithless – is driven predominantly by the personal narratives of the individual electors who defied convention (and the will of their home state’s voters) by voting their consciences in 2016. But this “untold story of the Electoral College” also delves into the essence of electoral faithlessness – and its potential implications on the 2020 presidential election.

Our readers may recall Conrad (above) as having contributed several thought-provoking columns to this news outlet over the years – including this piece on the then-brewing trade war between the United States and China back in early 2018.

Until recently, she was studying at Peking University in Beijing, China. There, one of her professors tasked her with including a chapter about “swing states” as part of her master’s thesis. As Conrad explored that topic, she found herself “steeped in research about the Electoral College.”

The concept of faithless electors “immediately intrigued” her, and as she read more about the individuals who cast these votes she became “more and more captivated.”

“Who were these people who were willing to completely alienate themselves from their respective political parties?” Conrad wrote. “What sorts of people would risk it all to do something that seemed so futile? What message were they trying to convey?”

Prior to 2016, only nine “faithless” votes had been cast during the previous 104 years (most recently an anonymous 2004 elector in Minnesota who voted for “John Ewards” despite being pledged to cast a ballot for former U.S. secretary of state John Kerry).

That number was eclipsed in the last election.

As of 2016, there have been 165 separate instances of electoral unfaithfulness – including 71 electors who cast ballots for candidates who died prior to the Electoral College convening. And while the faithless voting in 2016 did not impact the outcome of the presidential race, the possibility of another close contest in 2020 certainly raises the specter that it could.

“I believe that faithless electors may become a more influential trend in future presidential election cycles,” Conrad wrote, adding that “it is possible for electors to be easily identified and targeted by bad-faith domestic or foreign actors.”


As mentioned, Conrad’s book is primarily focused on the stories of the individual electors – but within those narratives are ideological leanings we believe are worth watching as the 2020 campaign hits the homestretch.

Take the story of David Mulinix of Hawaii – whose disdain for establishment Democratic politicians like Clinton and Biden is what has fueled the rise of Sanders. Like the other “faithless,” he spoke at length with Conrad about what motivated him to betray his pledge.

“In Bernie’s speeches, he always focused on the ‘we,’” Mulinix told Conrad. “Bernie said things like, ‘We can make change happen’ or ‘We can build a better ‘tomorrow.’ Whenever Clinton spoke it was always about the ‘I.’ She said things like ‘I want this’ or ‘I did that.’”

“I began to think about the election process and about the millions of people who voted for Bernie because they believed in him,” Mulinix continued. “Hillary Clinton had done nothing to earn my Electoral College vote. In fact, the Democratic nomination was stolen from us: from us Bernie supporters.”

Wait … is Mulinix correct? Was the 2016 Democratic primary rigged?

Which is why he said it was his duty to lend his vote – and his voice – to the millions of Sanders’ supporters who were robbed.

“The election had been stolen,” Mulinix said. “All I did was validate all of their efforts – all of our efforts – to make the world a better place. At that moment, I felt so proud. I thought to myself: This isn’t my protest vote; this is our protest vote. This is our stand.”

Could über-liberal progressive electors take a similar “stand” in 2020?

Last month, the U.S. supreme court issued a ruling (.pdf) in the case of Chiafalo v. Washington (591 U.S. ___, 2020). This unanimous decision determined that states “can demand that (an) elector actually live up to his pledge, on pain of penalty.”

What does that mean, though, precisely?

While the mainstream media interpreted the court’s ruling as a decisive defeat for faithless electors – and a victory for electoral order – the truth is far murkier. As Conrad noted in a postscript to her book, only 32 states have laws currently in place which bind electors, while only fifteen states have laws in place to “remove and replace an elector after a faithless vote.”

So while the court’s decision empowered state governments to exert some measure of control over their electoral votes – not all states have such controls in place. And those that do .. well, they are in place to varying degrees.

Also, the court appears to have sidestepped a significant question as to the constitutionality of the laws. Specifically, its decision does not resolve whether statutes that strip faithless electors of their right to cast a ballot as they desire – or preemptively bar them from voting (in the case of Colorado elector Michael Baca) – are constitutional.

For example, if an elector in one state can be imprisoned and have their faithless vote invalidated (the irony is thick there, we will admit) – how is it fair that a faithless elector in another state could have their vote counted and see themselves subjected only to a nominal fine for the same action?

“Perhaps the most complicated part of binding elector laws is that different state governments may have different interpretations about the constitutional role of electors,” Conrad noted, adding that “those in the know couldn’t help but to notice that the supreme court decision left gaping holes unaddressed.”

One national consultant we spoke with earlier this month warned us that the court’s ruling not only failed to resolve the issue of faithless electors – it more ominously failed to address the issue of potential bribery associated with those who hold these powerful votes in their hands.

This issue was actually raised by justices Clarence Thomas and Samuel Alito during oral arguments on the Chiafalo case.

Want to learn more about this debate? Conrad is hosting a book launch party this coming Tuesday (August 25, 2020) beginning at 5:00 p.m. EDT at the Dray Bar and Grill in Spartanburg, S.C. She will be signing copies of the book and answering questions from readers.

And again, those of you looking to pick up your own copy of the book can do so by clicking here …