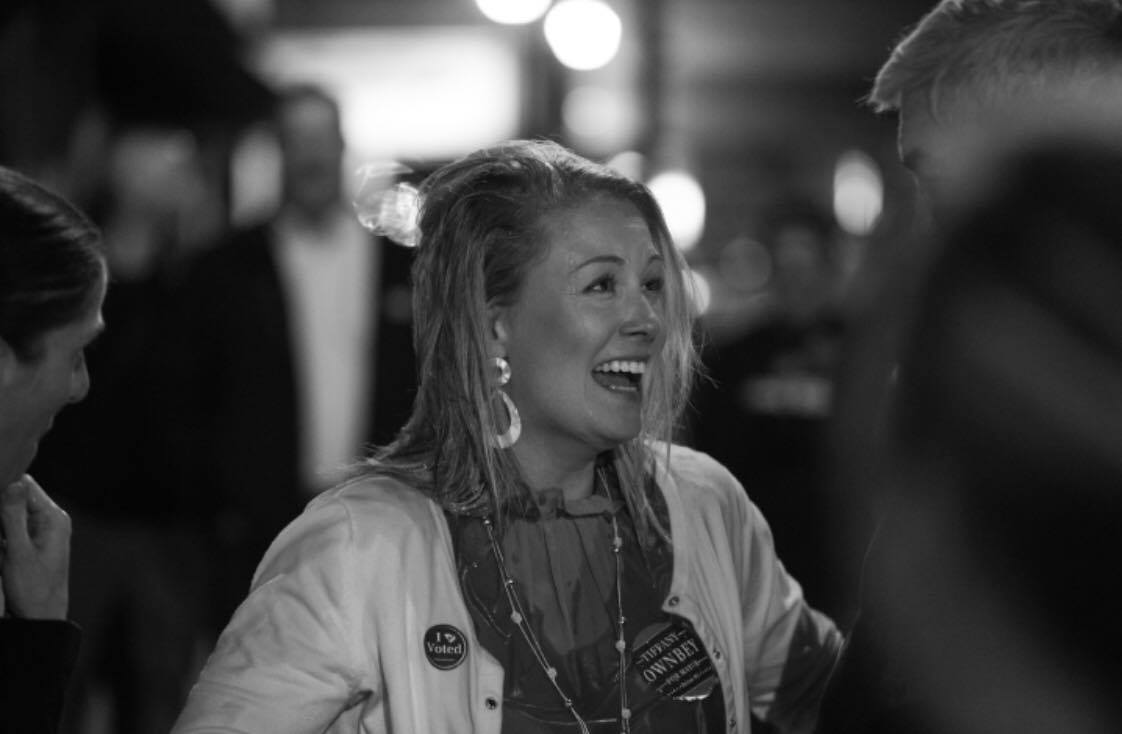 As we reported last month, Tiffany Ownbey – the mayor of Belton, S.C. – is the alleged star of an undated “pornographic video” that she claimed was used against her as blackmail by a former romantic interest.

Within a year, though, her tenure has been rocked by a scandal that has turned this sleepy railroad junction town upside down.

This news outlet was recently furnished with a copy of this recording, although we are declining to publish it (in part because we could not conclusively identify whether it was Ownbey who appeared in the tape).

Ownbey (above) has acknowledged appearing in a pornographic video, but she claimed the cell phone clip was recorded without her knowledge or consent.

The case involving Ownbey is being probed by the S.C. State Law Enforcement Division (SLED). According to our sources, the agency is nearing the end of its investigation – however SLED spokesman Tommy Crosby confirmed this week that the case “remains open at this time.”

We agree … although we believe any such legislation would need to be very tightly worded so as not to criminalize the consensual recording and exchange of explicit information.

In the meantime, Ownbey isn’t waiting for legislation to pass – or for the SLED investigation to be concluded – to speak up on her own behalf.

Late Wednesday, the first-term mayor offered a stern rebuke of her critics – whom she described as “miserable people try to bring others down because they are simply miserable in their own lives.”

In the post, Ownbey cited several alleged examples of harassment she claims she and her family are experiencing.

“I pray for the grown adults and the ones against me every night,” she wrote on her Facebook page. “The ones terrorizing my children by using provocative and derogatory hand gestures at them as they ride by while they play outside. To the ones leaving skid marks on the road in front of our house waking our children up. We see you, we hear you and you’re on camera.”

Ownbey also addressed “grown women who work with children daily who have taken part in things that have (gone) on.”


“Just know I pray for you and I pray for your family every night,” she wrote. “I pray you accomplish everything you’re working so hard to do to hurt me and my family. I forgive you and I pray you and your children persevere in life and God blesses you beyond measure. I pray that one day I can be as perfect and mistake free as each one of you casting stones. God bless you all!”

Ownbey has also listed her family’s home – located at 608 Brown Avenue in Belton, S.C. – for sale. The listing price? A cool $1.17 million. She has also been offering “furniture and other household things” for sale on social media – including “bedroom sets, office furniture, (a) ping pong table and several other items.”

“Out with the old, in with the new,” Ownbey wrote in a message touting several of the items she was offering for sale.

Stay tuned … this news outlet will continue to keep tabs on Ownbey’s situation (including the status of the SLED investigation and her future as mayor of Belton).

‘There’s No One To Defend Mr. Murdaugh’: Judge To Rule On Alex And Buster’s Assets Next Week