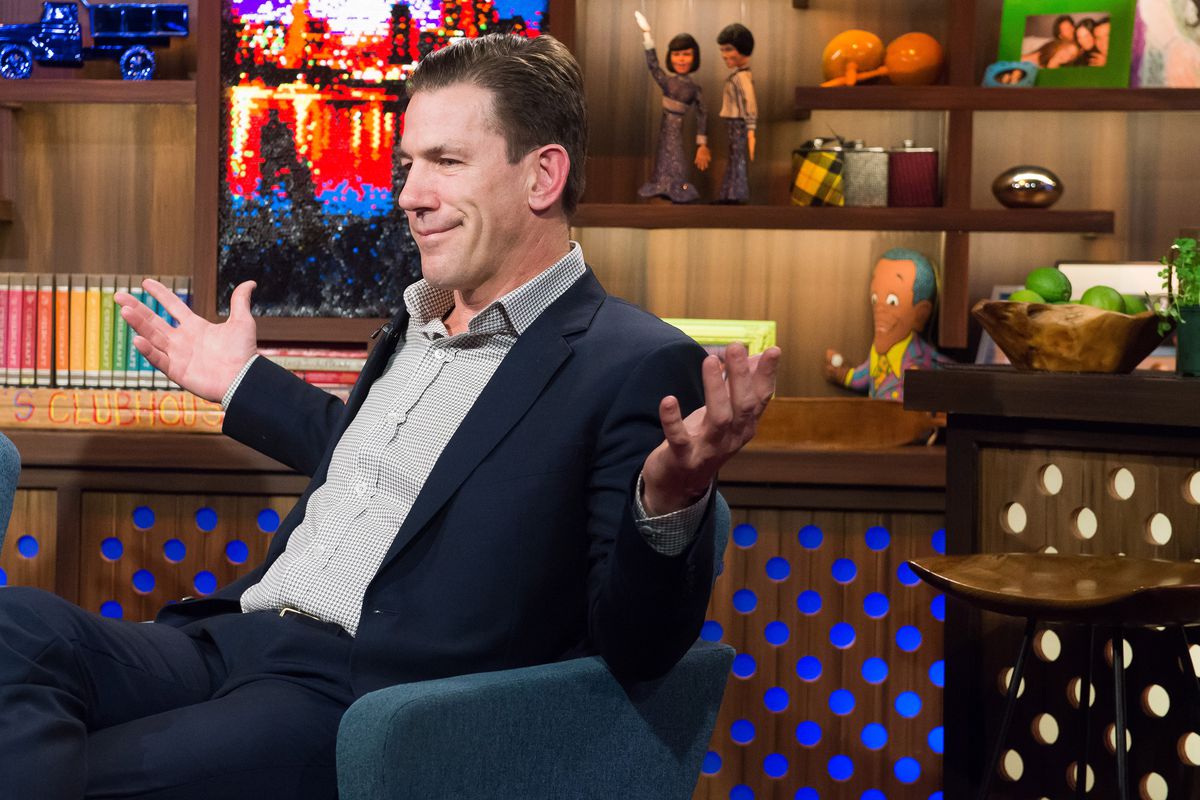 Of course, Ravenel would have probably tried saying it in the original French – la plus ça change, plus c’est la même chose – in his inimitable South Carolina accent.

Three weeks ago, FITSNews covered the latest round of nasty tweets from Ravenel – who turns 58 next week. In that tirade, the aging playboy bashed Bravo star Patricia Altschul, calling her a “gold digging fame whore.”

This tantrum came just days after the birth of his third child, and his Twitter followers wondered why he was so fixated on the grand dame of Charleston, S.C. when he should have been enjoying the company of his newborn son with former fling Heather Mascoe.

Along with the nasty tweets, Ravenel included a photo of Altschul with her husband, Arthur Altschul, shortly before he passed away in 2002 at the age of 81.

Altschul told us she was baffled as to what could have gotten Ravenel so worked up against her – or what could have prompted him to reference her husband of ten years. She said in the photo Ravenel posted that Mr. Altschul was in a wheelchair and on heavy doses of prednisone which made his face puffy.

During his final illness, he hadn’t been out in public for some time.


“Arthur was on the board of the Metropolitan Museum (of Art), so he felt compelled to go, despite his health,” she told us.

After reading Ravenel’s tweets slamming Altschul, many fans rebuked his bad manners. But the dissed and dismissed Southern Charm star wasn’t having it.

“She deserves nothing but scorn, derision and to burn in Hell,” he responded to his critics.

Since then, Ravenel has been fairly quiet (with the exception of some snarky comments directed at Southern Charm star Kathryn Calhoun Dennis, his ex-girlfriend and the mother of two of his children). But on Tuesday evening (August 4, 2020), Ravenel was once again in rare form – bashing Altschul, her son Whitney Sudler-Smith (a Southern Charm executive producer) and family friend, Luzanne Otte.

Otte, readers will recall, briefly dated Ravenel several years ago prior to his relationship with hospice nurse Ashley Jacobs – who appeared alongside him during his final season with Bravo (prior to his arrest on charges that he assaulted his children’s nanny).

During his latest late-night tweetstorm, Ravenel’s language became even more vulgar – opening with an attack on Otte which included a photo.

“This psychopathic lying slut, Luzanne Otte, is the reason #SouthernCharm is on its last legs,” Ravenel tweeted. “She’s also pathetic Pat’s mouthpiece bc her Norman Batesesque son allows it.”

Most of Ravenel’s tweets at least have some tenuous connection to reality, but this one was truly baffling – because the future of Southern Charm has absolutely nothing to do with Otte. The canon lawyer lives on the west coast and has expressed no interest in even making an appearance on the popular reality television drama.

His Twitter followers asked why he could behave so badly with women, especially in light of his recent guilty plea for assaulting the former family nanny while he was inebriated.

Ravenel responded that Otte is “a public figure” as well as “a woman scorned.”

More than two years ago, Otte spoke to us about her short-lived acquaintance with Ravenel – saying that she broke things off with him after witnessing his darker side.

“During the week we dated, it was evident that Thomas derived a sadistic pleasure from highlighting weakness in others,” Otte told us. “Where no weakness could be found, he issued malicious falsehoods with impunity and without compunction.  I do not keep the social company of that kind of individual, much less a romantic relationship.  In particular, a disturbing altercation on our last day together confirmed that he was, at best, a liability.”

According to Otte, Ravenel “was in a trance-like state” as he falsely accused her of having sex with a neighbor.

“He got close to me and tried to physically intimidate me, cornering me for a minute, but I was able to get around him,” Otte recalled. “He was right in my face, screaming.  He didn’t hit me, but it was almost scarier than being hit.”

Thomas Ravenel: Kathryn Dennis Is An “Agent Of The Devil”