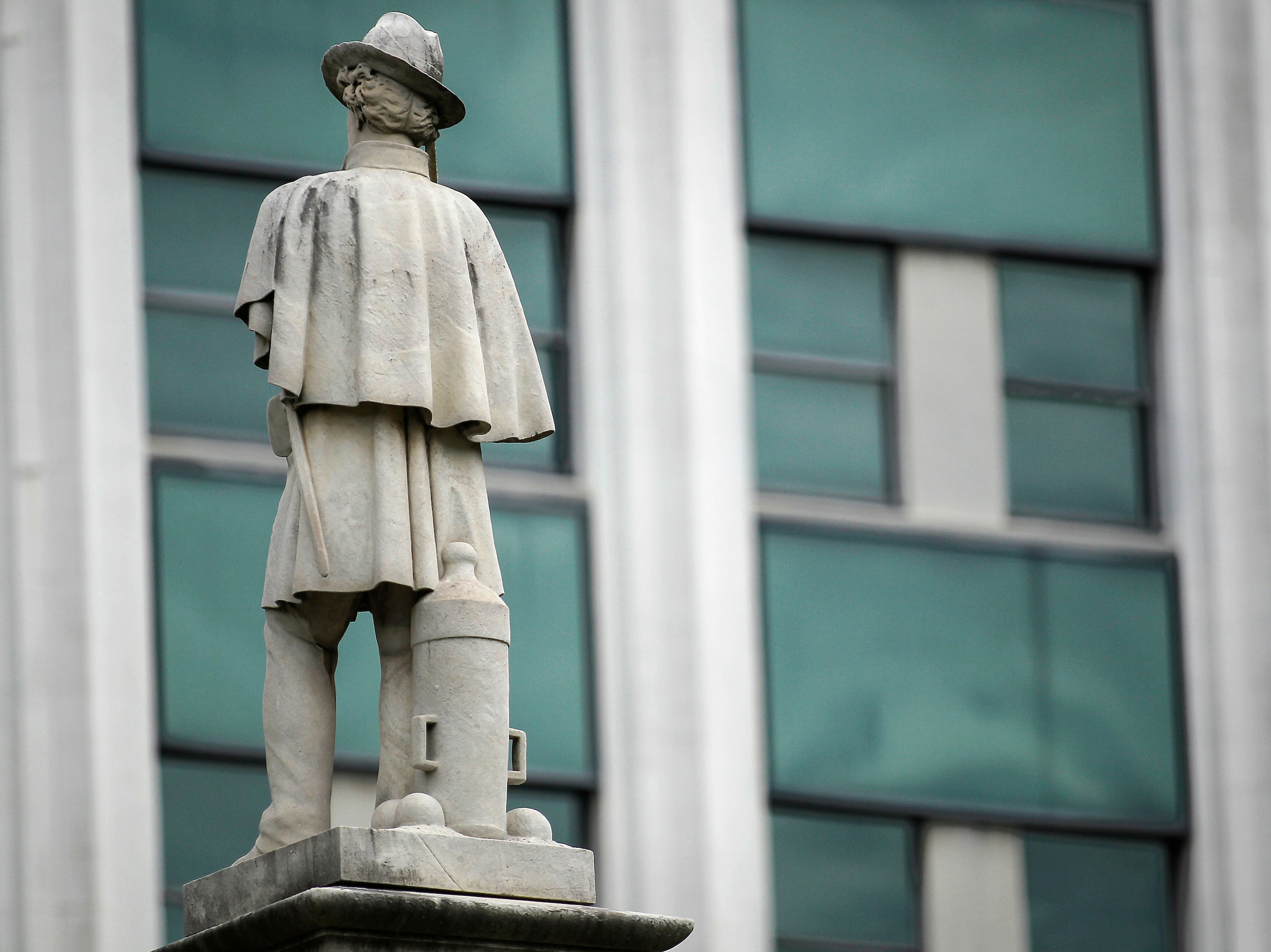 A lawsuit is seeking to have South Carolina’s so-called “Heritage Act” declared unconstitutional … although it faces an uphill climb based on a previously released opinion from the Palmetto State’s top prosecutor.

The suit – brought by Jennifer Pinckney, the widow of slain South Carolina senator Clementa Pinckney – argues that decisions regarding statues and memorials erected on county or municipal property should be up to those local governments.

It is a valid argument, to be sure, one entirely consistent with the notion of home rule …

However, a bipartisan, biracial compromise from two decades ago – which removed the Confederate flag from the dome of the S.C. State House – affirmed the state’s authority.

“Any monument, marker, memorial, school, or street erected or named in honor of the Confederacy or the civil rights movement located on any municipal, county, or state property shall not be removed, changed, or renamed without the enactment of a joint resolution by a two-thirds vote of the membership of each house of the General Assembly,” the law stated.

The constitutionality of the act was upheld by a recent opinion from the office of S.C. attorney general Alan Wilson.

This opinion (.pdf) – authored by S.C. solicitor general Bob Cook – concluded that “the General Assembly possesses paramount authority over public property, public places or public areas of the State and its political subdivisions, and thus may protect monuments and memorials dedicated to past wars or to honor its citizens as it deems appropriate.”

However, Wilson’s office determined the two-thirds requirement for amending the act was not constitutional – and that “should the General Assembly decide to vote to amend or alter a protected monument, or even the Act itself, it may constitutionally do so by majority vote of each house.”


Some lawmakers have advocated for the civil disobedience of the Heritage Act in the aftermath of the killing of George Floyd in Minneapolis, Minnesota on Memorial Day – and in at least one instance that appears to have been exactly what happened.

Worth noting? The Heritage Act has been successfully amended in the past. In 2015, the Confederate flag was removed from the north lawn of the S.C. State House grounds in accordance with its stipulations. The flag’s removal – which this news outlet supported – came in the aftermath of the Holy City Massacre, the racially motivated murder of nine black South Carolinians (including Pinckney) by avowed white supremacist Dylann Roof.

Our view? As we noted in our analysis, questions regarding the constitutionality of the act’s provisions would not be “ripe” for judicial review unless (or until) lawmakers rejected an amendment based upon its failure to attain the supermajority threshold.

Which has not happened yet …

Until then, the law is valid as written.

As we have previously opined, the likelihood of a court finding the Heritage Act constitutional is exceedingly high – which puts McMaster in an incredibly difficult position moving forward politically.

Does he concede to the unilateral opposition of his Republican base by vetoing proposed amendments to the act? Or does he seek to reinvent his decidedly less-than-woke personal history by approving these amendments and effectively allowing local governments to take these monuments and markers down?