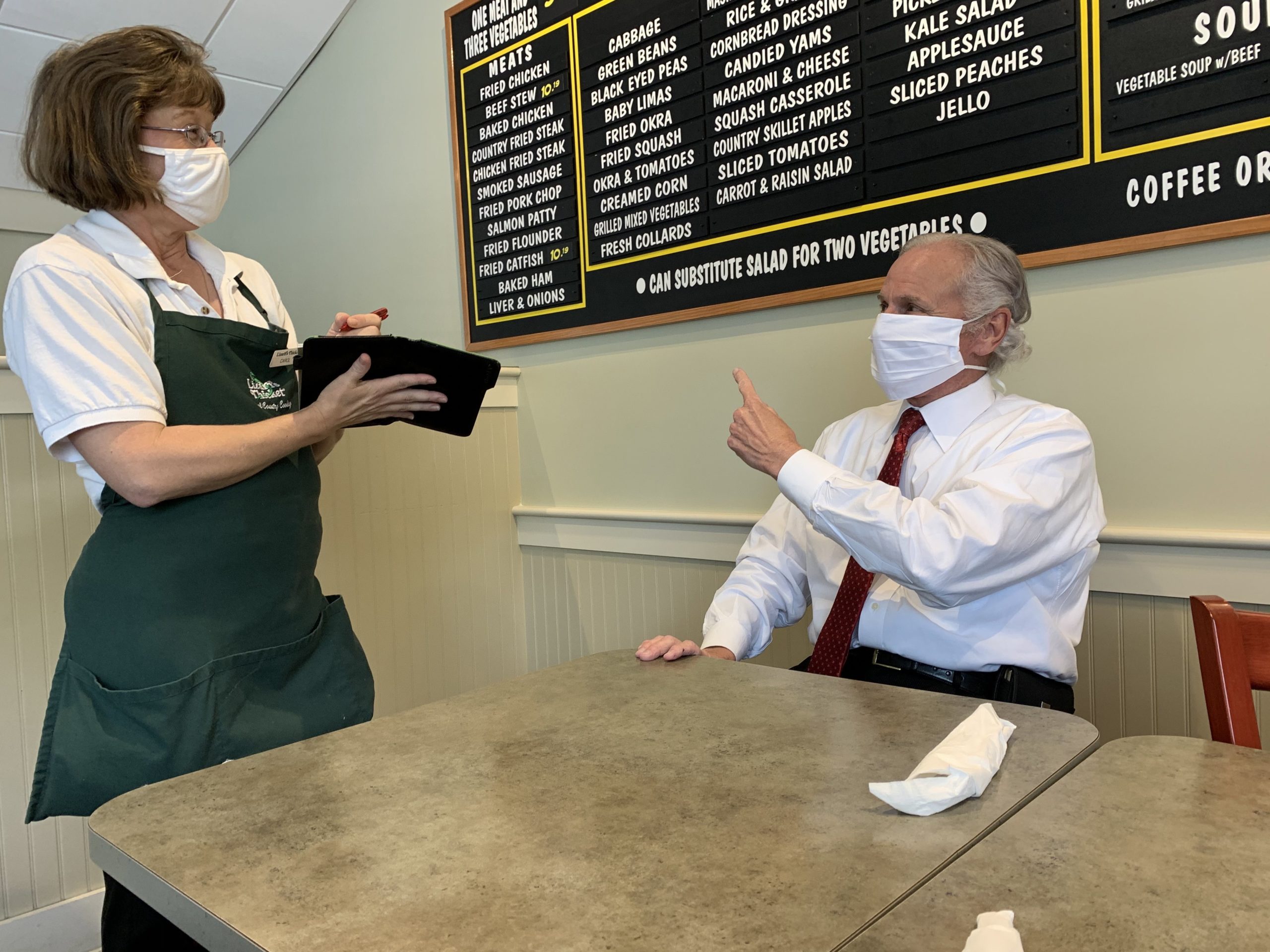 Facing mounting pressure to confront the recent spike in COVID-19 cases and hospitalizations across South Carolina, Gov. Henry McMaster held a press conference Tuesday to address the pandemic for the first time in almost two weeks.

McMaster, along with South Carolina hospitality leaders, announced the South Carolina Palmetto Priority, COVID-19 initiative to improve safety in restaurants, which is essentially a sticker program moderated by government workers and customers.

“When customers see the Palmetto Priority endorsement seal, they can be certain that the restaurant is taking all necessary steps to protect their employees and customers and is committed to playing a leadership role in protecting our communities,” the press release said.

Essentially, restaurants will apply for the decal sticker. Restaurant owners will then participate in free training and must pass certain safety inspections before getting the sticker.

The stickers displayed in the restaurants’ windows will include a QR code for customers to essentially turn in the businesses that aren’t complying with safety recommendations. State officials will keep track of the complaints and restaurants could lose their sticker if they are caught violating the guidelines three times.

McMaster said he’s been “disappointed” in the overall non-compliance  by the lack of social distancing and safety precautions as COVID-19 cases keep climbing.

In May, McMaster issued an executive order lifting his previously imposed “home or work” mandate and allowing restaurants to reopen outdoor dining services starting May 4.  He then issued an order that allowed restaurants to open indoor dining at fifty percent capacity.

On Tuesday, a total of 824 patients who tested positive or are under investigation for COVID-19 were receiving treatment across South Carolina, according to the South Carolina Department of Health and Environmental Control (SCDHEC). This is the highest number reported since the state began tracking the metric in early May.

It’s also the first day where the number of new cases reported (890) fell close to the number of total hospitalizations across the state (824).

Today’s hospitalization number represents a 13 % increase from yesterday’s total at 731.

Between the Midlands, Pee Dee, Upstate, and Lowcountry regions, the Lowcountry has the highest hospital bed occupancy rate at 73.3 percent and the upstate has the lowest at 61.4 percent.

“As of this morning, 2,903 inpatient hospital beds are available and 7,575 are in use, which is a 72.29% statewide hospital bed utilization rate. Of the 7,575 inpatient beds currently used, 824 are occupied by patients who have either tested positive or are under investigation for COVID-19.”

McMaster said that hospitals are still able to increase their bed capacity and the state is “adequately prepared” for rising hospitalizations.

For the past 13 days, South Carolina officials have reported more than 500 daily COVID-19 cases.

Keep in mind, before May 30, South Carolina hadn’t reported more than 300 new daily cases ever.

The recent surge is not due to the state’s expanded testing. South Carolina still ranks 38th in the nation when it comes to coronavirus testing per capita, according to data from The Covid Tracking Project.

Perhaps most concerning is that Tuesday’s percent of positive tests was the highest ever on record at 17.4%.

Recent data shows that South Carolina’s new cases are surging at at levels higher than most of the country.

So far this month, South Carolina has averaged about 8 deaths per day, which is the same average as May, but up from April which averaged 6 deaths per day.

Approximately 79 percent of COVID-19 patients in South Carolina have recovered from the illness, according to SCDHEC.