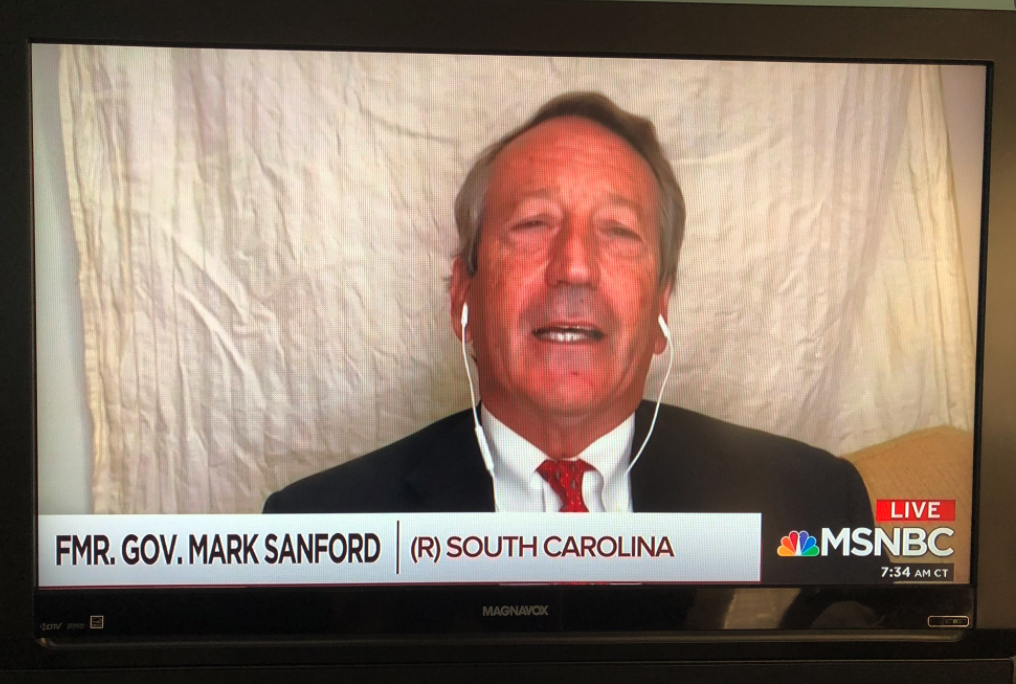 Former South Carolina governor Mark Sanford announced a new non-profit group to reduce national debt on Wednesday — but that’s not the Sanford story the internet is talking about today.

When Sanford appeared on MSNBC Wednesday via video conference, he chose an extremely suspicious backdrop that left the internet with a lot of questions.

Sanford chose to speak in front of a national audience with a wrinkled, dirty (or at least it looks dirty) bedsheet behind him.

More than 1,000 people liked the tweet. The internet had LOTS of questions.

And of course, lots of Appalachian Trail jokes.

The sheet looked straight out of a ransom video, let’s be honest.

Some questioned if he was doing OK, considering the awful choice in background. And why was the sheet so wrinkly??

Some made comments about how the sheet is “on brand” with Sanford’s stingy personality.

In all seriousness, however, Sanford did make an important announcement Wednesday about his new organization “Americans for Debt and Deficit Reduction.”

“Americans for Debt and Deficit Reduction is a not-for-profit organization established to draw attention to and give voice to citizens concerned about our country’s financial reality,” the website says. “America’s present course of spending, escalating deficits and overwhelming debt has us on a path to financial devastation. AFDDR is positioned to lead this conversation, set pace to a course correction and ensure the American Dream is alive for future generations.”