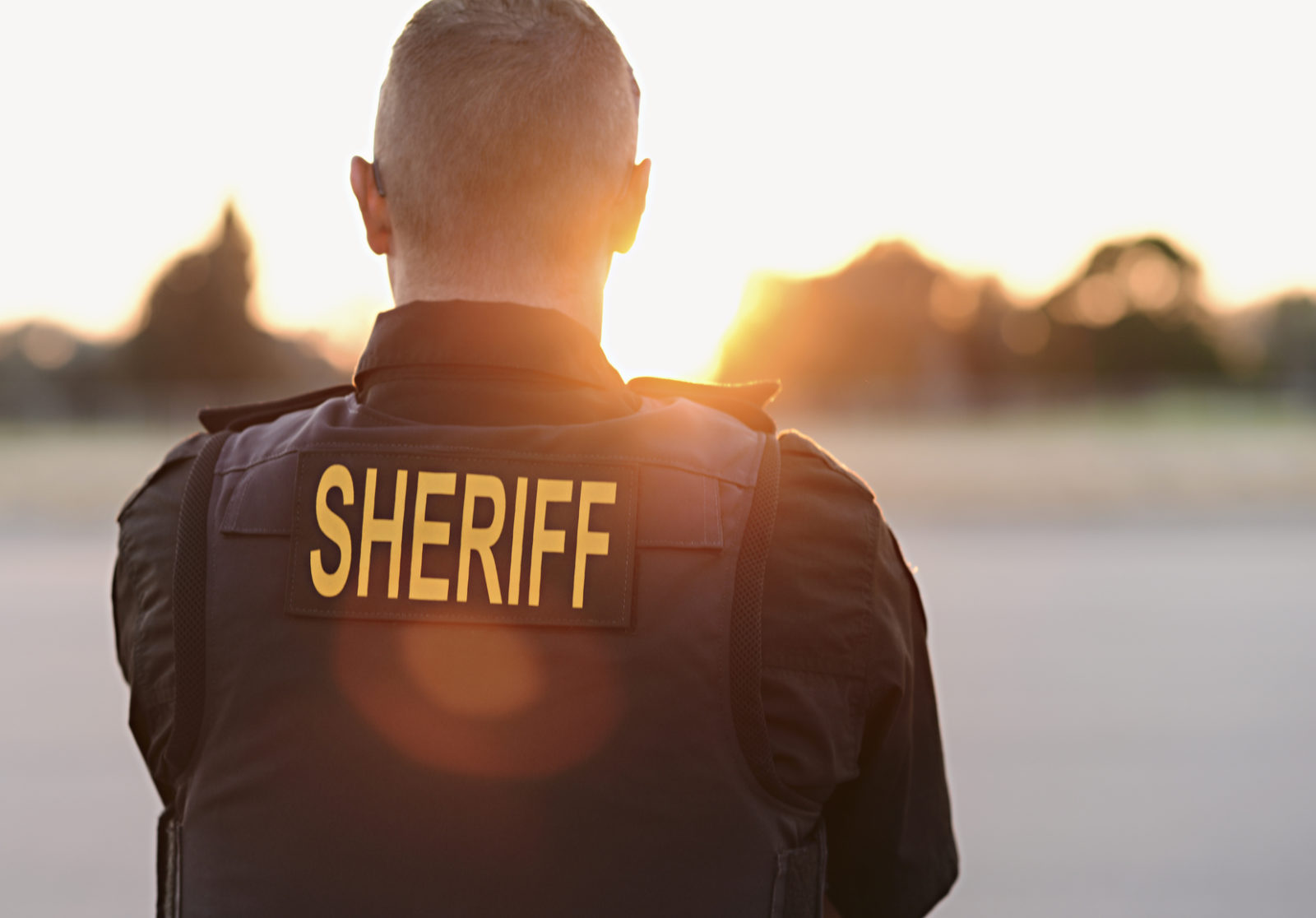 A candidate for sheriff of Union county, South Carolina is responding to a harassment charge filed against him earlier this year by the office he is hoping to lead … the latest curious development in a contentious race that has seen several bizarre plot twists.

With more drama coming, it would appear …

An attorney for Jamey Christopher Davis (a.k.a. Jamie Davis) issued a statement over the Memorial Day weekend on behalf of his client – who was charged in March with second degree harassment and arrested on that charge Friday, May 22, 2020.

Davis previously claimed the warrant issued against him was “not executable” and tantamount to “election tampering” given his candidacy for sheriff. He claimed it stemmed from his brother, Boe Davis, getting “linked up with a dirty cop.”

Davis demanded the warrant be recalled within 24 hours or else the county would be sued.

Davis’ attorney – Jonathan E.B. Lewis of Columbia, S.C. – issued a statement on behalf of his client Saturday. According to Lewis, Davis was informed by North Carolina law enforcement officers of the existence of the Union county warrant while visiting his family’s home there.

Davis “immediately called my office and expressed his desire to submit to the warrant and turn himself in” so as to begin the process of fighting the charge, Lewis wrote in his statement.

“The charge in question stems from allegations made by his older brother regarding text messages between the two, and messages and posts made on the social media platform, Facebook,” Lewis wrote. “(Jamey) Davis’ brother has a history of mental illness that has affected him and his family, and he has a history of negative interactions with (Jamey) Davis and his family.”

According to Lewis, Davis “vehemently denies the charges leveled against him,” and that “written evidence and the statement of witnesses to this event” will show that Davis “never threatened or stalked his brother.”

“This case is a long-running family matter which could have, and should have, been resolved had the Union county sheriff’s department conducted a more thorough investigation prior to seeking a warrant for (Jamey) Davis’ arrest,” Lewis added.

Davis’ many detractors – including a 1,400-member Facebook group that monitors his activities – were not buying those arguments.

“This man tried to embarrass and shame people,” one wrote in response to the news that Davis had finally been arrested on the harassment charge.

Specifically, Davis’ detractors have accused him of creating multiple fake Facebook profiles and using them to harass and spread false information about his targets online.

“He posted criminal records and addresses for numerous citizens, and threatened to sign them all up on dating and sex sites,” one Union resident told us.

We expect Davis’ trial to be a circus … not unlike the Union sheriff’s race.

Six candidates have submitted paperwork to run for this seat – one Republican and five Democrats. Davis is not among those announced candidates. According to his attorney, he is campaigning as a “write-in candidate” – meaning his name will not appear on the ballot.

Thom McAbee, a native of Union, S.C. who has served in multiple law enforcement positions, was the only candidate to file as a Republican. Since no other GOP candidates filed, he is the default nominee of his party for the November election.

The Democratic primary election is a crowded affair. It includes Jeff Bailey – a former magistrate who ran as a Republican in 2016 (and was widely expected to seek the GOP nomination this go-round). Also running on the Democratic side are Union county sheriff’s office major John Sherfield and two other candidates – Union sheriff’s captain Robbie Hines and Carl H. Jennings Jr, a local law enforcement officer.

The fifth and final Democratic contender? That would be incumbent sheriff David Taylor – who submitted paperwork to run for reelection at the very last minute after initially telling citizens he would not seek a fourth term in office.

What prompted Taylor to decide (initially, anyway) not to run again? The publication of graphic sexual allegations involving him and other officers contained in a S.C. State Law Enforcement Division (SLED) investigatory report released back in January.

These allegations were first reported by our news outlet (with a follow-up story here).

The allegations against Taylor – hints of which first appeared four years ago – were linked to a separate embezzlement investigation into a now-deceased former staffer in the sheriff’s office.

While he managed to avoid criminal charges in connection with the SLED inquiry, the investigation into Taylor is not over yet. As we exclusively reported last week, new information has reportedly come to light related to his case that has prompted prosecutors to take a “fresh look.”

We will keep our readers apprised as to the status of that investigation, the status of the charge against Davis and the outcome of the Democratic primary election for this office – which is scheduled to take place on June 9, 2020.