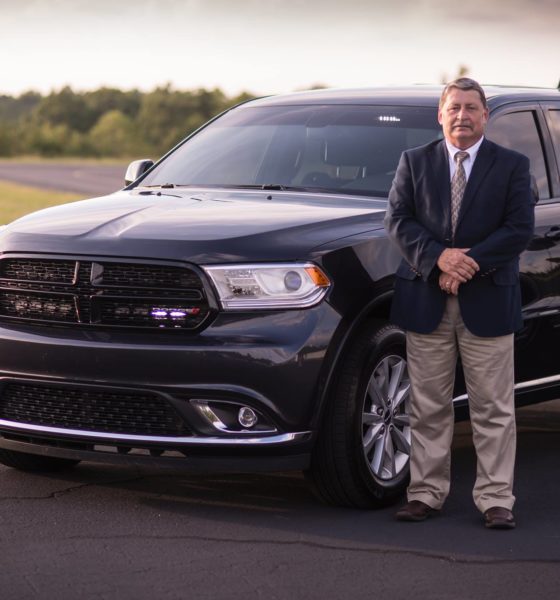 Are prosecutors taking another look at allegations involving David Taylor?

The sordid saga of Union county, South Carolina sheriff David Taylor took an interesting twist two months ago when the scandal-scarred law enforcement officer decided at the very last moment to submit paperwork to run for reelection in November 2020.

Taylor – a Democrat who was first elected Union sheriff in 2008 – had previously said he would not run for a fourth term. Why not? The publication of graphic sexual allegations involving him and other officers that were first raised in a S.C. State Law Enforcement Division (SLED) investigatory report released back in January.

These allegations were first reported on by our news outlet (with a follow-up story here).

The graphic allegations against Taylor – hints of which first appeared four years ago – were linked to a separate embezzlement investigation into a now-deceased former staffer in the sheriff’s office. That embezzlement investigation quickly morphed into one focused on “several allegations concerning possible misconduct in office by Sheriff Taylor,” per the SLED report.

Taylor escaped criminal prosecution, but it appeared (initially) as though there would be some accountability for his actions. Shortly after the SLED report was released, Taylor announced that he would not seek another four-year term as sheriff. Less than two hours before a March 30, 2020 filing deadline, though, Taylor surprisingly reversed course and filed his paperwork to run in the Democratic primary for sheriff.

Taylor’s about-face took state law enforcement officials and prosecutors by surprise. According to our sources, his original decision not to run was reportedly among the factors which influenced the decision not to charge him with misconduct in office.

While sources familiar with the situation tell us there was no appetite to revisit that decision based on the original allegations leveled against Taylor, new information has reportedly come to light related to his case.

We are attempting to independently corroborate this “new information,” but so far all we have been able to gather from our network of sources is that the latest allegations involving Taylor have prompted a “fresh look” from prosecutors.

Also, our sources do not expect the embattled sheriff to fare as well this go-round as he did the last time prosecutors looked over potential charges against him.

“A stunt like that will land you back in the crosshairs real fast,” a source familiar with the situation told us, referencing Taylor’s last-minute decision to seek reelection despite offering prior assurances to the contrary.

As we previously reported, five other candidates have submitted paperwork for this seat – one Republican and four Democrats. Thom McAbee, a native of Union, S.C. who has served in multiple law enforcement positions, was the only candidate to file as a Republican. Since no other GOP candidates filed, he is the default nominee of his party for the November election.

Retired Union county magistrate Jeff Bailey – who ran as a Republican in 2016 (and was widely expected to seek the GOP nomination this go-round) – instead filed as a Democrat, according to state election records.

This news outlet slammed Taylor when the initial revelations against him were first revealed, calling the “gross mismanagement of public funds” by his office “inexcusable.”

“Even more inexcusable?” we noted. “His conduct with multiple subordinates – and his improper use of taxpayer resources to conduct what was clearly personal ‘business.’”

We will obviously keep a close eye on this developing situation in the days ahead in the hopes of keeping readers updated on any “new information” related to the Taylor investigation – and any official actions that may follow from it being passed along to prosecutors.