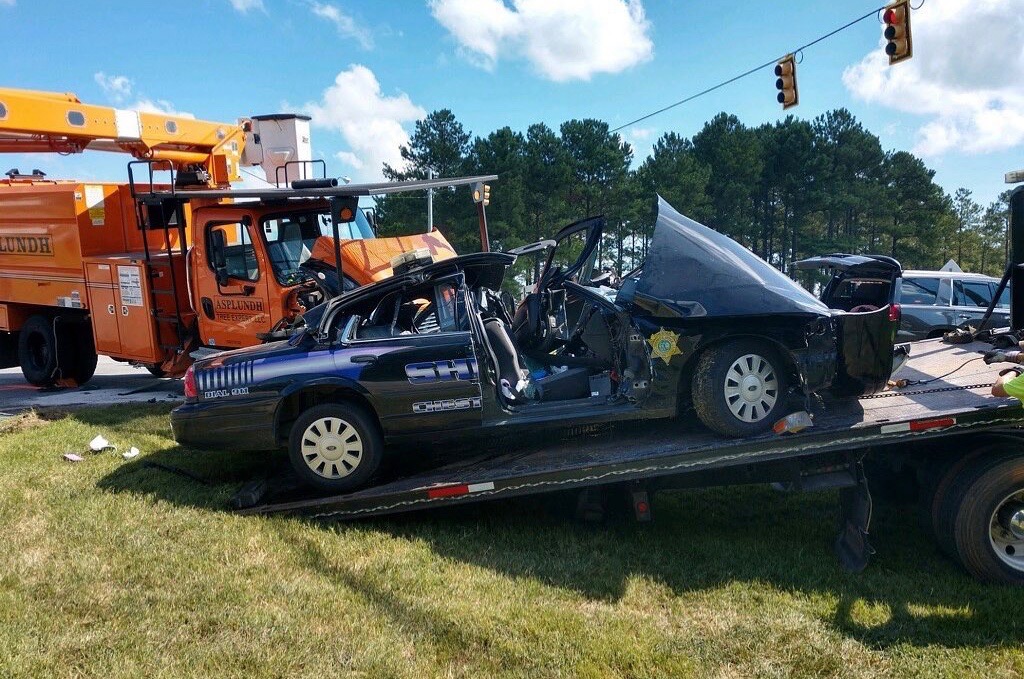 Early on Saturday, August 31, deputy Chris Fowler of the Chester county sheriff’s office was critically injured when his vehicle struck a tree-trimming truck on S.C. Highway 9 near the intersection of Interstate 77. Fowler was cut from his mangled cruiser and airlifted to Atrium Health Center in Charlotte, N.C. in the aftermath of the crash.

Serve & Connect – a group founded by Kassy Alia Ray – is partnering with state and local law enforcement groups in the hopes of raising money for Fowler and his family.

While the deputy is expected to make a full recovery from his injuries, his family is taking a financial hit as a result of what is expected to be a lengthy absence from duty. Fowler and his wife, Katie Fowler, have a six-year-old son and 10-month-old triplet daughters to support.

“He is one of those superstars,” Chester sheriff Max Dorsey said in a statement release this week, referring to Fowler. “I saw him Friday night while he was working extra duty, and then he went into his regular shift Saturday morning. This incident is likely to result in a serious financial hit for Deputy Fowler and his family. We are so thankful for the support from the community, helping his family during this difficult time.”

Serve & Connect is a 501(c)3 nonprofit that donates 100 percent of the proceeds from its fundraisers to the families of fallen officers. Since 2015, the group has raised nearly $500,000 in support of its efforts.

Kassy Alia Ray founded the group to honor the memory of her late husband Gregory Alia, an officer with the Forest Acres, S.C. police department who was shot and killed in the line of duty in September 2015.

Ray says her organization is all about “creating connections between the people who are called to serve our community, both citizens and police officers, because I believe that when police and community come together, we ignite improvements in well-being for everyone.”

Those wishing to support Serve & Connect in its work can donate here.