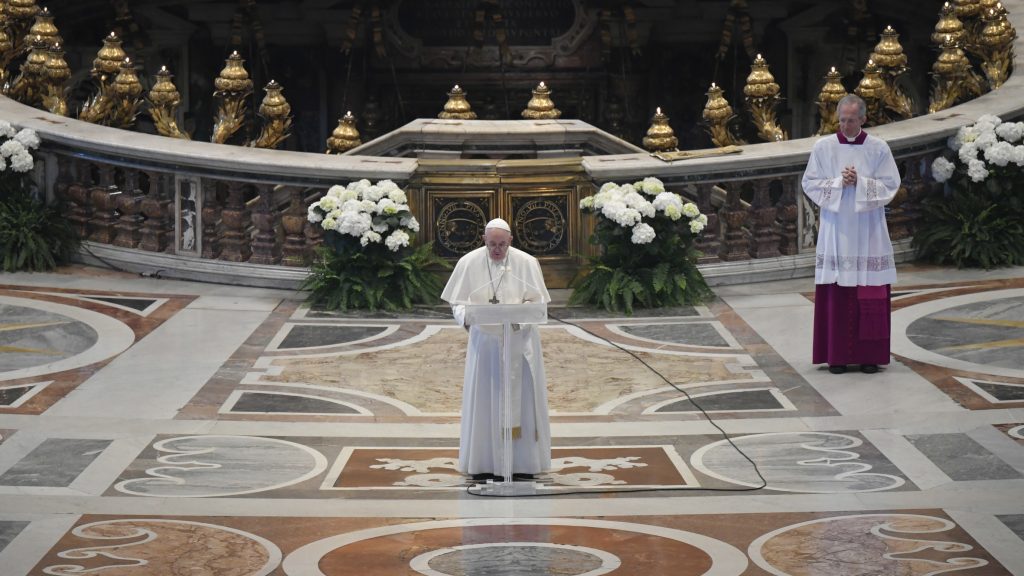 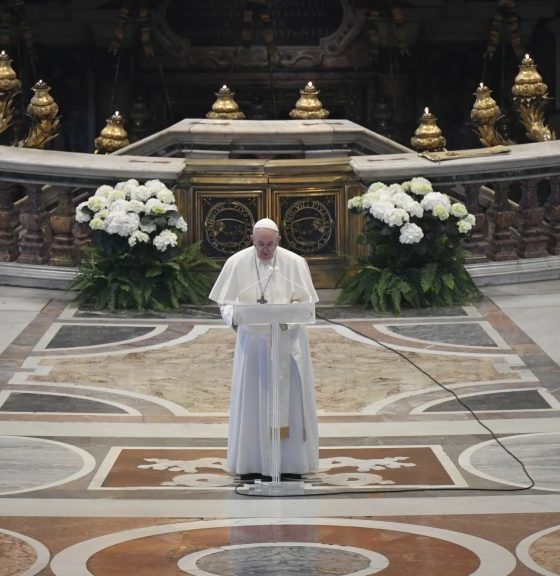 After spending his Holy Week alleging that the coronavirus pandemic (which has killed 114,000 people around the world) was nature’s “response” to global warming – and that we should slow production and consumption as a result of it – Pope Francis kept up the liberal propagandizing in an Easter letter sent to various “social movements.”

In addition to doubling down on his belief that the world needs less production and consumption, Francis also reiterated his call for a “humanist and ecological conversion.”

“Our civilization – so competitive, so individualistic, with its frenetic rhythms of production and consumption, its extravagant luxuries, its disproportionate profits for just a few – needs to downshift, take stock and renew itself,” the 83-year-old pontiff wrote in the letter (.pdf).

We are all for people taking personal inventory … but what is with this perpetual class warfare emanating from the Holy See?

In addition to his war on wealth, the pope also endorsed the radical notion of a universal basic income (UBI) – a system in which governments provide each one of their citizens with a periodic stipend absent any means test or work requirement.

“This may be the time to consider a universal basic wage which would acknowledge and dignify the noble, essential tasks you carry out,” Pope Francis wrote in his letter. “It would ensure and concretely achieve the ideal, at once so human and so Christian, of no worker without rights.”

Forgive us for following this through to its logical conclusion, but if people get paid for not working … don’t they cease being “workers?”

Before we vent our spleens at the pope for the second time in three days, though, here is the thing: We are not unilaterally opposed to the notion of a universal basic income.

“If we’re talking about UBI as a replacement for existing government benefits – not a new benefit – we are a bit more receptive to the idea,” we noted in a column addressing the subject in September 2017.

And if we are talking about a system that transforms the current bureaucracy-driven social safety net into one dominated by the free market, we are even more receptive to the notion.

As we noted the last time we addressed this issue, who wouldn’t support “replacing the perverse, dependency-inducing incentives of the current welfare system and empowering a more consumer-driven benefits system – all while eliminating vast swaths of bureaucracy.”

This was the gist of the “negative income tax” advocated by the late free market economist Milton Friedman. Under this system, people who earned below a certain amount would have not only gotten out of paying any taxes whatsoever, they would have received direct cash payments from the federal government – money they could spend on anything they wanted.

“We don’t necessarily like any form of welfare, but it’s easy to see how such a system would be infinitely preferable to the current, ever-expanding maze of entitlement,” we wrote in addressing this issue way back in 2014.

Can America afford a UBI, though? Remember, our government was already $24 trillion in debt before the coronavirus pandemic hit. Now the federal debt is about to skyrocket as congress air-guns money (and the Federal Reserve prints money) in the hopes of spending its way out of an economic depression.

So the answer is … “it depends.” On a number of things.

First, how is the benefit structured? What incentives/ disincentives are attached to it? Does it have a phase-out?

Second, how big is the entitlement?

Third, what existing welfare programs/ bureaucracies does the stipend replace?

Fourth (and finally), what sort of accountability is provided? In other words, if someone blows their safety net on, well … blow, for example … how do we protect taxpayers from having to subsidize yet another safety net beyond the one they already provided?

Policymakers need to ask these kinds of questions before considering the concept of a universal basic income.

In an expansive piece for Vox a few years ago, Dylan Matthews rebuked the criticism that a universal basic income was too expensive – or would lead to people refusing to work en masse.

“The underlying idea – of giving out unconditional cash, whether or not people work – is sound,” Matthews concluded, basing his assessment on research of similar programs in other countries. “It’s feasible and doesn’t need to be prohibitively expensive.”

We question those conclusions … but to his credit Matthews (unlike Pope Francis) at least did his homework, approaching the topic from a scholarly, economic perspective – using examples from around the world. Matthews also based some of his estimates on the assumption that a UBI would replace existing welfare programs.

As far as we can tell he’s just popping off at the mouth again … parroting the prevailing liberal herd-think on income inequality the same way he has been parroting it as it relates to the notion of global warming.

As we noted two days ago, with all due respect the pope needs to “get back in his lane and do the job he has been called to do” – which is preaching the law and the gospel and administering the sacraments. Unfortunately, at a time when the world desperately needed him to share the hope of Easter (that a benevolent creator is risen and, in the words of the hymn writer, “we shall arise”) Francis was instead sucking up to a bunch of wanna-be social justice warriors.

Pope Francis: The Coronavirus Is ‘Nature’s Response’ To Global Warming