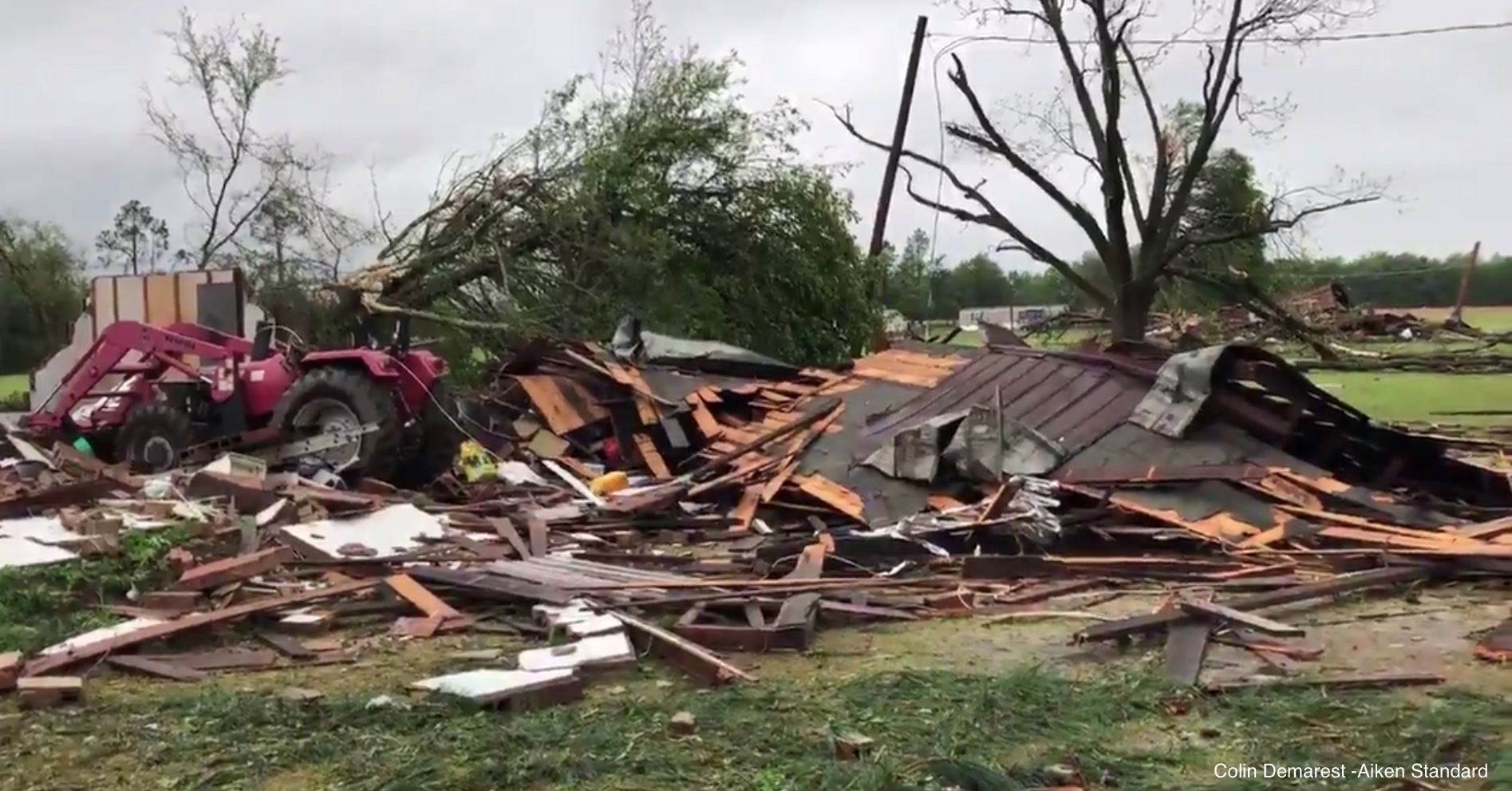 A powerful storm system hammered many parts of South Carolina from the Upstate to the Lowcountry Monday morning.

At least nine people have died because of the storms in Orangeburg, Hampton, Colleton and Oconee counties as of early Monday afternoon, the according to the South Carolina Emergency Management Division (SCEMD).

Tornadoes have been confirmed in Aiken, Greenville and Oconee counties so far, but SCEMD officials expect more to be confirmed as meteorologists assess the damage.

The Hampton County Guardian is reporting that five people have died after likely tornadoes tore through the area Monday morning. At least three people died in the Nixville area of Hampton County.

The National Weather Service in Columbia said that at least two people died and seven were injured in an EF-3 tornado in Orangeburg.

In Oconee County, one person was killed in the storm and several others injured, WSPA reported.

At least 20 people were killed in storms across the south overnight, according to the Associated Press.

In Colleton County, the Lowcountry Regional Airport – located at 537 Aviation Way in Walterboro, S.C. – saw numerous planes damaged as a result of the storm.

WMBF First Alert Weather reported that it’s likely the same tornado that covered a 160-mile stretch going on and off the ground from Hampton County to Monks Corner to Murrells Inlet, all the way up to Oak Island in North Carolina.

Here’s a look at the storm damage from across the state.

We would like to thank the brave reporters who took a lot of these photos above.

If you have any photos of storm damage in South Carolina, email mandy@fitsnews.com.

This story will be updated