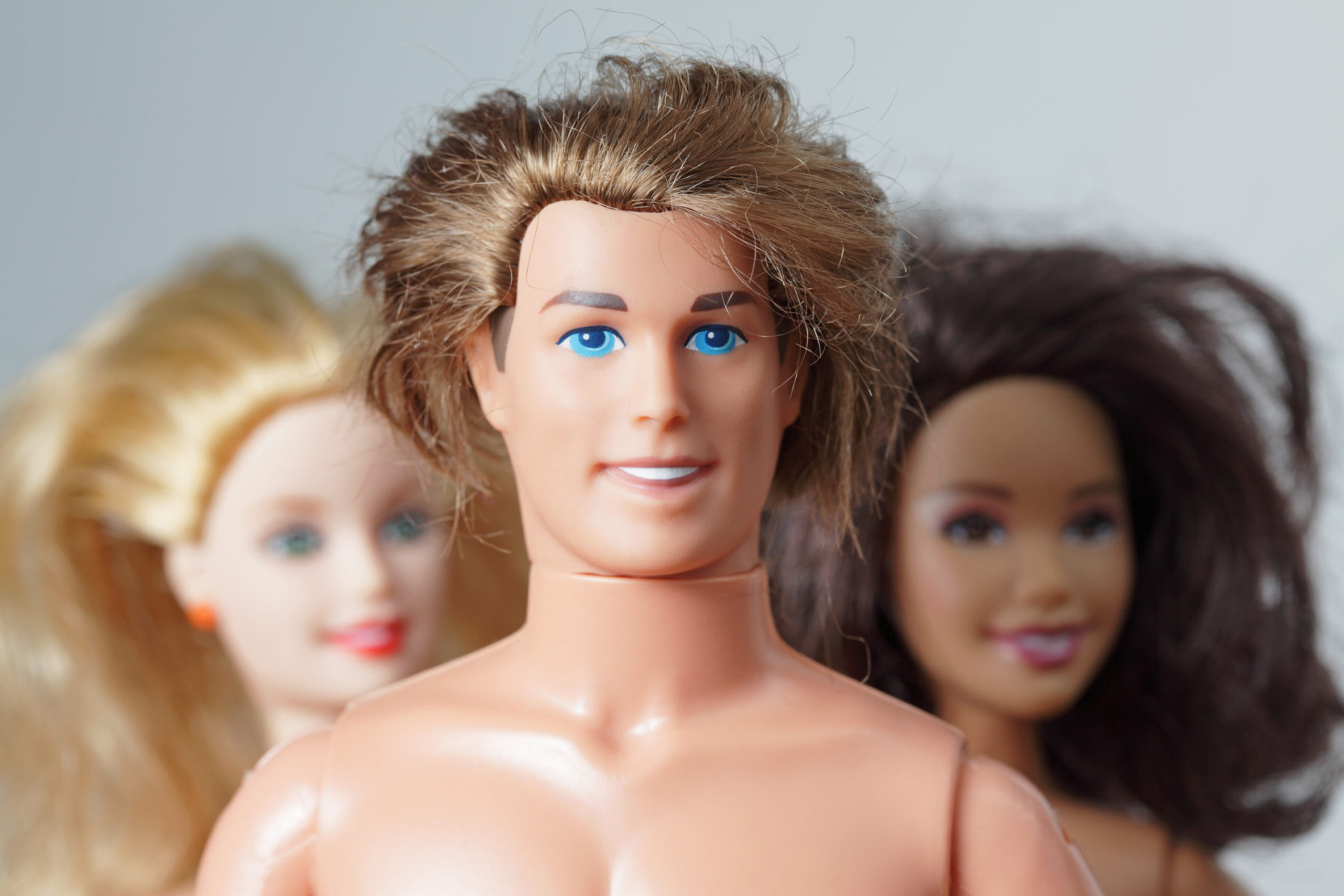 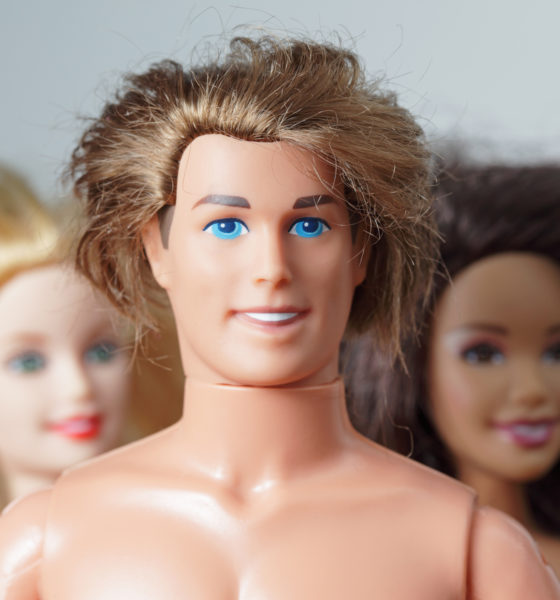 by AMY FEINSTEIN || Despite the recent societal changes that have all of us ‘social distancing’ – and which have shut down production on most reality television shows – there is still no shortage of drama when it comes to the Charleston, S.C.-based Bravo TV series, Southern Charm. Another legal imbroglio has enveloped the program – and this one involves several cast members, producers, and the network, but curiously not former cast member, Thomas Ravenel.

Instead, the plaintiff in this case is another former politician, Joseph Abruzzo, who only appeared in one episode as someone Kathryn Calhoun Dennis was briefly dating.

But even in the crazy off-set world of reality television, this latest court filing is decidedly out of the ordinary. The filing stems from the episode called “Dick Moves and Dick Pics,” which aired last June. According to Abruzzo, the episode has left him so damaged that he needs $10 million – and is demanding a jury trial in the hopes of getting it. He is being represented in the case by his employer, The Berman Law Group, which is headquartered in Boca Raton, Florida, and locally by Aaron Edwards of the Edwards Firm, LLC.

The thirty-page lawsuit – filed in the court of common pleas in the ninth judicial circuit court of Charleston county – is detailed. For starters, it contains eight pages of Abruzzo’s various achievements and accolades – things he was shocked and disappointed weren’t highlighted when he agreed to be on an episode of Southern Charm.

Things get more peculiar when it is revealed that Abruzzo is only holding certain cast members responsible – skipping over others who took part in the same conversations about the former politician’s tempestuous divorce and some spicy, crotch-revealing selfies (including an on-screen conversation about one of those racy photos led to a cast member claiming Abruzzo had a “Ken doll penis”).

Southern Charm cast members Madison LeCroy (above) and Craig Conover and former cast member Chelsea Meissner are the only individuals being singled out in the lawsuit – along with corporate defendants NBC, Comcast, Bravo, and Haymaker Productions.

Frankly, this is reminiscent of another lawsuit against the same corporations which was tossed out in January by a federal judge.

Dennis, Naomie Olindo, Cameran Eubanks and Patricia Altschul are not being sued, which strikes many of our legal experts as odd considering the reach of the charges, and the involvement of others in the “Ken doll penis” conversation.

Abruzzo’s lawyers say their client has suffered physically, emotionally, and financially, saying “The actions of the Defendants caused (Abruzzo) emotional distress and the emotional distress suffered was severe such that no reasonable person could be expected to endure it and it had physical manifestations of pain, loss of sleep, nervousness, stress, anxiety, damage to reputation, and other manifestations.”

Abruzzo’s lawyers complain that if you google his name, you no longer read about his accomplishments, but instead, what is referenced is a tawdry depiction of a man who takes revealing selfies. Abruzzo denies the photo in question was in the public domain prior to Southern Charm, but in fact his former wife, Brandy Abruzzo, posted it on Facebook after it was allegedly sent to her.

The photo in question shows Abruzzo (above) in side-by-side selfies showing his abdomen and his torso from the neck down to the groin. The Florida resident suggests that most of the damage to his reputation (and health) occurred at a gathering held at Patricia Altschul’s home where she, Eubanks, LeCroy, Olindo, Meissner and Danni Baird were assembled, waiting for Dennis to arrive.

On page sixteen of the pleading (.pdf), Abruzzo’s lawyers recall the comments made about their client …

“Altschul: “I had heard (Kathryn) had a boyfriend.

Altschul: “No, not a politician. Oh no. Oh dear.

Olindo: I mean, I’m just going to go ahead and say it. I googled him and some, like, wild things came up like almost naked photos of him on the internet.

Altschul: Let me get my big iPad in here.

Eubanks: Does she know all this stuff?

Olindo: She must. Ya’ll Google it, it’s crazy.

Defendant LeCroy (looking at her phone): Oh. His penis looks like a Ken Doll. Like, it’s just a bulge.

Defendant LeCroy: Look at that, it’s like a mangina. (The girls take turns looking at the photos).

Defendant Meissner: She’s (Kathryn Dennis) gonna walk in and Pat’s (Altschul) gonna be looking at a picture of her boyfriend’s pecker.

Eubanks: She would not be happy.”

The filing goes on to complain about the way Abruzzo’s penis was blurred – and suggests that there was nothing organic about the conversation, casting doubt on the idea that Southern Charm cast members as well of friends of Dennis wouldn’t have done online reconnaissance on her latest beau.

“Plaintiff Abruzzo is informed and believes, and on the basis of that information and belief, alleges that the entire conversation amongst Altschul, Olindo, Baird, Defendant LeCroy and Defendant Meissner was prompted and/ or encouraged by producers, employees, and/ or agents of the Corporate Defendants, and Defendants Meissner and LeCroy agreed to discuss Plaintiff Abruzzo and falsely depict the photo in order to falsely state or imply nude photos or photos in which Plaintiff Abruzzo’s penis or ‘pecker’ exist and are in the public domain to be viewed simply by a Google search.”

Abruzzo’s team further asserts that the episode of Southern Charm was entitled “Dick Moves and Dick Pics” by the corporate entities just to show the photo and place it in the public domain.

“Such photos do not exist and, therefore, cannot be viewed at all, much less by a Google search for (Abruzzo),” the suit claimed. “The statements otherwise are false, known to be false, and were published by the Defendants knowingly, willfully, and with actual malice and intent to defame, disparage, or otherwise harm the Plaintiff.”

This does not appear to be true, however, as this news outlet was able to locate the image while the previous season was still being filmed – and it is now trending as a result of the lawsuit.

“It’s unfortunate that my wife has chosen to take a private divorce matter into the public domain,” Abruzzo says. “I have been respectful since the beginning and appreciate that a divorce is not an easy undertaking. However, I have been honest and upfront with my wife about our relationship and feel betrayed by her desire to go after my character and integrity. Her latest effort to release private images that were only shared between us reflects her intentions. I only care about maintaining stability for my son and ensuring that my wife and I can reasonably close this chapter in our lives. I only hope for my family’s sake that this private matter stays private.”

Cast sources suggest Abruzzo has performed a number of internet scrubs in the hopes of making the naughty photos disappear, but as they say … the internet is forever.

The lawsuit against the cast and producers of Southern Charm isn’t Abruzzo’s only recent legal endeavor. He has a similar action pending against pending against The Tampa Bay Times. That lawsuit is based on an article that covered tweets by Brandy Abruzzo alleging physical abuse and corruption. The theme of that legal action has shades of the Southern Charm suit, saying that information was conveyed by people who knew it was allegedly untrue. The Tampa Bay paper says that this is the perfect example of a SLAPP lawsuit (strategic lawsuits against public participation) – which aim to gag the media and the public from free speech, particularly linked to public figures.

On the subject of the Southern Charm matter, legal expert Scott Bloom – a partner in the firm of Bloom & King, LLP – sees this action as have unforeseen consequences for Abruzzo, suggesting the politician is opening himself up to additional scrutiny after going on a reality television show, for which he signed a release.

“The factual allegations of this complaint are prefaced with documentation of his public standing,” Bloom said. “He knew he would be on television.  If he’s a public figure, to prove defamation, he has to prove these folks were acting with actual malice, according to the United States Supreme Court decision in New York Times v. Sullivan. He will also be opening the door to the defendants attempting to prove the truth of any alleged defamation (truth is a complete defense). Usually, a defamation suit puts the plaintiff on trial as much as the defendant.”

Joe Abruzzo is not laying low, though, but rather taking the helm at the Berman Law Group in filing a new lawsuit against the Chinese government for their handling to the Coronavirus. The Palm Beach Post recently shared a quote from Abruzzo stating that the firm is representing five clients.

“This could have been contained while Chinese officials instead attempted to put a positive narrative on the unfolding epidemic for China’s own economic self-interest,” he said. “When you read about the rising death tolls, and see the almost complete halt to normal life and travel, remember that China waited seventeen critical days before sharing the COVID-19 genome sequence with other nations.”

So far there are five plaintiffs in the class action suit, although it is not immediately clear whether any of them have tested positive for COVID-19.

Can ‘You’ Handle It? ‘Netflix And Chill’ Gives Way To Confinement Binge Watching