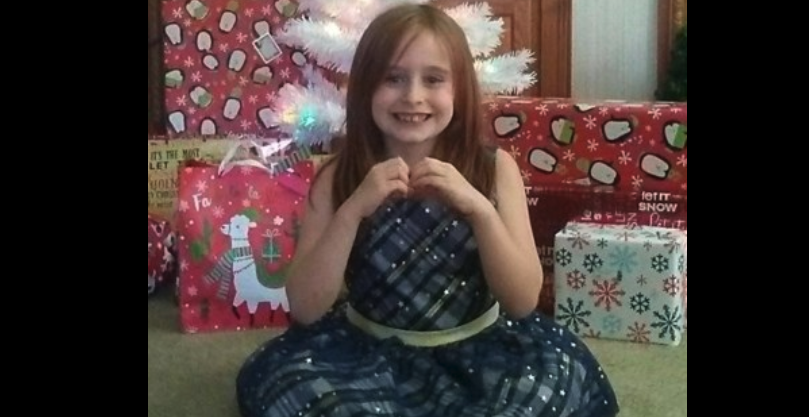 A memorial service for Faye Swetlik is set for this Friday.

Diligent Towing & Transport LLC, a company that has been in direct communication with the Swetlik family, announced on Facebook that the Faye Swetlik’s funeral will be held at 7 p.m. Friday Feb. 21 at Trinity Baptist Church in Cayce.

According to the Facebook post (below), the family has requested that no one wears black, but bright colors instead (pink and purple were her favorite colors). They asked that the general public not arrive at the funeral home before the church service, the post said.

An online obituary said what we reported Saturday — Faye Swetlik died on Monday, the day she went missing from outside of her Cayce, South Carolina home.

Hours after the post was shared on social media, the funeral home edited the post to not include the date of death — likely because it hadn’t been officially announced yet.

The funeral home told WIS News 10 that all funeral expenses will be paid for.

This information was provided to officials by Lexington county coroner Margaret Fisher — who ordered autopsies on both bodies for Saturday.

The Cayce Department of Public Safety is investigating Swetlik’s death as a homicide. Authorities have not released a cause of death or exact time of death in the case.

The Lexington County Coroner’s Office will officially release more information on both autopsies Tuesday. Fischer’s office said the preliminary results won’t be released until Tuesday “out of respect for Faye’s family,” who needs “privacy and time to process the information.”

A press conference is expected at 3 p.m. tomorrow, according to the Cayce Department of Public Safety.

Diligent Towing also suggested that anyone wanting to donate to the family for can give money to this GoFundMe page started by a family friend.

Faye Swetlik’s story has broken the hearts of millions across the country. WLTX reported that hundreds showed up to a candlelight vigil Saturday evening, where her parents thanked the community for their support.

Among the thousands of heartfelt Facebook posts honoring the bubbly 6-year-old with bright blue eyes and strawberry blonde hair, a first-grade teacher’s viral post captures the true heartbreak of this story.

Morgen Sightler, a first-grade teacher at Springdale Elementary School in West Columbia, wrote that “no teacher is ever prepared for that empty spot in the room.”

“I will miss your morning hugs, your bright eyed smile, you skipping down the hall ready for anything and everything, the excitement you had when I told you to kiss your brain, your curiosity, your kindness, your stories, but most of all…your ability to love unconditionally,”

She shared her last memories with Faye.

“On Monday I remember you telling me, Mrs. Tynes and Mrs. Prosser all about your new purple dress from Target and how it was just the right size for you,” Sightler wrote.

“I pray you are dancing, skipping, and loving on everybody in that purple, size 7/8 dress right now in Heaven. I pray for your peace,” she wrote. “I pray for all of us to spread your love at school and just cherish the memories we had with you. It will be different in the world without you Faye, a lot different.”

“Faye, you taught us more than we could ever teach you and we are so thankful for that,” the teacher wrote. “Rest In Peace sweet angel.”

Faye Swetlik’s body was discovered by Cayce public safety director Byron Snellgrove in a wooded area in the Churchill Heights neighborhood (close to Taylor’s home) at around 11:00 a.m. EST on Thursday.

“We believe Faye had not been in that location for very long at all,” Antley said Friday.

Police have not said where Faye’s body was between Monday and Thursday — and how her body got to that location while so many officers were searching the area.

Officials kept their search extremely limited over the course of their investigation —stretching just past the 1-mile radius of the Churchill Heights neighborhood.

Santee Cooper Called Out For Not ‘Playing By The Rules’