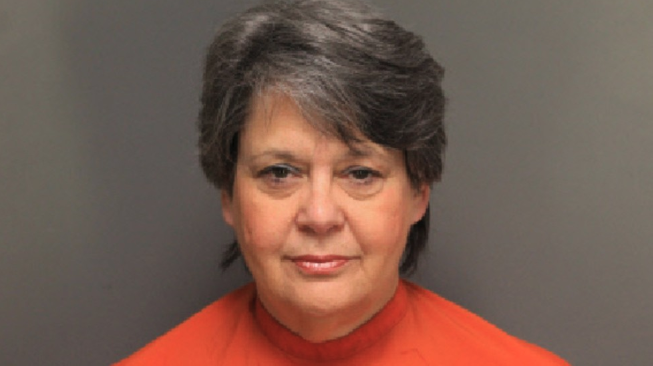 The South Carolina State Board of Education (SCDE) ruled Tuesday that a former elementary school teacher in Florence County gets to keep her educator license after she was issued a public reprimand.

The board found that there wasn’t enough evidence in the case to suspend or revoke Suzanne Brown Atkinson’s teaching license. Atkinson was charged with two counts of cruelty to children in May 2018 after she was accused of grabbing a first grader by the hair on two occasions at Carver Elementary School in Florence, South Carolina.

In both incidents, she dragged a student down the hallway while holding them by the hair, according to online records.

“The first incident was reported by a coworker and confirmed after District personnel reviewed surveillance cameras from the hallway,” SCDE documents say.

When Florence County School District One officials looked into the incident, they found another similar incident recorded on video involving the same student who appeared to be crying at the end of the second incident, according to the report.

Atkinson was placed on administrative leave and then resigned from the the school district in 2018.

Her criminal charges have since been dropped, according to SCDE documents.  Atkinson has 26 years of teaching experience.

“The State Board finds that the evidence presented by the District would not support a conclusion that just cause exists to suspend or revoke the educator certificate of Suzanne Brown Atkinson,” the report said. “However, the evidence that would be presented would support a conclusion that Ms. Atkinson engaged in unprofessional conduct as result of inappropriate physical contact with a student.”

Atkinson was issued a public reprimand classified as “unprofessional misconduct” by officials that must be reported to the National Association of State Directors of Teacher Education and Certification Clearinghouse and all South Carolina school districts within 30 days.

On Tuesday, the SC Board of Education permanently revoked a former Bamberg coach’s teaching license after he was arrested two times —in 2002 and 2019  — for assaulting a student.