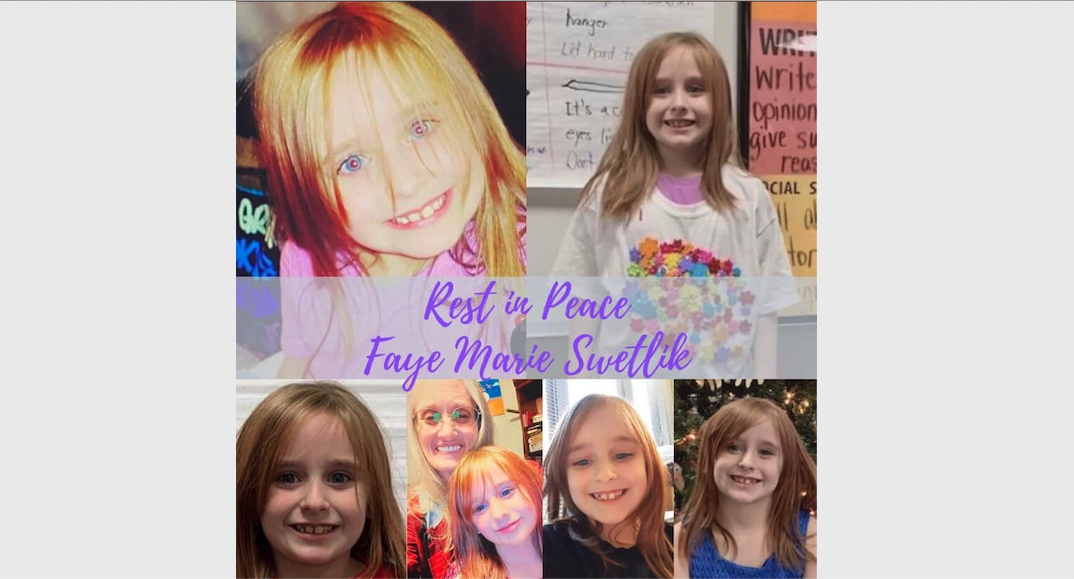 Authorities have identified the man who was found dead in the same Cayce, South Carolina neighborhood where 6-year-old Faye Swetlik‘s body was discovered yesterday.

30-year-old Coty Scott Taylor — who lived less than 150 feet away from Faye Swetlik’s home — was found dead at his home at 602 Picadilly Square, officials said in a Friday press conference.

“We believe Faye had not been in that location for very long at all,” Antley said.

Just moments after finding Faye — who went missing from outside of her home on Londonderry Lane in Cayce Monday afternoon — police discovered Taylor’s body.

Autopsies for Taylor and Swetlik will be conducted Saturday, according to the Lexington County Coroner Margaret Fisher, who did not release a cause of death for either of them.

Antley said that evidence links the two cases, but did not comment further as the case is an open investigation. Asked specifically if authorities believe Taylor killed Faye Swetlik, Antley said he could not say at this time.

According to Antley, police found a “critical piece of evidence” Thursday while searching through Taylor’s trash can that led them to finding Faye.

Faye Swetlik’s death is being investigated as a homicide. No arrests have been made and the community is not in danger, Antley stressed on Friday.

Antley said Taylor was “not a friend” or a family member of Faye’s, but just a neighbor who lived in Churchill Heights. He said Taylor didn’t have a criminal record and “was not known to law enforcement.”

Authorities have not released details of Faye’s death. At this point, we do not know how she died or when she died.

Faye was a first grader at Springdale Elementary School in West Columbia. Since she went missing Monday, her story has made national headlines and captured the hearts of thousands across the nation.

“I want everyone to continue to pray for Faye Swetlik,” Antley said. “This has been a horrible situation for our community and our department.”