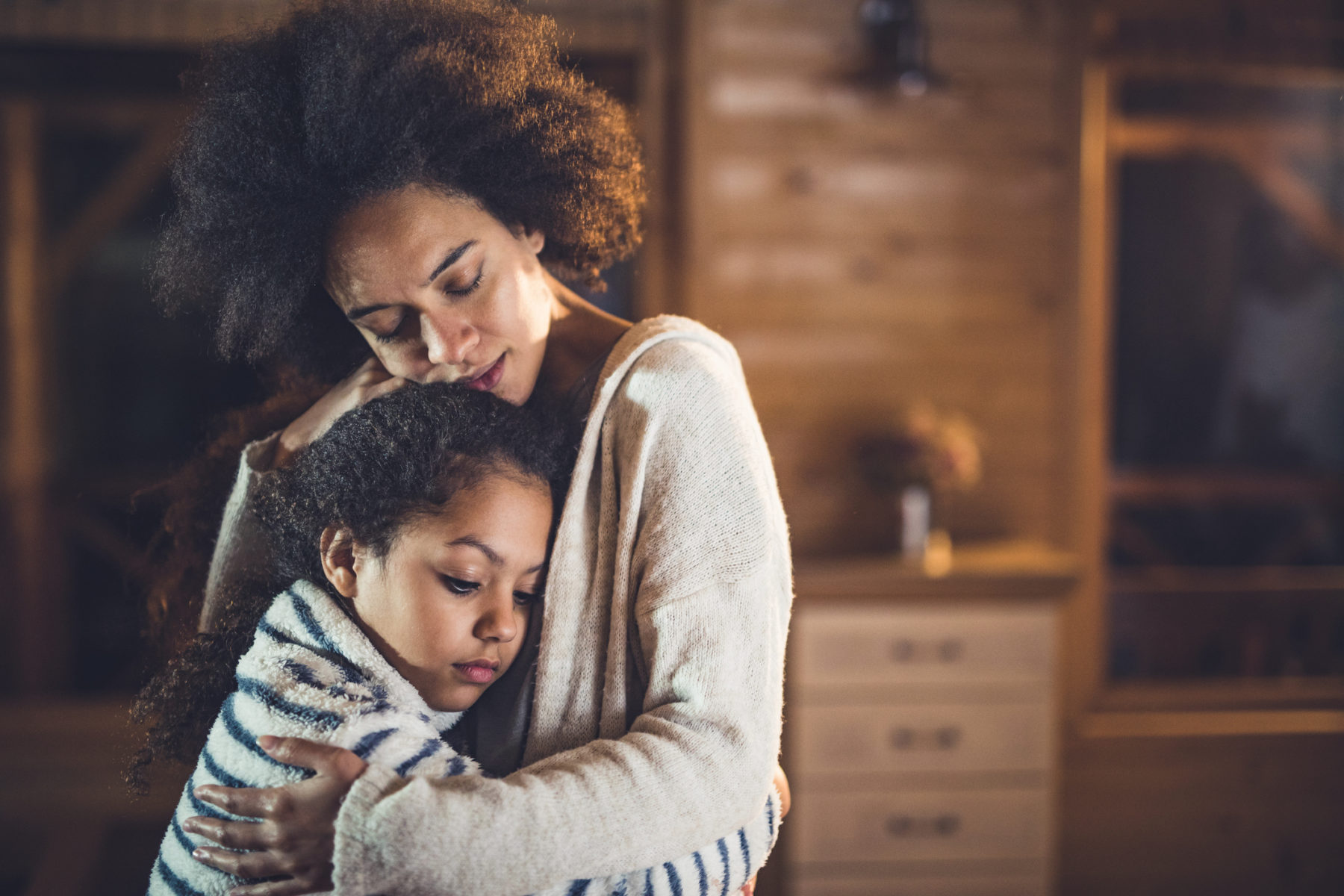 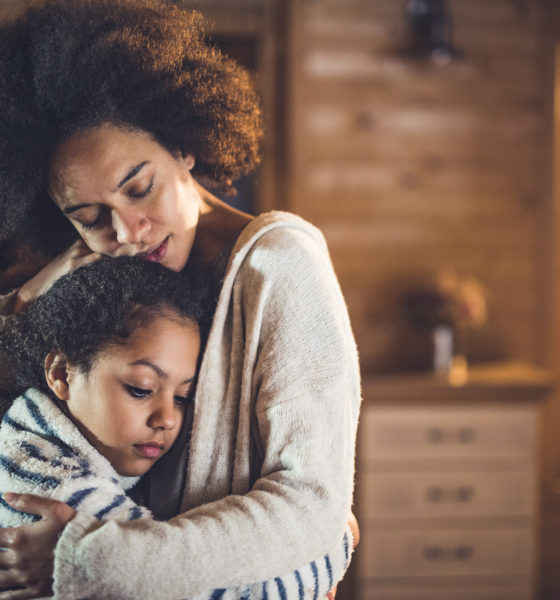 But it has to be more than that, doesn’t it?

There are a million questions to be asked and answered in the case of Faye Marie Swetlik, a six-year-old Cayce, South Carolina girl whose body was found by police three days after she was reported missing from her front yard earlier this week. We do not have answers to those questions right now. Also, once the official narrative of what ultimately befell Swetlik becomes clearer, it will only lead to more questions …

And ultimately, everything about this case and countless other heart-wrenching cases like it boils down to a simple question …

As human beings, we have a basic need to reconcile things. To ensure things add up. For all of our differences and increasingly divergent opinions (and for all the clamor and contentiousness associated with the exchange of these views), most of us have at least some conception of goodness and fairness at our cores … a commonality and humanity that see the smiling faces of children like Faye Marie and cannot compute any other outcome for them other than growing up and leading joyful and fulfilling lives with family and friends.

This is probably the real reason why social media in the Palmetto State (and beyond) has been ablaze with speculation ever since she disappeared – and especially now that her body has been found.

It is not that people are insensitive, or nosy, or rubbernecking a tragedy … although there is certainly some of that … it is that they are genuinely trying to make sense out of the nonsensical. Explain the inexplicable. Fathom the unfathomable.

In other words, they are trying to compute something that will never compute.

Because it cannot compute.

This news outlet has covered a lot of horrific crimes over the years. And no crimes are more horrific – more unspeakable – than those involving children.

In covering them (and their aftermath) – and in editorializing on what should happen to people who commit certain crimes against children – we see common threads.

For example, we have noticed a recurring theme amongst the people with whom we converse … a sentiment that seems to race to the forefront of everyone’s thoughts (and touch the tips of their tongues) as they embark down their own paths of trying to reconcile the facts of individual cases with the irreconcilable realities of murdered children.

The sentiment boils down to this: Hug your kids.

What else is there to say, really?

And so we say it. And we do it. Honestly, any South Carolina parent who did not take some extra time last night to give an extra squeeze, sing an extra lullaby or add an extra “I love you” as they put their little one(s) down to sleep probably needs a crash course in parental reprioritization.

Such responses are not only natural … they should be instinctual.

And by the tens of thousands across our state last night, these instinctual responses took hold. As they should have.

But (and you know this was coming) … there has to be more than that.

“Hug your kids” is just a starting point.

The response of families and communities to tragedies such as this cannot be confined to a fleeting emotional sensation akin to what we experience at the end of an uplifting movie, a moving religious service, a poignant speech or an evocative piece of music … because such reactions are replaced the very next day by the same pressures and preoccupations that consumed us before we were jarred from that reality.

The response to tragedies like this must be the individual, familial and societal rededication to the best interests not only of our own children, but the generation to which they belong.

It is not just about hugging our kids, it is about providing for them, protecting them and paying attention to them as they navigate a world that grows more dangerous by the day (and we are not merely referring to physical danger).

All of that ultimately boils down to one word: Sacrifice.

It means taking precious time and scarce energy that belong to us and giving it to them … willingly … without hesitation, reservation or recrimination.

Is that easy? Hell no. Ever since we were children our society has taught us that we should put ourselves first. This mentality has been ingrained in us from an early age, and shaking it can be incredibly difficult. In fact, it is hard even for decent, altruistic people who happily assume the responsibilities of parenthood. Also let’s be honest: Even parents with the best of intentions and most sacrificial of hearts come up against an impossible crunch. All of us live in a world that has become ridiculously fast-paced, complicated, contentious and … dangerous.

As modern life grows increasingly taxing and stressful, many of us realize as we race around attempting to secure provision for our children that we are shortchanging their emotional needs … or falling short of protecting them from the outside world (or the world inside their phones). And when we try to invest the necessary time into protecting them or paying attention to all of the important things they are telling us (or trying to tell us), we fall short on the provision front.

There is, to borrow a line from the late Michael Hutchence, just “not enough time.”

Again, none of this meant as a specific commentary regarding the case of little Faye Marie … which as of this writing remains a mystery. It is simply a commentary on what is required from all of us if we hope to limit the number of future victims (and more importantly, if we hope to stop breeding future victimizers).

A vicious cycle is gaining momentum in our world, people. And each one of us is either helping to slow it or hastening its tragic consequences.

We live in a fallen world. A broken world. A world in which there is no real justice. But as we have often noted, that does not mean justice does not exist. It does. And make no mistake: It is coming in a very real sense to those who harm children … and it is coming to them in a form and fashion commensurate with their depraved, animalistic acts.

Why? Because the circle must complete. It cannot but complete.

Yet as we await perfect judgments on the other side of the mortal coil for those who so richly deserve them, we must also look inward and remind ourselves that each one of us will also be called to give an account for ourselves.

And that there are justices we richly deserve.

How did we spend our time? Where did we devote our energies? What did we make of our abilities? And when our children needed us most … were we there for them?

Also, what did we do to push back against the evil in our world?

That is the ultimate lesson of tragedies like this … realizing we will never comprehend or understand the evil that creates them, but that it is nonetheless on all of us to push back against it with good. And giving. And forgiving.

“Redeeming the time, because the days are evil,” the apostle Paul wrote in his letter to the church at Ephesus.

No matter what fate befell little Faye Marie, let us all redouble our efforts to redeem the time in which we live on behalf of those who are relying on us to do so.

Because clearly the days are more evil than ever …

Related Topics:FeaturedHug Your Kids
Up Next

No, Pat Robertson Didn’t Say ‘That’ About Coronavirus