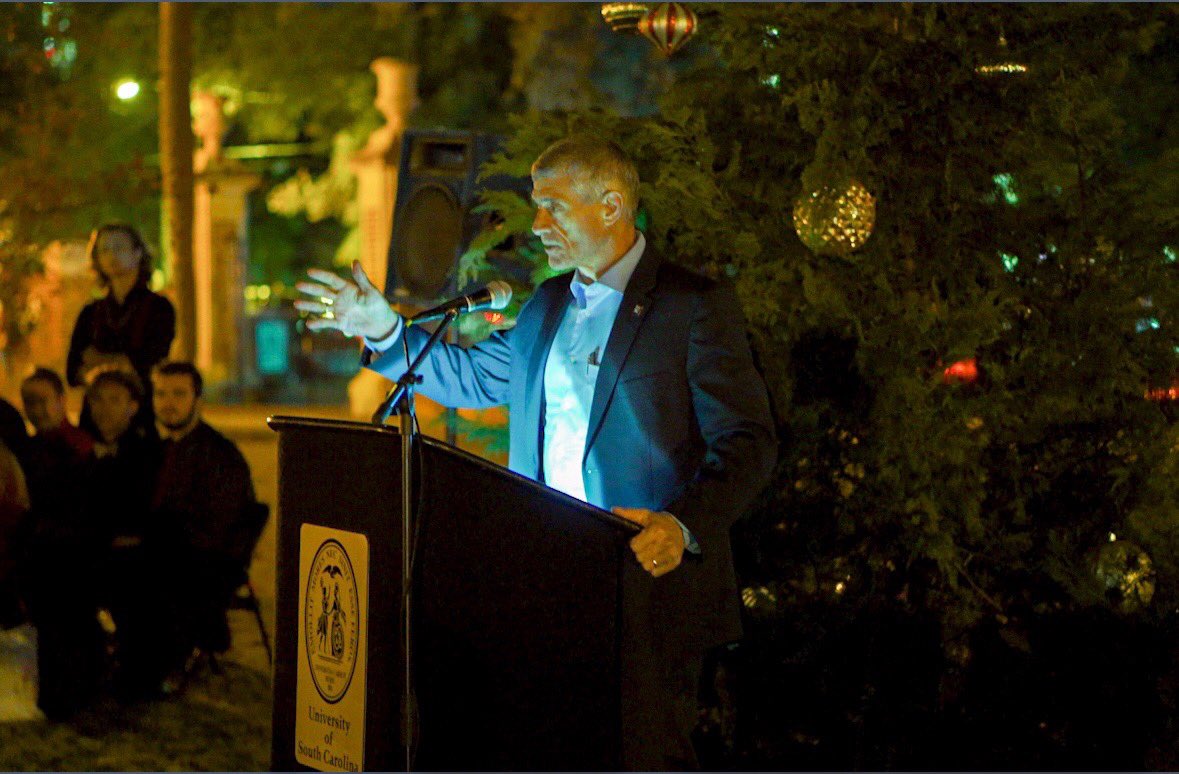 Embattled University of South Carolina president Robert Caslen has reportedly abandoned an idea that would have given students from the system’s satellite campuses a stipend to transfer to the school’s main campus in Columbia, S.C. The goal of facilitating such transfers? Boosting the percentage of students at the main campus who hail from the Palmetto State.

As high as 81 percent as recently as 1997, in-state enrollment dropped all the way to 58 percent by 2016, according to data from the S.C. Commission on Higher Education (SCCHE). In other words, out-of-state enrollment has more than doubled over the past two decades.

While the rising percentage of out-of-state students has boosted the school’s bottom line, it has angered many state lawmakers who believe South Carolina is abandoning its mission to educate its own citizens.

Caslen’s idea to begin “re-shifting” the composition of the main campus student population by drawing from the satellite campuses didn’t win him any converts, though. In fact, the idea only further infuriated lawmakers … who have grown increasingly frustrated with the new president in the aftermath of several questionable hiring moves and his disastrous intervention in the dumpster fire that is University of South Carolina athletics.

Particularly incensed? Legislators whose constituencies include faculty, staff, administration and alumni of the satellite campuses.

As a result, the plug was pulled on the idea …

How did all of this unfold?

On Tuesday, this news outlet was informed by a source familiar with the discussions that Caslen had “instituted a new scholarship program that gives stipends to students who transfer to USC’s Columbia campus from one of its regional campuses,” including USC Beaufort, USC Aiken and USC Upstate.

According to our source, the goal of the new stipend program was to “drive up the number of in-state students.”

“So you drive up the number by luring in-state students already attending one of the USC satellite campuses?” a prominent lawmaker familiar with the proposal told us. “That makes no sense.”

Late Wednesday, we reached out to university officials about these reports – hoping to get program targets and cost estimates – but no one seemed to have any idea about the proposal we referenced.

Early Thursday, word came back that the idea had been “floated as part of a ‘brainstorming’ session” and that Caslen had “since backed away from the idea.”

While we would love to take credit for our inquiries spurring the sudden abandonment of this ill-conceived idea, the real reason behind Caslen’s sudden about-face apparently stemmed from criticism he received from beleaguered board members – who are still reeling from the fallout of his contentious hiring back in July.

“He got lit up by several members of the board,” sources familiar with the situation told us.

Things are not going to get any easier for Caslen next week. According to our sources, on Monday afternoon at 6:30 p.m. EST the school will receive a ruling from the Southern Association of Colleges and Schools (SACS) regarding the overt political meddling in its recent presidential search.

Meddling the school has essentially acknowledged …

Meanwhile, we are told Caslen is making a hugely controversial personnel announcement next week … one sure to inflame allegations related to a rumored quid pro quo involving one of his prominent Democratic supporters.