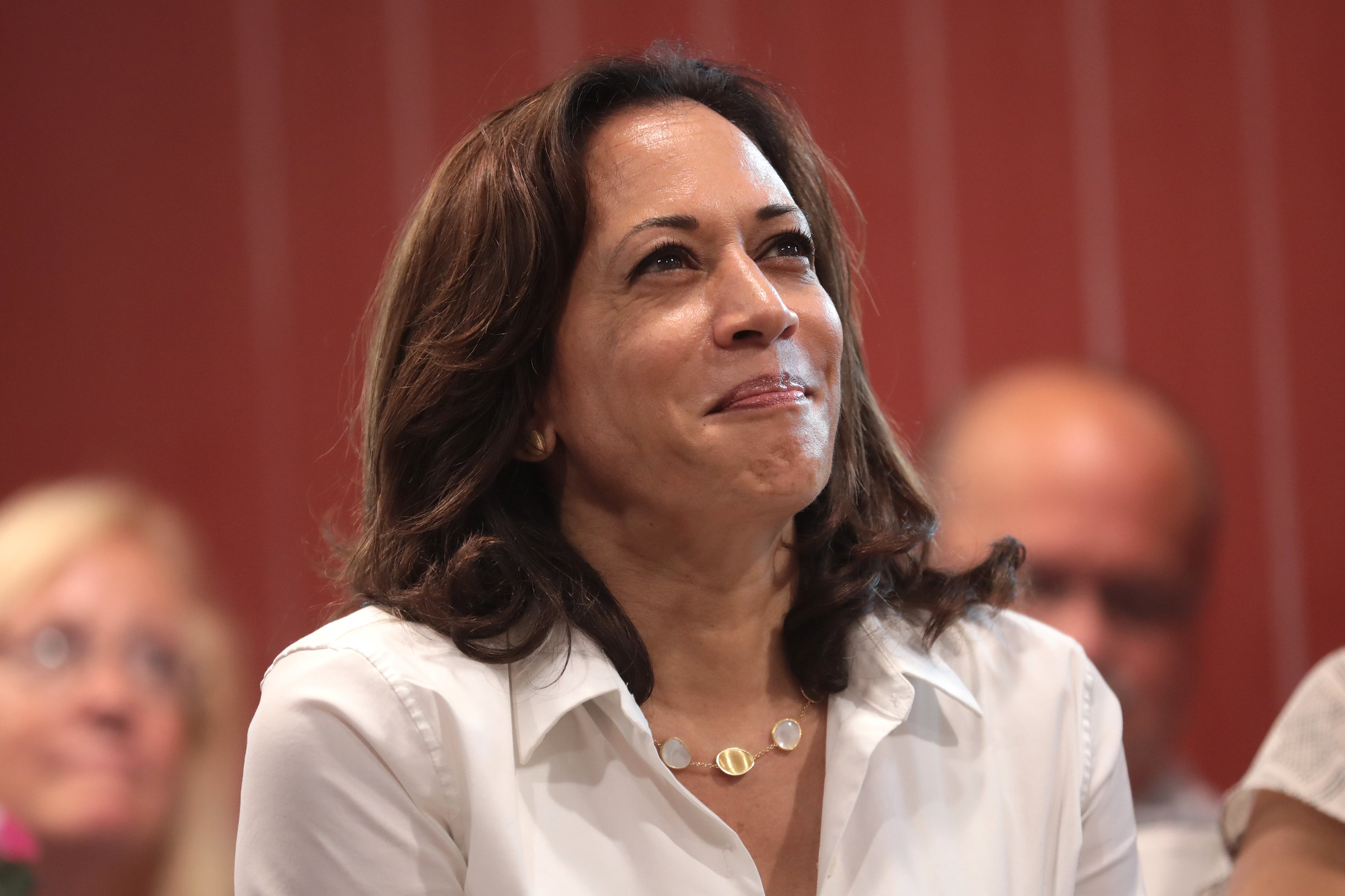 One of the early frontrunners for the 2020 Democratic presidential nomination has dropped out of the race. Or “suspended her campaign,” per the new political parlance. U.S. senator Kamala Harris of California – who surged into second place in this contest back in July following the initial Democratic debates – has seen her support steadily erode over the intervening months.

Her fundraising has also dried up … which she cited as her reason for dropping out (errr, sorry … suspending).

“I’ve taken stock and looked at this from every angle, and over the last few days have come to one of the hardest decisions of my life,” Harris wrote in a post on Medium. “My campaign for president simply doesn’t have the financial resources we need to continue.”

And unlike billionaires Tom Steyer and Michael Bloomberg – the latter of whom officially entered the race late last month – Harris cannot self-fund her candidacy.

“I’m not a billionaire,” she wrote. “I can’t fund my own campaign. And as the campaign has gone on, it’s become harder and harder to raise the money we need to compete. In good faith, I can’t tell you, my supporters and volunteers, that I have a path forward if I don’t believe I do.”

According to reporters Christopher Cadelago and Caitlin Oprysko of Politico, a Harris aide told them the first-term senator “sounded distraught” when she informed staffers of her decision on a call Tuesday.

The 55-year-old former prosecutor had an impressive résumé – and for awhile it appeared as though she had become ensconced among the top tier of Democratic candidates.

“In a crowded, constantly evolving field – she has been one of the few consistently known commodities capable of sustaining elevated levels of support,” we noted in an article back in April touting one of Harris’ early “First in the South” endorsements.

Harris was also well-positioned in the Palmetto State as recently as October, scoring the support of eleven percent of primary voters surveyed for a poll published by The (Charleston, S.C.) Post and Courier.

Those numbers didn’t hold, though …

Still, Harris had influential supporters willing to continue subsidizing her candidacy – including a $1 million investment in Iowa by a pro-Harris political action committee (which was announced just hours before she dropped out of the race). That investment was to fund advertisements making the argument that Harris was the Democrat most likely to defeat U.S. president Donald Trump next November.

In exiting the race, Harris made it clear she remained committed to defeating Trump.

“Although I am no longer running for President, I will do everything in my power to defeat Donald Trump and fight for the future of our country and the best of who we are,” she wrote. “I know you will too. So let’s do that together.”

What happened to Harris’ campaign?

Last week, a pair of process stories – one in The Washington Post and another in The New York Times – portrayed a candidacy in chaos and a candidate in perpetual flux on the pressing issues du jour. The Post story – written by reporter Chelsea Janes – began with an anecdote about Harris appearing at a Greenville, S.C. event and telling Upstate Democrats that the Palmetto State had become her “second home.”

Of course she quickly added “I’m also spending a lot of time in Iowa.”

“It was typical of Harris and her campaign, which has often displayed a desire to be everything to everyone that has instead left voters with questions about who she is, what she believes and what her priorities and convictions would be as president,” Janes noted. “As a result, her candidacy is now teetering, weighed down by indecision within her campaign, her limits as a candidate and dwindling funds that have forced her to retreat in some places at a moment she expected to be surging.”

The Times piece – penned by a trio of reporters – was even harsher, referring to Harris as an “uneven campaigner who changes her message and tactics to little effect” and who “has a staff torn into factions.”

“Harris and her closest advisers made flawed decisions about which states to focus on, issues to emphasize and opponents to target, all the while refusing to make difficult personnel choices to impose order on an unwieldy campaign,” the reporters added.

Frankly, we are surprised Harris’ candidacy came to such an ignominious end. We saw her as being among the most promising 2020 Democratic candidates, and her exit from the race leaves the party without what could have been one of its most compelling voices in a general election.