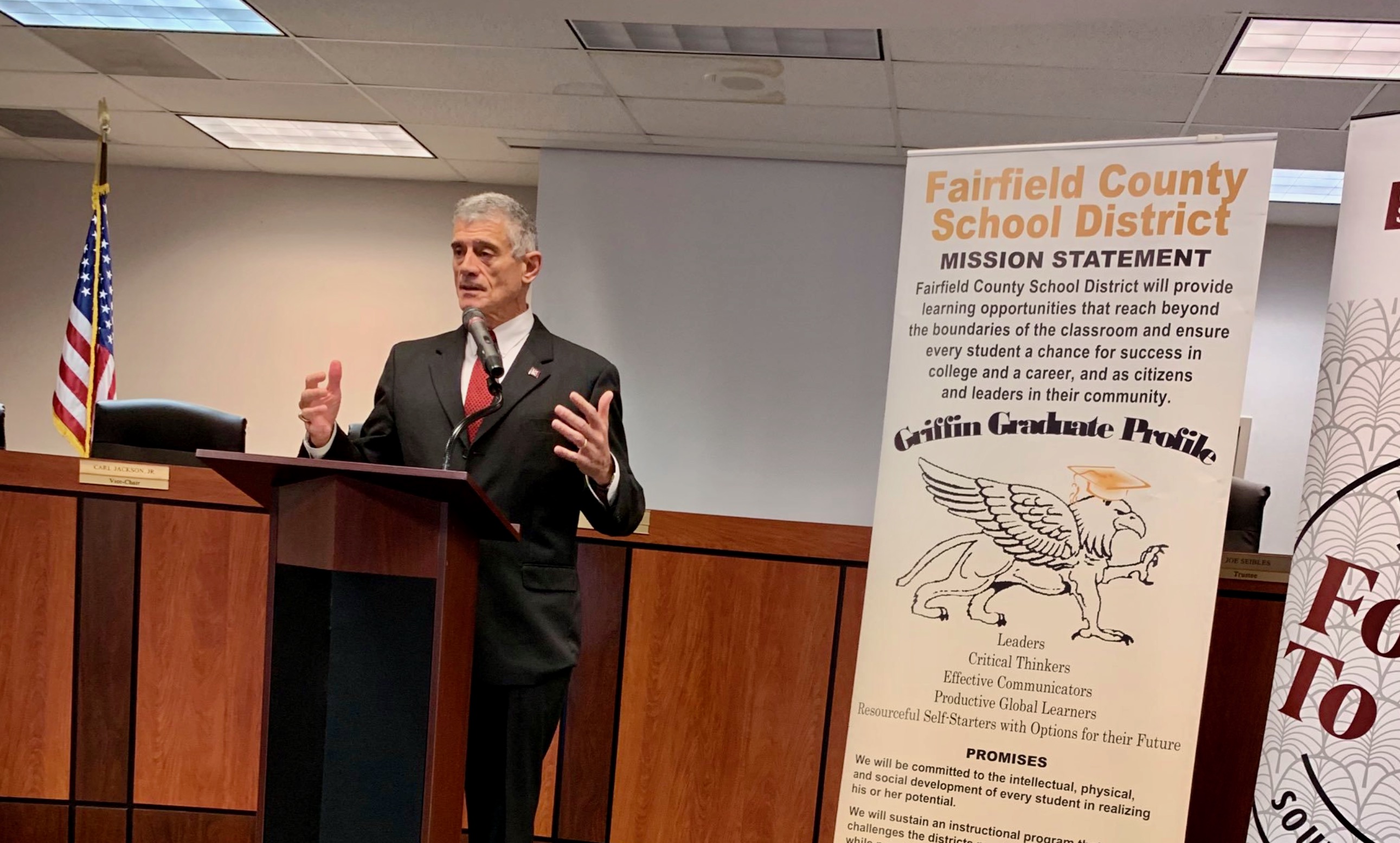 If you thought the University of South Carolina had achieved peak dysfunction earlier this week with regard to the institutional mismanagement of its football program … you thought wrong. Not-quite-ready-for-prime-time president Robert Caslen – the retired general who was shoehorned into his position this summer by governor Henry McMaster and his political allies – decided to wade into the athletics department drama once again.

And once again, it did not go well …

To recap: Late Monday, reporter Scott Chancey of The Florence (S.C.) Morning News published an article containing quotes from an interview with Caslen. The quotes featured Caslen doubling down on his support of beleaguered head football coach Will Muschamp … sort of.

After calling Muschamp “my coach, period” and affirming that the 48-year-old Rome, Georgia native would “remain my coach,” Caslen hinted that a likely blowout loss looming on November 30 against arch-rival Clemson could cause him to reconsider.

He further indicated that embattled athletics director Ray Tanner – who along with the school’s board of trustees is responsible Muschamp’ massive multi-million buyout – had communicated with officials at Florida State University about handling the massive $18 million buyout associated with the Seminoles’ recent firing of second-year head coach Willie Taggart.

In other words, Caslen’s support of Muschamp was clearly conditional. And negotiations were apparently underway to determine the feasibility of jettisoning him.

Moments after Chancey published his story, Caslen issued a statement disavowing it – essentially calling the reporter a liar.

“Let me set the record straight: Athletics director Ray Tanner did not speak with anyone at Florida State University about coaching contracts,” Caslen said.

“We have reviewed the recording and stand by our report,” a tweet from its sports desk noted.

Not surprisingly, Caslen began walking his prior remarks back on Wednesday …

According to the latest statement released from his office, the first-year president claimed he “misinterpreted” a question during his interview with Chancey and as a result “misspoke” in response.

“Earlier this week, I had a lengthy conversation with reporters and editors from the Florence Morning News about our university and the importance of keeping it affordable and accessible to the people of South Carolina,” Caslen said. “In the course of that interview, I was asked several questions about the football program, including one about Coach Muschamp that I misinterpreted. I misspoke and the mistake was mine, and I apologize for any confusion my comments have created with Gamecock fans or our program. Our athletic director and I support Will Muschamp, and we look forward to him being our coach next year and for seasons to come.”

Few doubt Muschamp will be retained for the 2020 campaign – but that is solely because the school does not want to eat close to $20 million buying him out.

Also, while Caslen apologized for any “confusion” his comments caused, he has yet to apologize to Chancey or the Florence Morning News for impugning their journalistic integrity.

So much for those values military men are supposed to uphold …

As we noted yesterday, this news outlet has had enough of the nonsense.

“Frankly, all of this is getting to the point where it seems as though a complete and total housecleaning is the only thing that can save the school – and yes, that housekeeping must include the politically appointed board members who chose these three blind mice and lavished huge contracts/ extensions upon them,” we wrote. “In other words, it is time to get rid of Muschamp, Tanner, Caslen and the board of trustees … no matter how much it costs.”