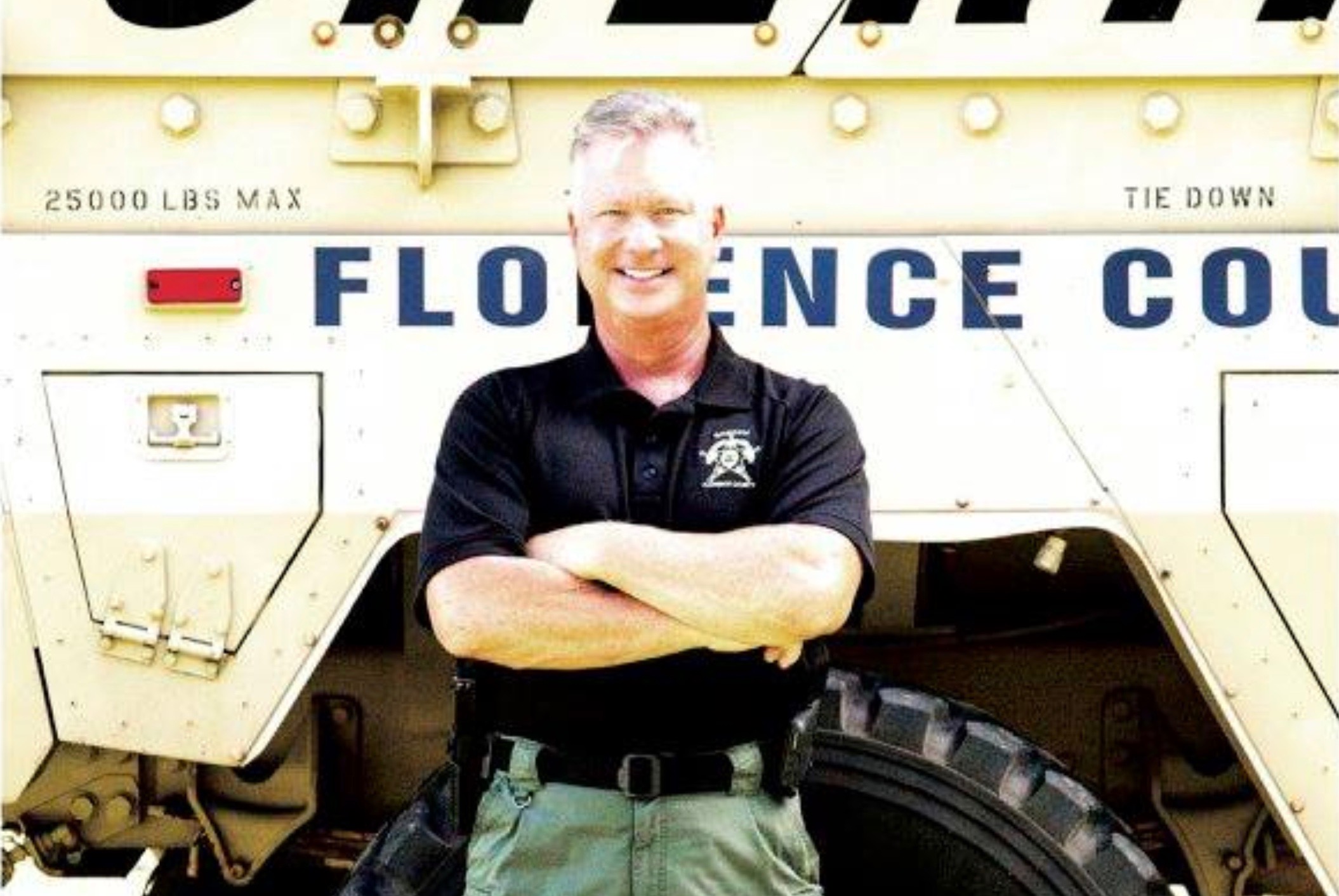 On the anniversary of a shooting that left two police officers dead and five others wounded, suspended Florence county, South Carolina sheriff Kenney Boone flaunted a court order and gave an exclusive interview to a local television station.

The disgraced lawman – who recently rejected a plea offer in the criminal case against him – gave the interview to reporter Tonya Brown of WPDE TV 15 (ABC – Florence/ Myrtle Beach, S.C.).

“It’s really hard to even think about or fathom the fact that it’s been a year,” Boone told Brown. “Hardly a day goes by that we don’t think about the incident.”

Boone spoke to Brown despite an order from S.C. circuit court judge Thomas A. Russo that prohibits him from giving media interviews.

According to Brown, “Boone reached out to ABC 15 News to talk about that tragic day” and specifically about Farrah Turner, one of the two officers who was killed in the shooting.

“We were very close,” Boone said of Turner. “She was very close to our family as well as we were close to her family. Our kids adored her. And for this incident to take place, it’s been tough on all of us.”

Boone was indicted back in April on state corruption charges and immediately suspended from office by statute. According to prosectors in the office of S.C. attorney general Alan Wilson, he used money from a federal narcotics fund to purchase “a variety of consumer type goods, including but not limited to bicycle equipment, groceries, coolers, baseball equipment, electronics or clothing.”

In addition to these two embezzlement charges, Boone was slapped with a misconduct in office charge.

Boone has yet to be charged at the federal level with any crimes, although we are told charges could be filed against him at the conclusion of the state’s case against him.

According to our sources, Boone was prepared to accept a plea agreement in late August that would have forced him to give up his office and serve a short jail sentence – but would have also allowed him to keep his law enforcement pension. Boone reportedly ” changed his mind at the last minute,” however.

Sources familiar with the situation said Boone was urged not to accept the deal by his wife, Anna Hovey Boone – who has figured prominently in most of the drama that has enveloped his life over the past few years.

Anna Boone offered her own thoughts on the anniversary of the shooting with a grammatically challenged social media post that recalled her watching “my husband drive away to head straight for his people.”

“Some have taken advantage of the weakness in grief and loss,” Anna Boone added, closing her post with the hashtag #HesStillHerSheriff.

Kenney Boone’s handling of the 2018 shooting was widely panned – particularly his refusal to allow the S.C. State Law Enforcement Division (SLED) to assist in emergency response and crime scene efforts.

Boone has had a longstanding feud with SLED owing to drama in his personal life.

That drama began last summer when the sheriff claimed to have received death threats from his new wife’s ex-husband, Alex Curlington.

SLED was actually in the process of investigating the allegations when Boone called in deputies with the Richland County sheriff’s department to take their place.  At that point, SLED stood down.

Not long after news of that drama broke, this news outlet reported exclusively on threats made by Boone against county finance director Kevin Yokim. Boone has also been accused of making death threats against Curlington.

Our view? We believe the sooner Boone accepts responsibility for his actions – and stops such opportunistic self-promotion – the better off he will be (and the sooner Florence county can move on).