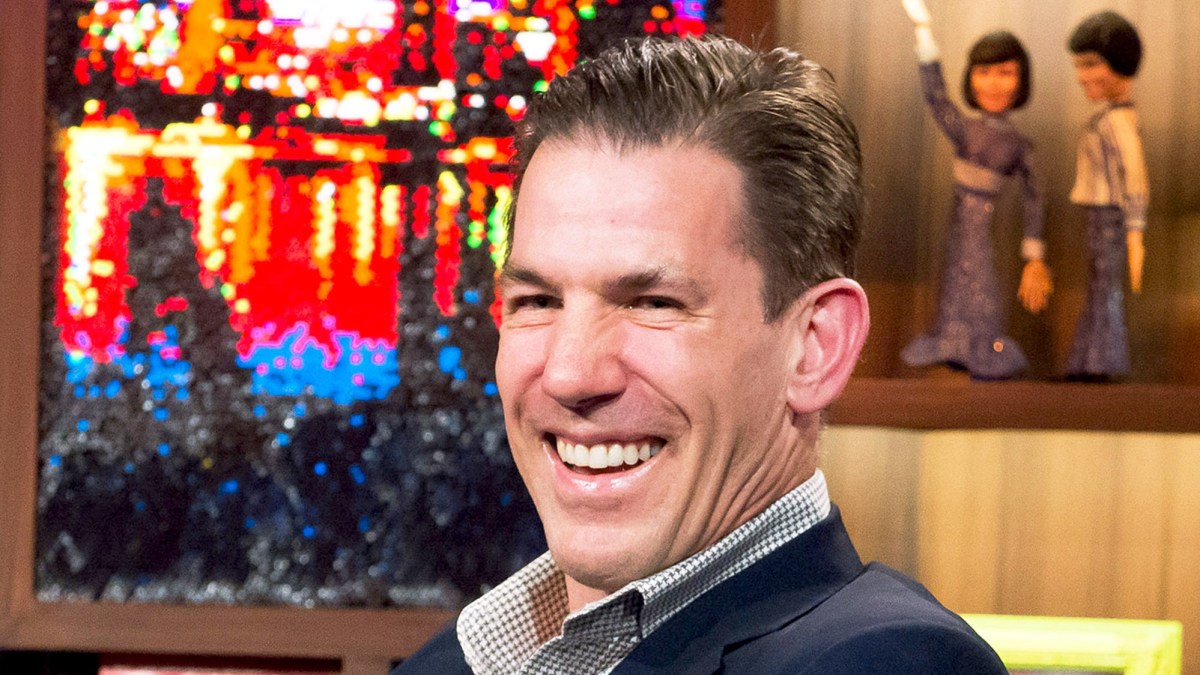 by AMY FEINSTEIN || Two videos featuring former South Carolina state treasurer Thomas Ravenel are making the rounds which allegedly show the former politician/ reality star partying hard with friends and sampling hallucinogenic mushrooms in one clip – and in another, seemingly impaired and slurring his words as he calls his son by his daughter’s name.

While the former star of Bravo TV’s Southern Charm just wrapped up his latest criminal case by pleading guilty to a misdemeanor assault charge, Ravenel still has upcoming court dates – including one in November in which he is fighting for custody of his two children, Kensington Calhoun Ravenel and St. Julien Rembert Ravenel. That case is against his ex-girlfriend, Southern Charm star Kathryn Calhoun Dennis.

Ravenel and Dennis (above) are due in court on November 18 for trial after failing to hammer out a custody agreement, and in all likelihood, the videos published by The Daily Mail will feature prominently in the ensuing drama.

So where did these videos come from?

While The Daily Mail stated they were provided by an unnamed party-goer, our source claims that the person who filmed one of the clips is Ashley Pillar, a Mount Pleasant, S.C. man who has already been named as a key player in the Ravenel-Dennis case. Pillar, who has provided divergent affidavits for both Ravenel and Dennis in their custody case, acknowledged he was the person who shot the video in the first of his two sworn affidavits to the court.

The video provided to The Daily Mail that features Ravenel and others at a party discussing the mushrooms was taken at his Beaufrain Street address in the main house while the children were reportedly in the “back house.”

The party video is not of the best quality as the videographer was attempting to keep the phone hidden while getting images of the disgraced politician dipping his hand into a baggie containing the hallucinogenic mushrooms.

While a female guest says “I wouldn’t want to do it. I don’t want to hallucinate,” Ravenel tells her “It’s just mushrooms!” After that you can hear what sounds like Ravenel’s voice boasting that mushrooms don’t show up on drug screens, as both he and Dennis were frequently tested in connection with their custody case.

According to our source, Pillar was known to possess this video for some time before it made its way to the internet.

Pillar was a friend of Ravenel and Dennis, and later dated Dennis briefly – providing a sworn affidavit on her behalf to the court in 2017 about parties he allegedly attended at Ravenel’s home in the late summer of 2016.

In the first incident, Pillar claimed he was invited to Ravenel’s home on Beaufrain Street where they were in the back house where the children lived. Ravenel was partying with two women, according to the affidavit, as the children’s nanny had the night off.

When I first arrived at the house Kensie was awake and watching TV. It was around 7:30 p.m. when Thomas took Kensie and locked her in her bedroom, located downstairs in the backhouse right off the room where everyone was gathered. After Thomas locked Kensie in her room, I could see from the couch in the main living area Kensie sticking her fingers out from under the door and I could hear her crying loudly for her daddy. When I said something to Thomas about this, Thomas’ reasoning for leaving Kensie locked in her room was because she needed to be on a schedule. After he locked Kensie in her room, Thomas up went upstairs with one of the girls, (REDACTED). From downstairs where I was sitting on the couch I could hear very loud noises that sounded like Thomas and (the woman) having sex while both children were in their bedrooms. I became uncomfortable at the sounds of Thomas having sex with (the woman), who also had a boyfriend at the time and left.

In the same affidavit, Pillar admits he was the person behind the
cellphone video.

Later that night, Thomas told me that another man at the party had a large plate filled with cocaine in his living room in the front house. Thomas stated he was worried that people on the street could see into the house and see the cocaine in his house. Around that time, I went upstairs to avoid the people on the first floor. When I arrived upstairs there was a small crowd of people in the upstairs bathroom. These people were doing drugs, including mushrooms. At this point I took a short video of the people in the bathroom with the drugs as evidence of Thomas’ behavior. I left the party around 1:00 am that night, however around 3:00 or 4:00 a.m. Thomas called me and told me that police had been called to his house.

This summer, Pillar reversed course and submitted another affidavit for the court (complete with partially nude photos of Dennis that he had on his phone). In the second filing, he says Ravenel is the best parent for the two children, disparaging Dennis as being “addicted to prescription medications, marijuana, alcohol and sex.”

Pillar also described Dennis as “one of the most paranoid human beings I’ve ever met,” someone who “feels like everyone is out to get her.”

The custody battle is obviously coming to a head, and Dennis has added new players to her legal team including Charleston-based EGJ Family Law.