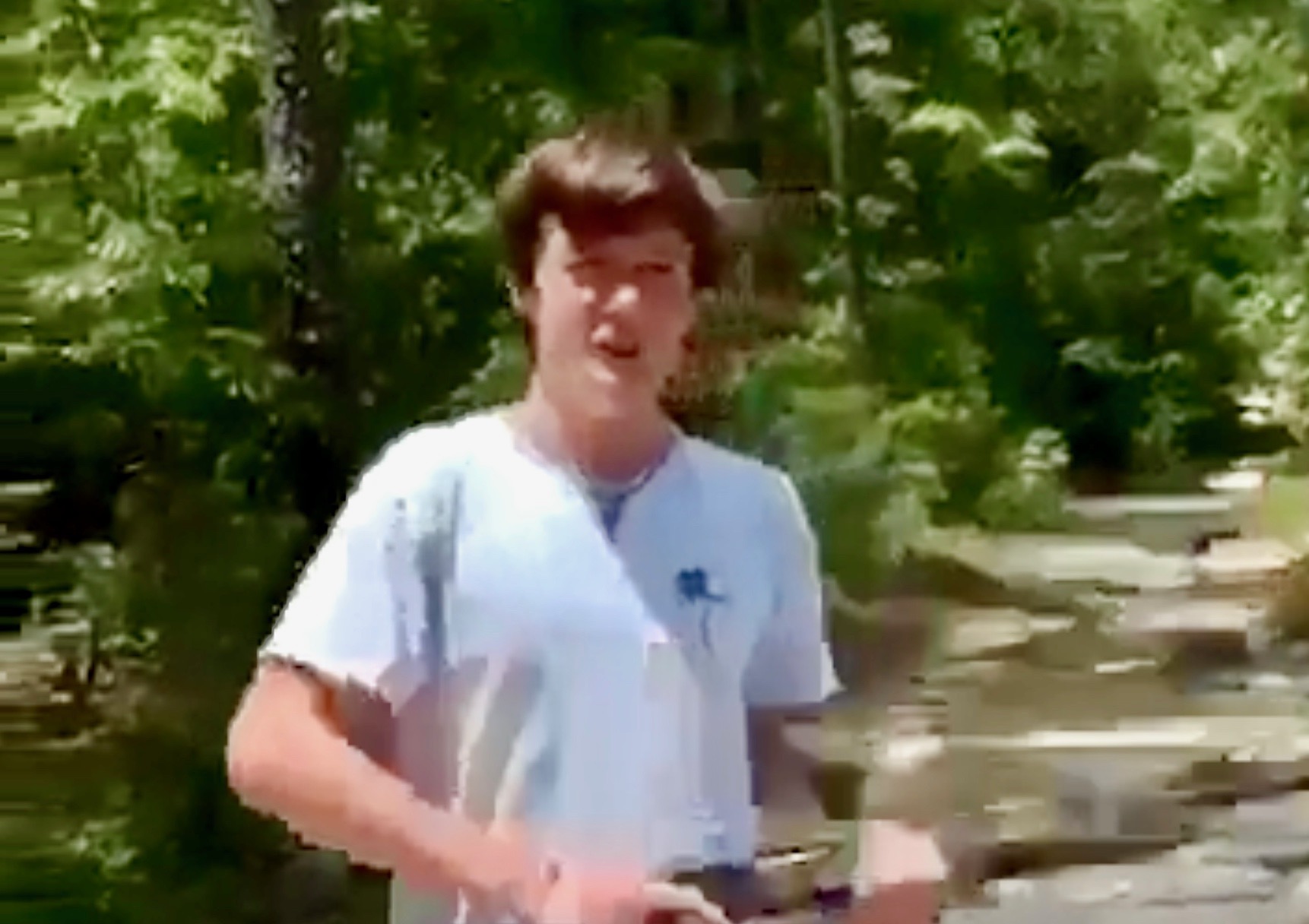 Parker Mustian, a 16-year-old former student at Cardinal Newman high school in Columbia, South Carolina was arrested by local law enforcement officers last month after he appeared in a pair of racist “public service announcements” that were circulated among students at his school.

Mustian is further alleged to have threatened to “shoot up” the Catholic school following his forced withdrawal from the institution last month.

Mustian proceeds to fire a weapon at what he claims are “a box of Jordans – the favorite pair of shoes for a black man.”

“I’m going to show you what I think of a black man,” Mustian says, unloading his weapon at the box of shoes.

“F*ck all n*ggers,” he says after firing.

A second video is even more graphic, with Mustian firing two weapons into the same shoe box.

“It seems that our n*gger hasn’t quite learned his lesson yet,” Mustian said. “It seems like he needs twenty-five rounds to the dome.”

Other videos and text messages allegedly sent by Mustian have yet to be published, but are reportedly in possession of law enforcement.

Mustian is the grandson of Richard Quinn, the prominent South Carolina political strategist whose empire recently collapsed as part of a multi-year corruption probe. That probe is ongoing. In fact, Quinn was arrested earlier this year and charged with eleven counts of perjury and one count of obstruction of justice in connection with the investigation.

The graphic videos were posted on social media over the weekend by Annabelle Robertson, a former Democratic candidate for South Carolina’s second congressional district. Robertson’s daughter is friends with several students who attend Cardinal Newman, and her “peer group” was reportedly sharing the threatening clips.

You can watch the videos below, although we would warn our readers they are extremely graphic in nature …

The videos were filmed back in May, according to reporter Sammy Fretwell of The (Columbia, S.C.) State newspaper.

Sources close to Mustian’s family tell us the young man is not a hateful person by nature, but was part of a group of boys who made videos purely for “shock value.”

“The idea was to see who could be the most outlandishly, ridiculously offensive,” the source told us. “They weren’t being serious.”

Mustian was arrested last month by officers of the Richland County sheriff’s department in connection with alleged threats made against the school.

According to deputies, Mustian threatened to “shoot up the school’’ after he was expelled for his involvement in racist videos and text messages.

Cardinal Newman did not notify parents until 10:00 p.m. EDT on Friday, August 2, 2019 – when The State was publishing its first story on the matter.

In posting the videos, Robertson wrote that “people MUST understand the ramifications of teaching their child – or even allowing – racism to go unchecked.”

We cannot speak to Robertson’s claims regarding Mustian’s upbringing, but they will likely resonate with many in South Carolina given the neo-Confederate roots of Richard Quinn’s empire, which was referred to in the Palmetto State as “The Quinndom.”

Our view on this situation? We have any number of thoughts, which we will be addressing in a column on the matter very soon …

UPDATE: Some editorial thoughts on this story.