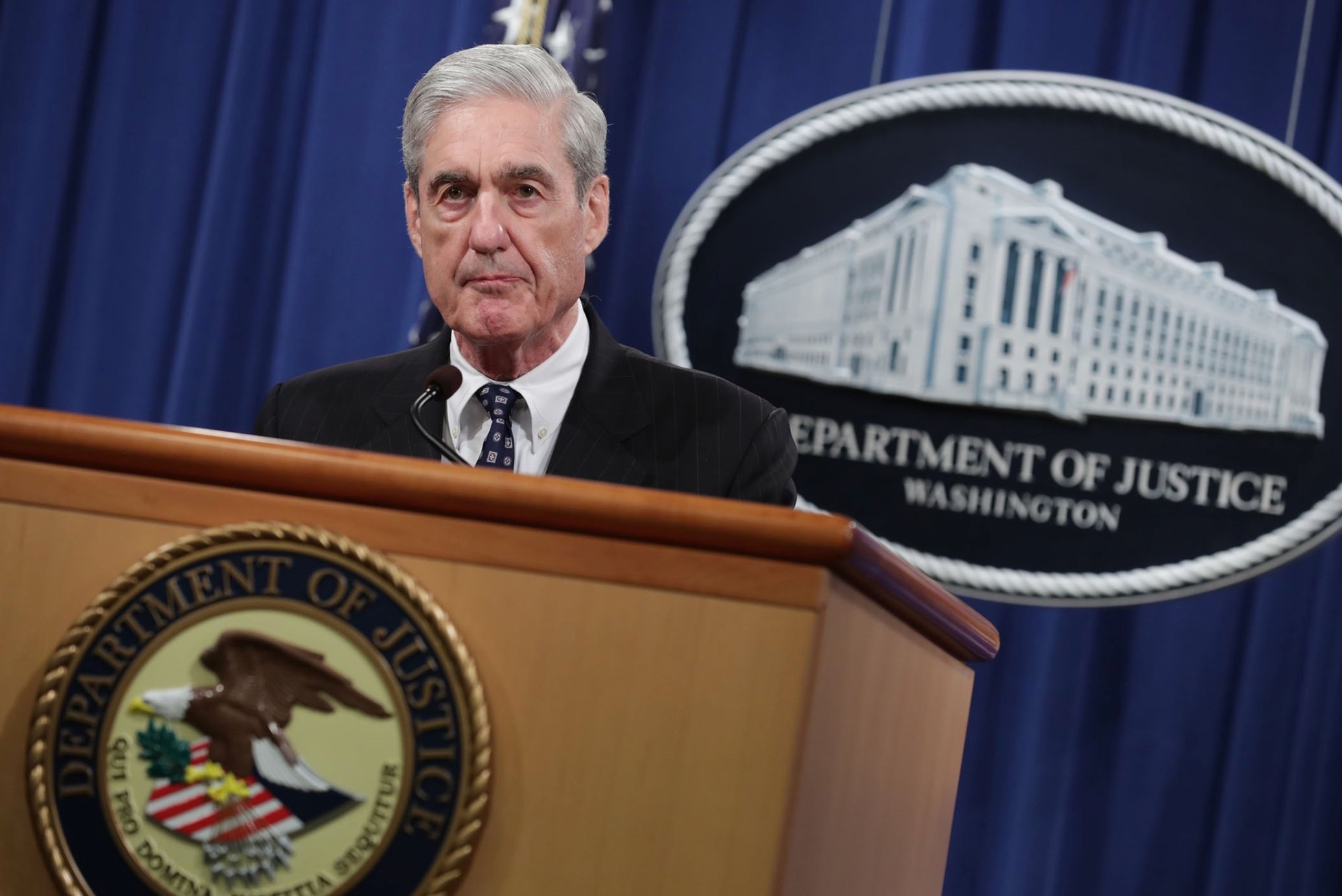 U.S. special counsel Robert Mueller – whose recently concluded investigation of president Donald Trump has led to calls for the latter’s impeachment – made a rare public statement on Wednesday in connection with the inquiry.

His remarks – which Trump reportedly watched from the White House – have revived a debate within the Democratic party over whether impeachment proceedings should be initiated against the Republican incumbent.

So far, U.S. speaker Nancy Pelosi has resisted a push from her liberal base to impeach Trump. Pelosi and many “moderate” Democrats believe they have electoral math on their side heading into the 2020 general election and that impeaching Trump could conceivably damage them more than him.

Will Mueller’s statements change that? We shall see … but his comments provided a stark contrast to the portrayal of his office’s work by attorney general William Barr.

“If we had confidence that the president clearly did not commit a crime, we would have said so,” Mueller said. “We did not, however, make a determination as to whether the President did commit a crime.”

Mueller went on to explain that an American president “cannot be charged with a federal crime while he is in office.”

“That is unconstitutional,” he said. “Charging the president with a crime was therefore not an option we could consider.”

Some Democrats – and one Republican – took that statement as an invitation for congress to take action.

“Congress must act,” U.S. congressman Val Demings of Florida tweeted in the aftermath of Mueller’s remarks. “He’s asking us to do what he wasn’t allowed to – hold the president accountable.”

“The ball is in our court, congress,” tweeted U.S. congressmanJustin Amash of Michigan, who is so far the only Republican to support impeachment proceedings against Trump.

U.S. judiciary committee chairman Jerry Nadler – who would convene any impeachment proceedings against Trump – made it clear he believed Mueller’s statement was sufficient to initiate such an action.

“Given that special counsel Mueller was unable to pursue criminal charges against the President, it falls to Congress to respond to the crimes, lies and other wrongdoing of President Trump – and we will do so,” Nadler said. “No one, not even the President of the United States, is above the law.”

If Nadler does decide to hold impeachment proceedings, Mueller has made it clear he has no intention of testifying.

“I hope and expect this to be the only time that I will speak to you in this manner,” he said on Wednesday. “I am making that decision myself. No one has told me whether I can or should testify or speak further about this matter. There has been discussion about an appearance before Congress. Any testimony from this office would not go beyond our report. It contains our findings and analysis and the reasons for the decisions we made. We chose those words carefully and the work speaks for itself. And the report is my testimony. I would not provide information beyond that which is already public in any appearance before congress.”

In fact, Mueller made it clear he has no intention of saying anything publicly about his investigation moving forward.

“Beyond what I’ve said here today and what is contained in our written work, I do not believe it is appropriate for me to speak further about the investigation or to comment on the actions of the justice department or congress,” he said.

Mueller was as good as his word on that last point, too, declining to take questions following his brief remarks.

For a president to be removed from office, two-thirds of senators present in the chamber must concur with the articles of impeachment.

“Nothing changes from the Mueller Report,” Trump tweeted. “There was insufficient evidence and therefore, in our country, a person is innocent. The case is closed! Thank you.”

Somehow, we suspect that will not be the last word on the matter …