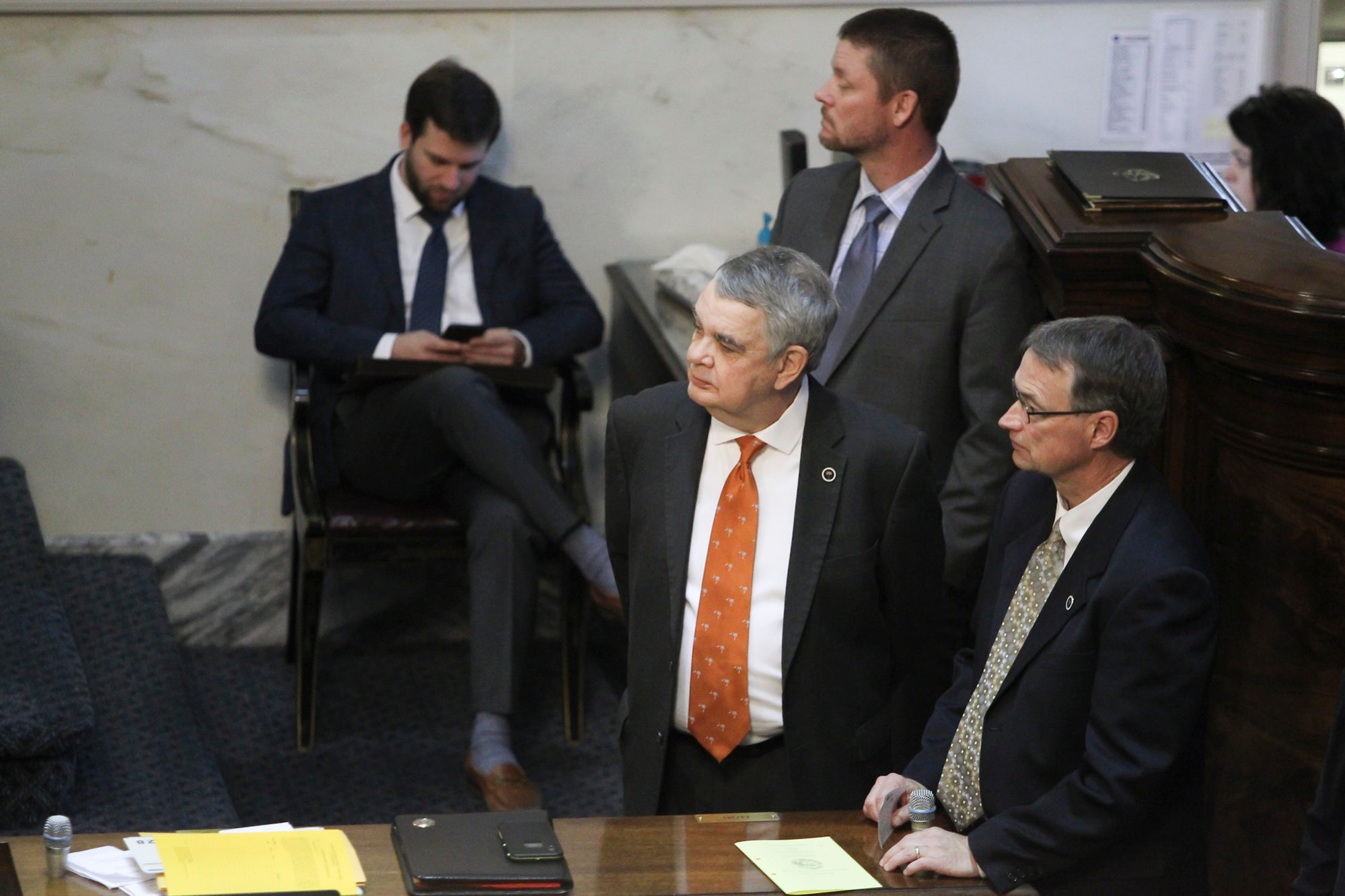 This news outlet has not always been a fan of state representative Davey Hiott. His voting record may be marginally better than most “Republican” leaders in South Carolina’s results-challenged legislature … but not by much.

The Pickens, S.C. native has also been plagued in the past by proximity issues involving his son, lobbyist Lander Hiott.

In other words, whether Hiott wins or loses reelection to S.C. House District 4 (map) in next spring’s GOP primary is of no consequence to us.

It is apparently of significant consequence to others, though … and according to multiple sources within the S.C. House of Representatives, the eighth-term lawmaker (and chairman of the House agriculture, natural resources and environmental affairs committee) is going to have a fight on his hands come next June.

Earlier this summer, we received a tip that Hiott was reportedly among the most “vulnerable” GOP House members in the coming election cycle.

Whatever we may think of Hiott, that bit of information surprised us. Hiott easily dispatched his 2018 GOP primary challenger, Phillip Healy, and was unchallenged in the 2016 Republican primary election. On the list of Republican House members likely to stare down a credible primary opponent in 2020, we would not put his name at (or even really near) the top of the list.

According to our sources, Hiott’s endangered status stems from a botched effort to provide political cover to another endangered state representative and GOP leader, House judiciary chairman Peter McCoy.

A Republican in Charleston County, McCoy (above) nearly lost his seat in the 2018 general election as Democrats experienced a resurgence in the area – capturing the first congressional district from the GOP and putting multiple state lawmakers on the defensive.

One of the big issues driving this resurgence? Opposition to offshore drilling …

According to our sources, Hiott was supposed to push a pro-offshore drilling bill through his committee during the 2019 legislative session – a bill McCoy would then have singlehandedly defeated (to great fanfare) when it reached the floor of the House.

The mainstream media – especially one outlet in particular – would have lapped up the drama, and McCoy would have burnished his anti-offshore drilling bona fides with coastal voters in S.C. House District 115 (map), which he has represented since 2011.

Details are sketchy (and some of our sources within the House are contradicting each other as to the alleged particulars of the arrangement), but the generally agreed-upon gist is that Hiott refused to participate in this planned political theater – angering House leaders including S.C. speaker Jay Lucas, an ally of McCoy’s.

As a result, he now has a target on his back …

Our view? Again, when it comes to Hiott we do not particularly care whether he sinks or swims. So if he is being targeted for defeat in his primary election (for whatever reason), we will happily prepare some popcorn, sit back and enjoy the show.

Of course in keeping with our longstanding policy, our microphone will remain open to him, his opponents and his defenders to publish their views as they see fit … which goes for any contested race at any level of government.

We certainly have our own beliefs on things, but at the end of the day our job is to advance the marketplace of ideas in the Palmetto State … which means offering everyone the opportunity to have their say.