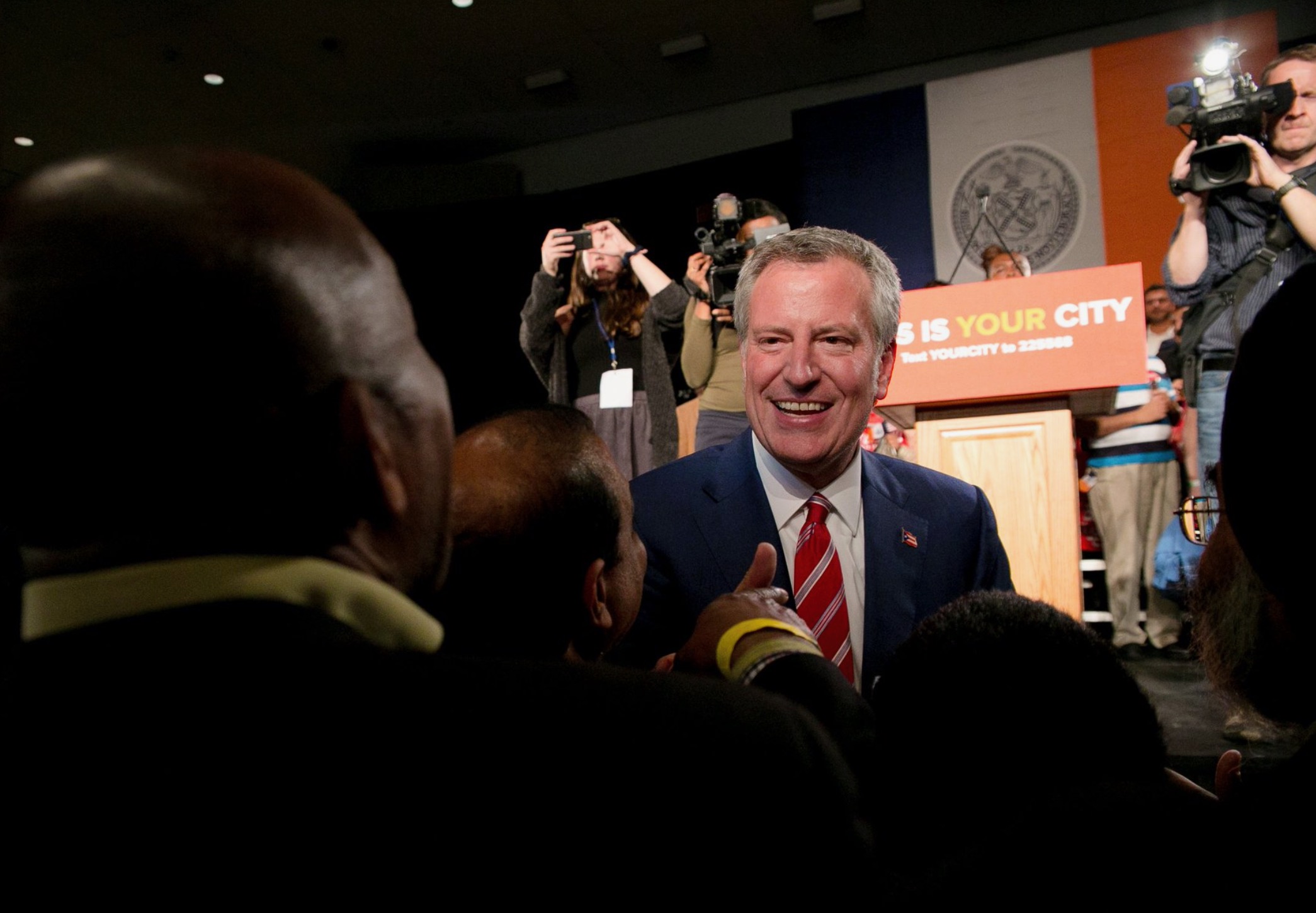 New York City mayor Bill de Blasio – one of the most fiscally liberal, anti-liberty politicians in America – declared himself a candidate for the White House in 2020.

Wait … does this mean de Blasio wants to “spread the wealth around” like former U.S. president Barack Obama promised in 2008?

Obama was true to his word, incidentally … just not in the way people expected.

Governor Jay Inslee of Washington, governor Steve Bullock of Montana and former governor John Hickenlooper of Colorado are in the mix, too, as are author Marianne Williamson and liberal entrepreneur Andrew Yang.

So far, Biden is the clear frontrunner for the nomination – with Sanders, Harris, Buttigieg and Warren vying for second-tier status in early-voting Iowa, New Hampshire and South Carolina.

Can de Blasio break into that second tier? It is doubtful … but it is clear his entry into the race will tilt the field’s ideological orientation even further to the left. It will also further splinter the liberal wing of the hopelessly divided Democratic party – which is eager to identify an alternative to Biden, who is deemed too “centrist.”

Our view? So far the composition (and orientation) of the Democratic field represents a best-case scenario for U.S. president Donald Trump, who has rallied the GOP base behind him and (for now) is benefiting from positive economic numbers.

“The Dems are getting another beauty to join their group,” he tweeted, referring to de Blasio as a “JOKE.”

“But if you like high taxes (and) crime, he’s your man,” Trump added.

De Blasio is not the first New York City mayor to seek the presidency. Republican-turned-Democrat John Lindsay ran in 1972, while Rudy Giuliani sought the GOP nomination in 2008. Liberal billionaire Michael Bloomberg toyed with bids in 2016 and 2020 but decided against running both times.