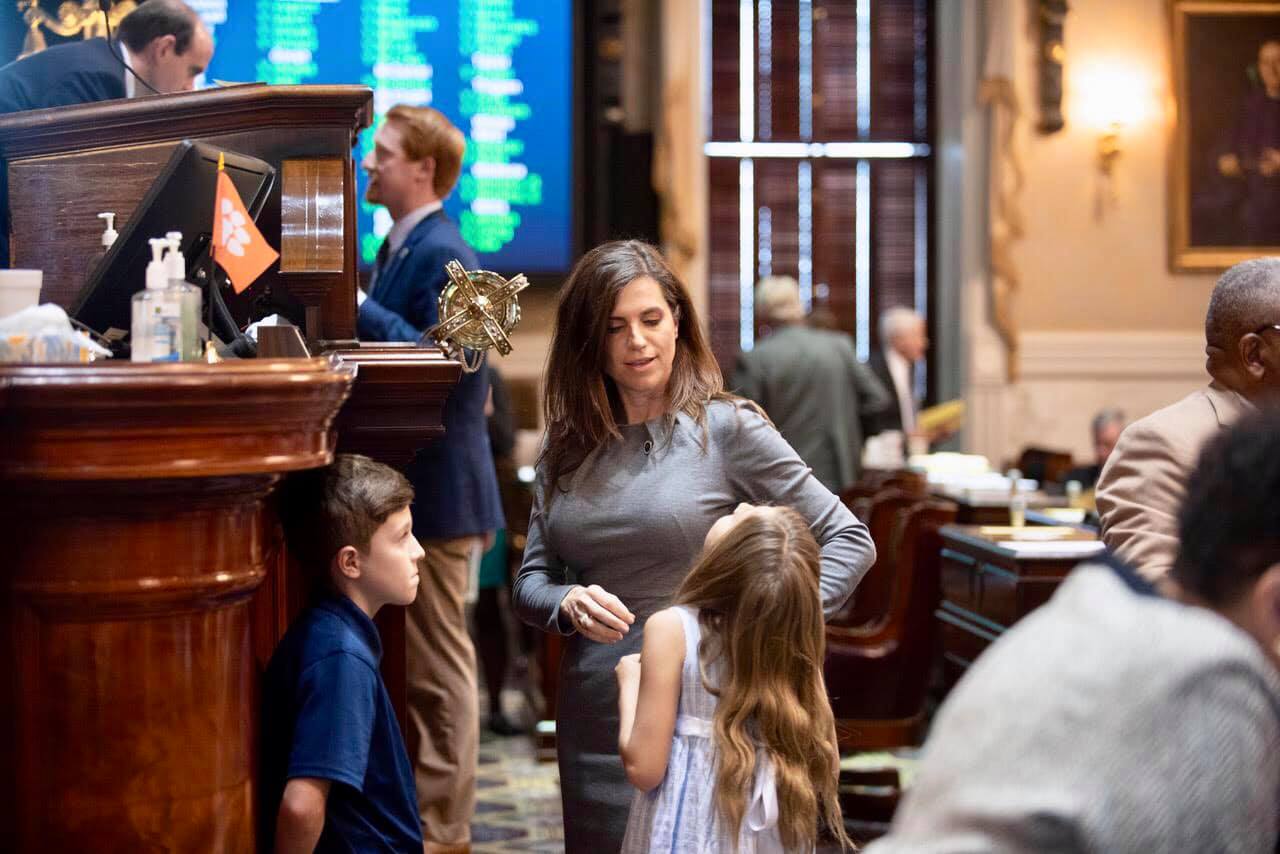 South Carolina state representative Nancy Mace – one of the Republican party’s top prospects to run for the Palmetto State’s first congressional district in 2020 – is getting blasted by a prominent pro-life organization.

Mace – who has been catching plenty of flak lately – is getting lit up by Personhood SC over her successful efforts to include rape and incest exemptions as part of the so-called “heartbeat bill,” H. 3020.

Mace got very personal during the House debate over these exemptions – revealing herself to be a rape victim. Mace’s compelling testimony was credited by many of her colleagues with securing the addition of rape and incest exemptions as part of this legislation.

As its name suggests, the heartbeat bill would outlaw abortions after a heartbeat is detected – usually around six or seven weeks into a pregnancy.

The S.C. House of Representatives engaged in some parliamentary subterfuge in passing this bill earlier this year – although it is highly unlikely to clear the S.C. Senate, where an abortion ban was shot down last year.

Nonetheless, Personhood SC supporters are adamant that Mace – not the multiple left-leaning, pro-choice Republicans in the Senate – is their real enemy.

“Mace believes it is OK to kill a baby based solely upon the circumstances surrounding that human being’s conception,” a mass email from SC Personhood noted. “She is confused on this issue. She is not pro-life. We hope she will awaken to this reality like Catherine Templeton did during her bid for South Carolina governor.”

In case you were wondering, the Catherine Templeton comment is a reference to this dust-up from the 2018 GOP gubernatorial campaign.

This news outlet agrees with Mace on this issue.

“We do not support abortions in either of these cases, obviously, but we recognize that incest creates serious health risks to unborn babies and that rape victims became pregnant through absolutely no fault or intention of their own,” we wrote in late 2017.  “We would hope that rape victims would give their unborn babies a chance – especially with so many families looking to adopt these days – but we do not see how compelling them to do so is in any way consistent with libertarian values.”

Mace took umbrage to that description …

“Rape is NOT a ‘misdeed.’ Rape is an abhorrent crime,” Mace added. “Rapists are NOT ‘parents’ and should have no rights as a ‘parent.’ Women and children who (are) raped are NOT ‘killers’ and they do NOT have ‘twisted logic.'”

Mace went on to describe the post card as “degrading to women and worse to women and children who’ve been raped.”

“I cannot believe one of my colleagues had the nerve to say this aloud, let alone put it in print and pass it around the chamber of the House today,” she said.

Our view? In addition to our previously stated support for the exemptions described above, we believe this Personhood SC post card is atrociously worded – first for equating rape to a “misdeed,” and then for confusing which parent is allegedly to blame for it.

We continue to support the goals of this organization – and believe many of its supporters are acting in good faith – but this is not the first time its questionable tactics have raised eyebrows.