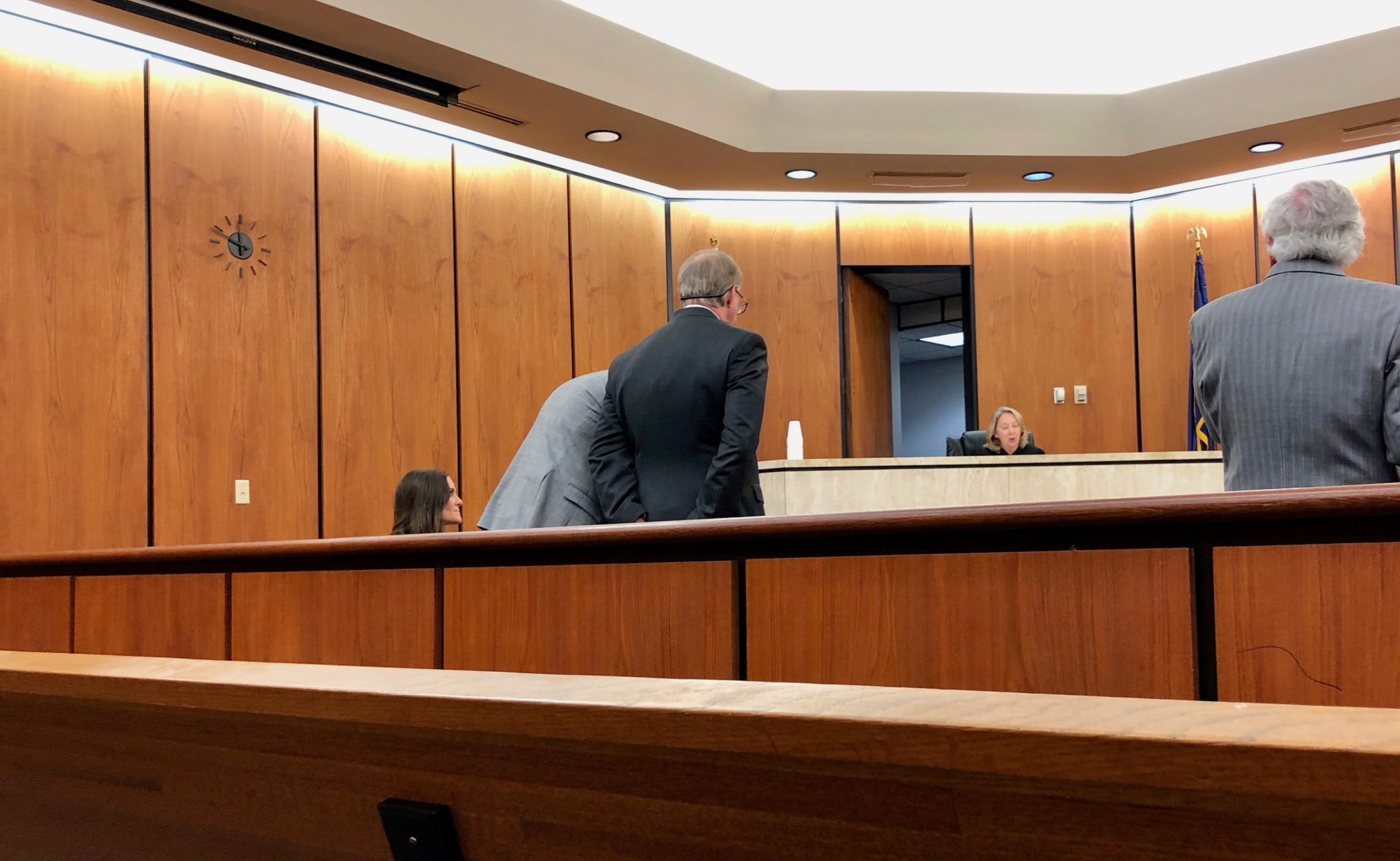 A court date has been set for May 20, 2019 to hear pre-trial motions related to the contentious, high-profile divorce of #TheMcGills – South Carolina’s most riveting real-life soap opera (and a reality television show just waiting to happen).

The big question? Whether the hearing for this telegenic estranged couple will be open to the public … and whether the reportedly seismic case files connected to their drama-filled divorce will ever be unsealed.

Meanwhile, filings related to this case have remained under lock and key – a decision this news outlet has repeatedly protested.

“Prominent politicos in the Palmetto State should not be allowed to have their dirty laundry hidden from public view when that courtesy is not afforded to the rest of us,” we wrote last July.

Interestingly, attorneys for Jenny McGill (below) have petitioned on numerous occasions – including as recently as last week – to have the files unsealed.

#TheMcGills divorce case was delayed last fall due to John McGill’s decision to file for bankruptcy.

That decision also led to a heated February hearing in family court in which this news outlet was slammed by one of John McGill’s attorneys.

According to an audio recording of the proceedings provided to this news outlet, John McGill’s lawyer – John McDougall – told S.C. family court judge Rosalyn Frierson-Smith he would not object to certain financial documents related to the divorce case being unsealed so long as those documents were provided to “bankruptcy court and nowhere else.”

“We don’t want it published in FITSNews,” McDougall told the judge.

Late last week, however, a consent order was submitted to dismiss this bankruptcy filing with prejudice for a period of three years after the trustee assigned to the case determined McGill “intentionally or with reckless disregard failed to disclose material information in his bankruptcy schedules and statements and failed to maintain sufficient records from which his financial condition could be ascertained.”


#TheMcGills have been generating headlines since March of last year, when this news outlet exclusively reported on a bizarre domestic incident that took place in January 2018 at the couple’s home in the gated, upscale King’s Grant neighborhood of Columbia, S.C.

In the early morning hours of January 27, John McGill – ostensibly under the influence of laced cocaine – called officers from the city of Columbia, S.C. police department to his home in response to “a possible home invasion.”

Police searched the residence after both reported home invasions and found nothing. Thankfully, Jenny McGill and the couple’s three young children were not in the home during the second incident when John McGill fired his weapon.

McGill (above) claimed the drugs he took were a “gift” from 24-year-old Alexia Cortez, a Columbia, S.C.-based political operative who was a contract employee of both McGill’s consulting firm and Yancey McGill’s gubernatorial campaign. Cortez has denied these reports, however.

No one was ever arrested in connection with either of these bizarre incidents … which we find absolutely baffling given the substances allegedly used, the fact that a weapon was discharged and the massive police response generated by both hallucinated home invasions.

The two hallucinated home invasion incidents led Jenny McGill to file for divorce, setting off this bitter battle between the 34-year-old strategist and her 39-year-old husband – who served for years as a top advisor to former S.C. lieutenant governor André Bauer.

In addition to these political connections, #TheMcGills soap opera also allegedly involves a “star witness” – a transgender woman named Tessa Harris (above) who is reportedly connected to at least one cast member of the hit Bravo TV reality series Southern Charm, which is filmed on location in and around Charleston, S.C.

Much of the information related to this star witness has already been provided to this news outlet by sources close to both John McGill and Jenny McGill. Still more information remains under seal, we are told.

Barring any unforeseen developments, this news outlet plans to be at the Richland County, S.C. judicial center in downtown Columbia at 12:30 p.m. EDT on Monday, May 20 – which is when this preliminary hearing is scheduled to take place.

We do not know yet if reporters will be allowed to enter the courtroom, but we will certainly hope the family court judge appointed to the case will not only let us attend – but also unseal the files related to this case.