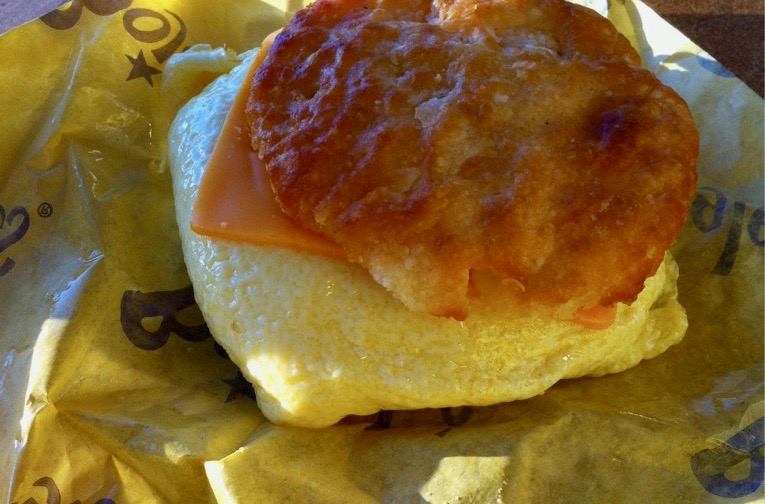 In and of itself, Bojangles is probably a hastener of the decline of western civilization as we know it – contributing to elevated obesity rates and related health issues in the southeastern states where the vast majority of its franchises are located.

People are free to eat what they want, though, and Bojangles’ “Famous Chicken ‘N Biscuits” are, in fact, delicious.

On this lazy southern Saturday in the spring, though, we are not wading into the debate over poor dietary choices (and the strain they place on government-subsidized health care). Instead, we are referencing one particular Bojangles location that was offered up further evidence of the decline of western civilization as we know it.

This franchise – located in Orangeburg, S.C. – had an interesting message for its drive-thru patrons this week.

Yes, you read that right: “Sorry for the inconvenience but right now we is out of HAM.”

How about with South Carolina’s worst-in-the-nation government-run schools, perhaps? And please, don’t tell us these increasingly violent failure factories need more money – because each time Palmetto State taxpayers pump more money into them, our children get dumber.

Don’t believe us? Just watch … the cycle is currently mid-repeat.

In general relativity, the “event horizon” is a boundary in spacetime beyond which an object is unable to escape the gravitational pull of a larger object (or a black hole). It is, literally, the “point of no return.”

As the United States continues clumsily navigating a steepening downslope on the wrong side of history, where is our nation’s event horizon?

Check your rearview mirrors people … while you await that biscuit with no ham.

The Decline Of Western Civilization As We Know It: Charleston GOP Edition