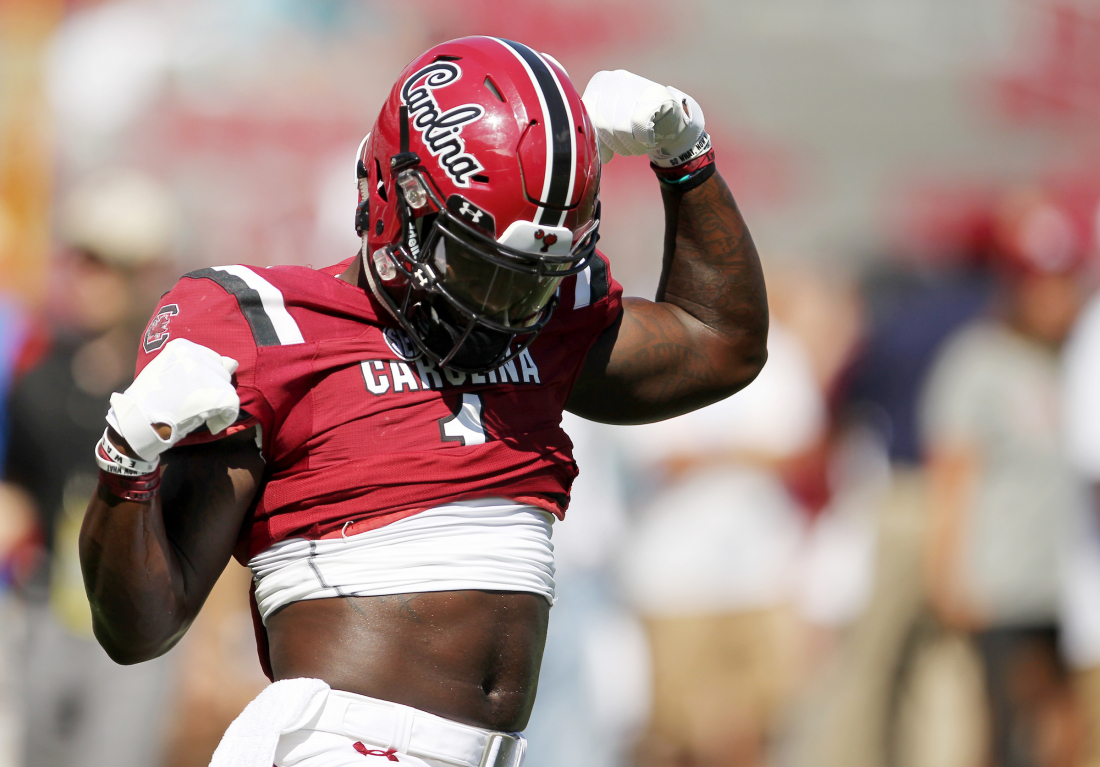 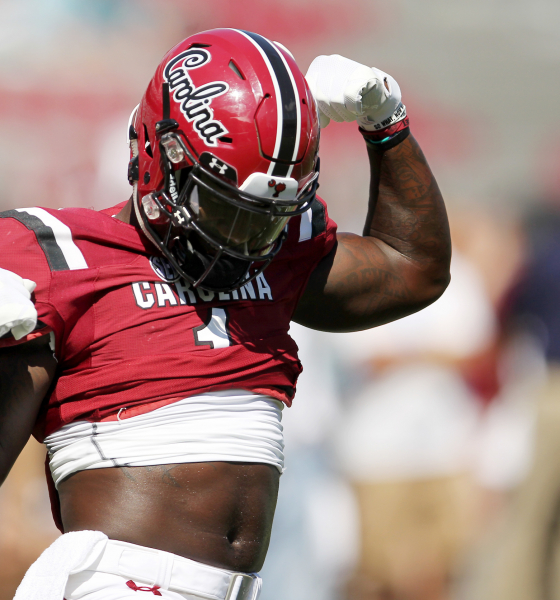 South Carolina star to focus on preparing for NFL draft …

If the University of South Carolina football team expects to close out a disappointing 2018 campaign with a victory over unranked Virginia in the Belk Bowl, it is going to have to do it without its top offensive performer and special teams threat.

Wide receiver and kick returner Deebo Samuel – who was named a first-team All-SEC specialist (and second-team wide receiver) – announced on Monday that he will forego playing in the Gamecocks’ December 29 bowl game to focus on his future in the National Football League (NFL).

“I now have a chance to support my family and community in a way that could impact so many around me,” Samuel said on Instagram. “As much as I would love to suit up one last time for the Gamecocks, having those extra weeks to better prepare for NFL will be crucial. As I look to the next chapter, I realize the next 6 months will determine my next four years and potentially even more. I will be at the bowl game to cheer on my brothers and to thank USC, the fans and my family for making my dreams come true!” 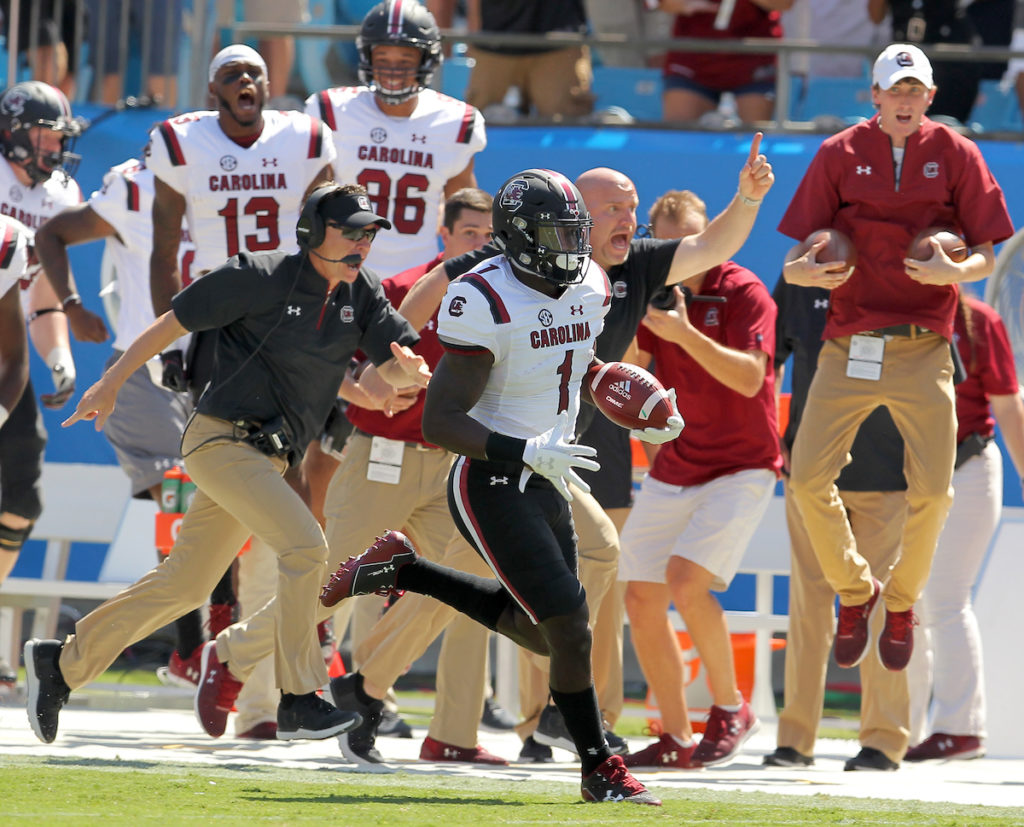 South Carolina (7-5, 4-4 SEC) entered the game as a slight favorite over the Cavaliers (7-5, 4-4 ACC).  We will have to see how Samuel’s decision impacts that betting line, as it removes offensive coordinator Bryan McClendon’s top receiving threat from the lineup.

The Gamecocks were already heading into the game without their top offensive lineman – second-team All-SEC selection Zach Bailey – who broke his fibula during the team’s regular season finale on Saturday.

“I personally support his decision,” South Carolina head coach Will Muschamp said in a statement. “Deebo has been a great student-athlete, both on and off the field, at the University of South Carolina and will graduate on December 17. We appreciate all of his contributions to the University and wish him the best of luck as he pursues his dream of playing in the NFL.” 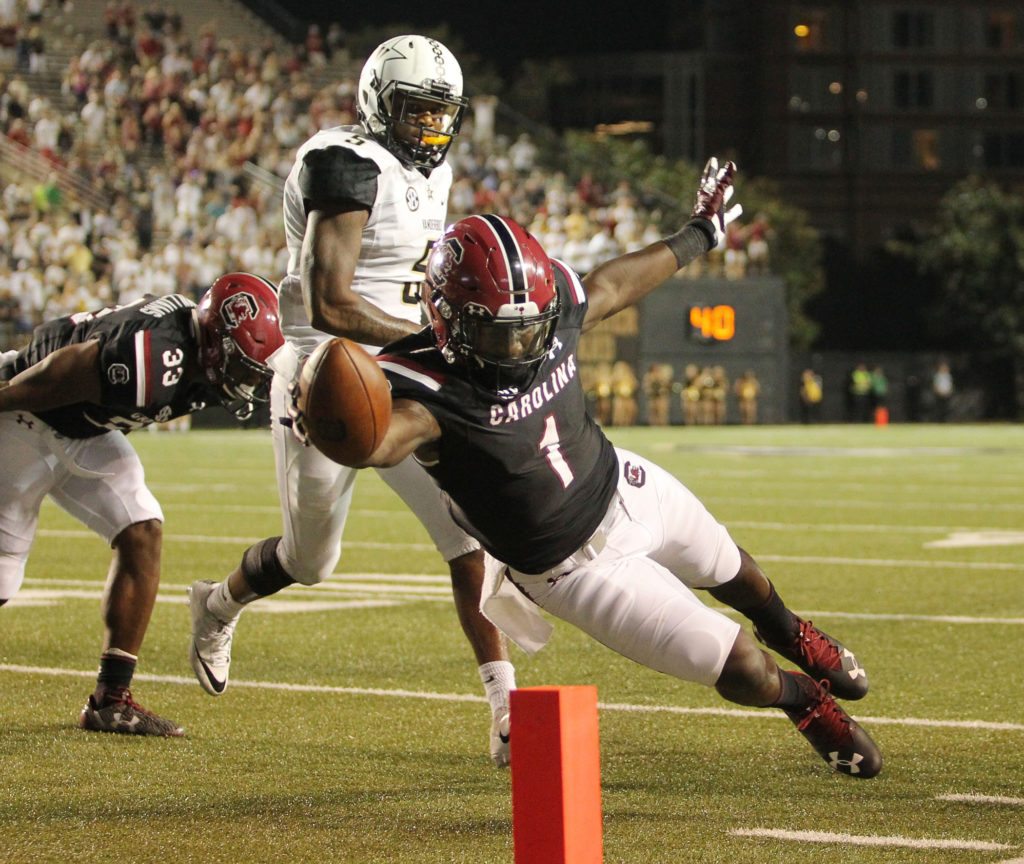 Samuel’s 28 career touchdowns tie him for fourth on the school’s all-time list with running backs Brandon Bennett and Cory Boyd.  He scored those touchdowns five different ways – catching 16 touchdown passes, rushing for seven more, returning the aforementioned four kickoffs for scores, throwing a pair of touchdown passes and recovering a fumble for a touchdown in his final game last week.

He is likely to be a second round pick in the NFL draft next spring, and while we would love to see him in action one more time we appreciate the factors he is weighing as he contemplates his future and the futures of those around him.  We wish Samuel all the best as he prepares to take his game to the next level and we appreciate all the great memories he provided football fans over the past four years.