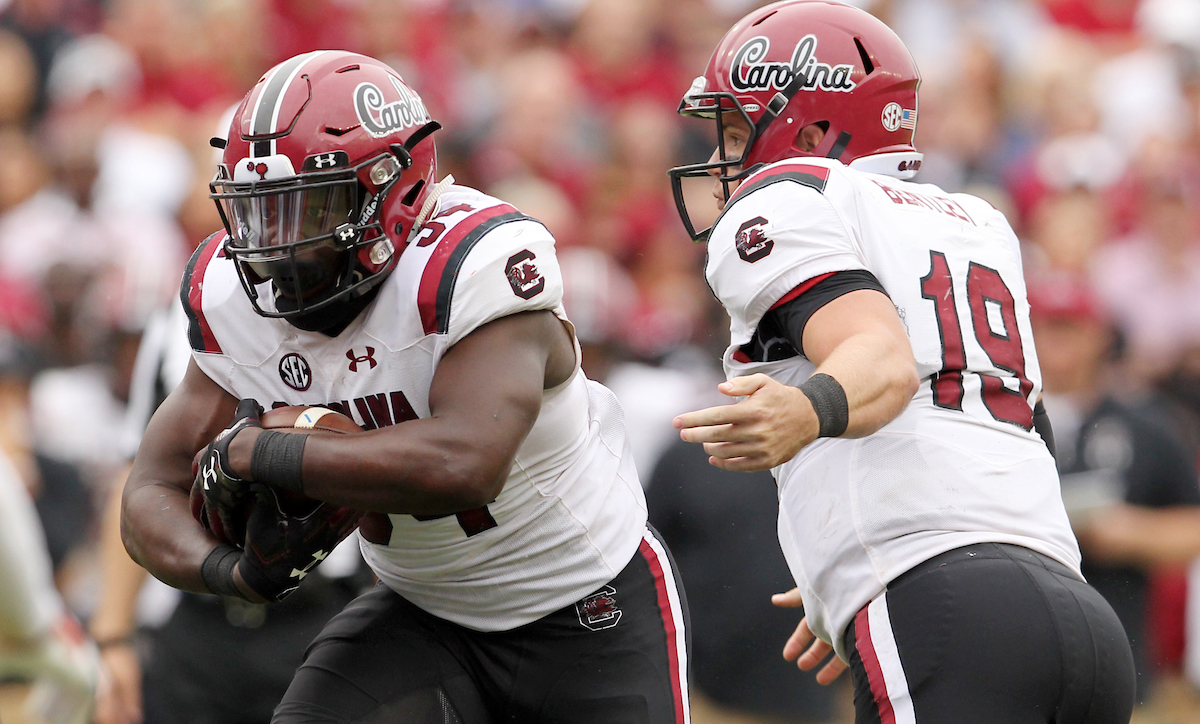 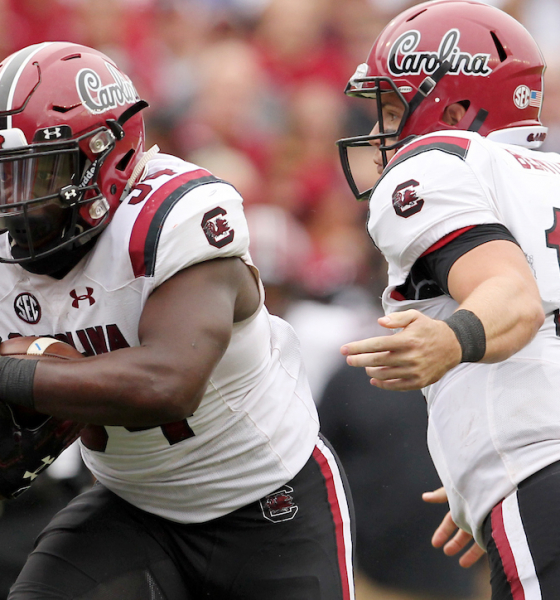 Gamecocks hope to end disappointing season on a high note …

The University of South Carolina football team will try to put a positive finish on a disappointing year when it faces unranked Virginia in the 2018 Belk Bowl.

The Gamecocks (7-5, 4-4 SEC) obviously had bigger and better things in mind when this season began, but unfortunately for its legions of (somewhat) loyal fans … this is where the program is right now.

Kickoff against the Cavaliers (7-5, 4-4 ACC) is scheduled for 12:00 p.m. EST at Bank of America stadium in Charlotte, N.C., with ABC providing national television coverage.

Head coach Will Muschamp’s team lost close conference games this year to then-No. 22 Texas A&M at home and then-No. 15 Florida on the road (the latter an especially soul-crushing defeat).  These narrow losses fundamentally altered the trajectory of the season.  Blowout losses to then No. 3 Georgia (here) and No. 2 Clemson (here) also demonstrated just how far Muschamp and his staff must go if they wish for the Gamecocks to be competitive with college football’s elite programs.

So far they are not measuring up … but the coming year will certainly given them another chance to prove themselves.

Muschamp did his best to put a positive spin on the bowl bid – South Carolina’s third consecutive postseason appearance.

“We’re excited for another trip to the Queen City,” the coach said in a statement. “Charlotte has one of the largest, if not the largest, University of South Carolina alumni bases outside the Palmetto state. Bank of America Stadium, where the Carolina Panthers play, is a great venue for a game and we’ve had a lot of success there. I know Will Webb and his staff at the Belk Bowl will make this a memorable experience for our squad, but our goal is to win our eighth game of the season. I expect to see a great contingent of Gamecock fans in Charlotte to help us achieve our goal.”

This is the Gamecocks first appearance in this game, however they have opened their season at this stadium three times in the last six years – defeating North Carolina in 2013 and 2015 and downing NC State a year ago.  The Gamecocks will be back at Bank of America stadium next August when they open their 2019 campaign against the Tar Heels and newly named head coach Mack Brown.

Virginia has played in the game twice, winning both times.  For its history, the Cavaliers are 7-13 in bowl games.

Like the Gamecocks, Virginia is in the midst of a rebuild under third-year head coach Bronco Mendenhall, who arrived in Charlottesville around the same time Muschamp arrived in Columbia.  The former head coach at Brigham Young, where he posted a 99-43 record in eleven seasons, Mendenhall has led the ’Hoos to back-to-back bowl games for the first time in over a decade.

The Belk Bowl has little in the way of history.  It kicked off in 2002 as the Continental Tire Bowl.  In 2005 it was rechristened as the Meineke Car Care Bowl.  Belk has sponsored the game since 2011, and since 2014 it has matched a Southeastern Conference (SEC) team against a rival from the Atlantic Coast Conference (ACC).  Each conference has won two games under the new format.

SC Senate Dems: Who Is The “Cock Of The Walk?”

College Football Playoff: Clemson Is “In”