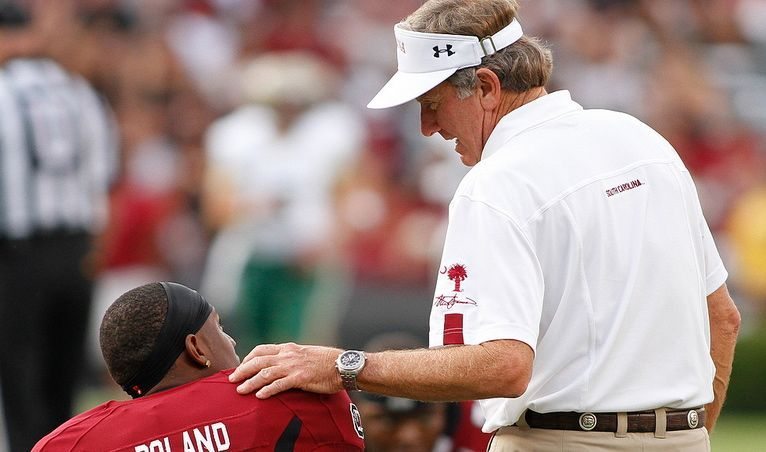 CBS Sports’ Tracy Wolfson sits down with the six-time SEC Champion to discuss a variety of topics, including whether Jadeveon Clowney is the best player he has ever coached, winning the Heisman trophy as a University of Florida quarterback and having two sons on his coaching staff.

To view a clip from the show of Spurrier discussing the billion-dollar industry of NCAA football and basketball, and the importance of student-athlete stipends, click the following link: http://cbsprt.co/15eW30k

CBS Sports Network is available across the country through local cable, video and telco providers and via satellite on DIRECTV Channel 221 and DISH Network Channel 158.  For more information, including a full programming schedule and how to get CBS Sports Network, go to www.cbssportsnetwork.com.