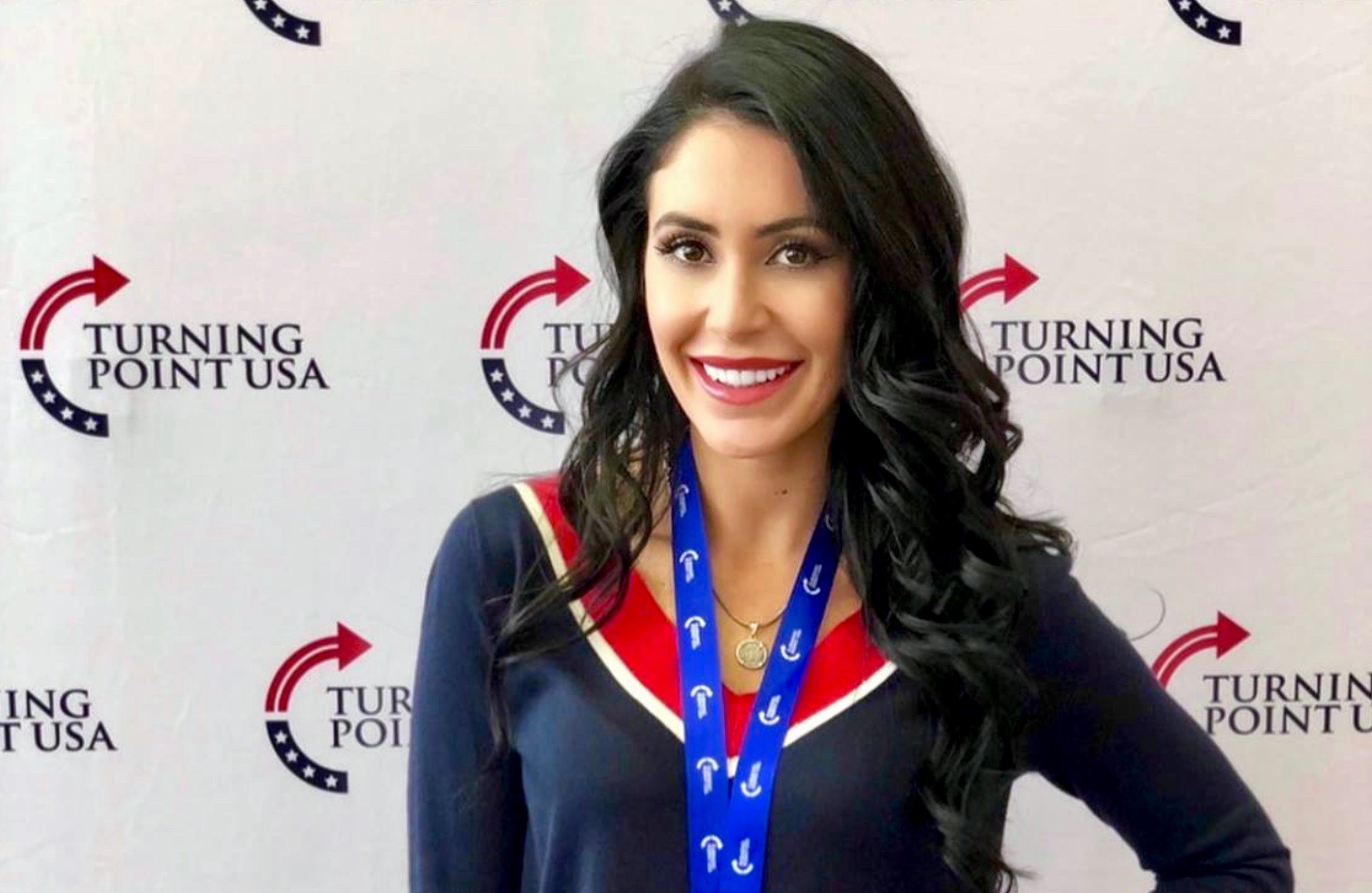 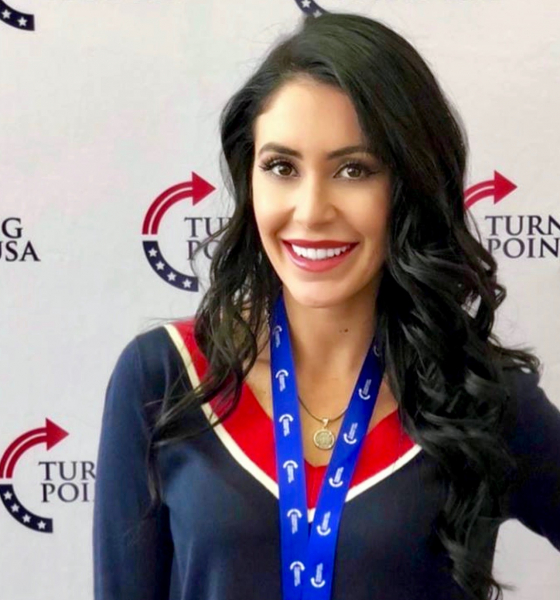 The definition of “going viral …”

A guest on Fox News compared former (future?) Democratic presidential candidate Hillary Clinton to a viral, sexually transmitted disease over the Thanksgiving holiday – prompting the network to boot her (the guest) off the air and issue an apology to the liberal politician.

Anna Paulina, director of hispanic engagement for the right wing student advocacy group Turning Point USA, appeared on Fox Thanksgiving morning to discuss whether Clinton should be investigated over her email scandal. 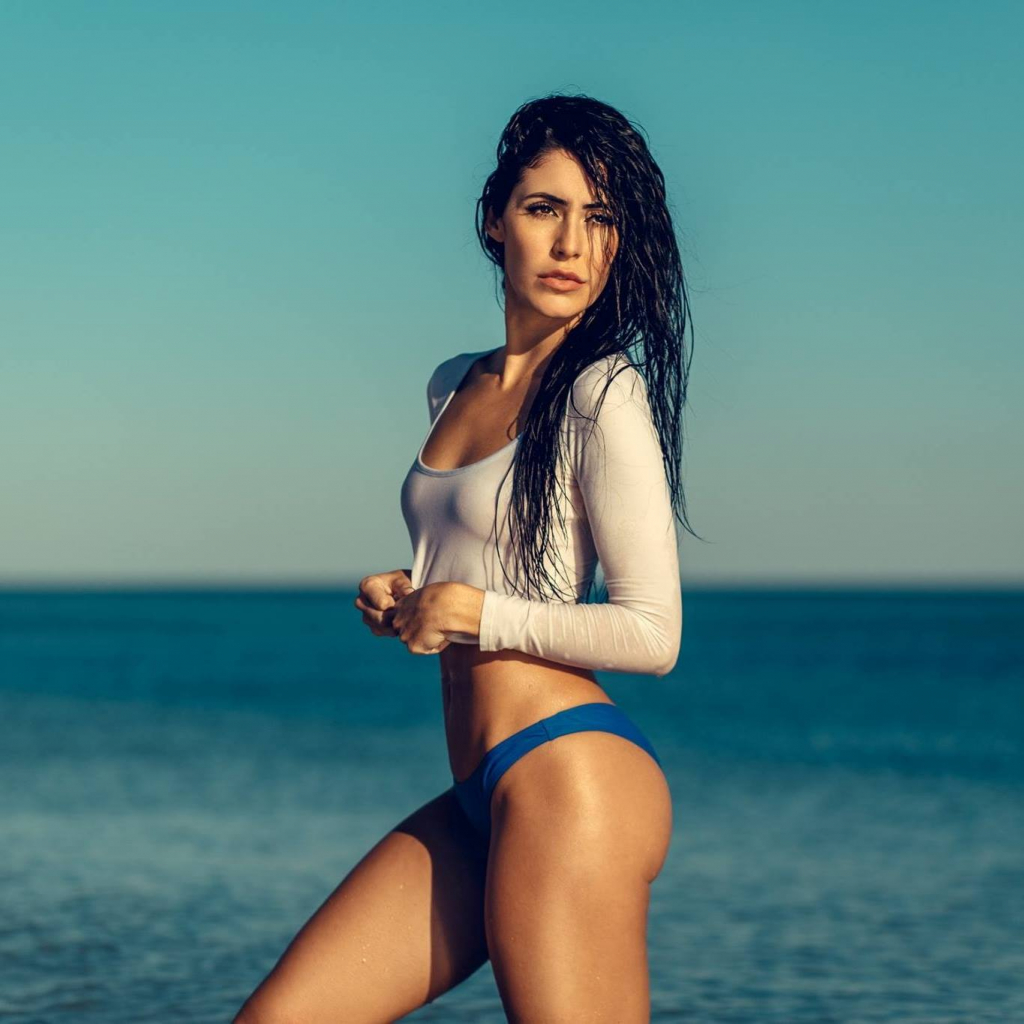 The activist/ model (above) wasn’t sufficiently focused on the conversation, though, because when host Rick Leventhal asked her to weigh in on the subject of Clinton’s emails she launched into a bizarrely stilted monologue on the topic of border security.

That’s obviously an important issue, but …

“I thought we were talking about Hillary’s emails,” Leventhal said, interrupting her.

Paulina apologized, which is when the interview began to resemble a Sacha Baron Cohen skit …

After Democratic strategist Doug Schoen – the segment’s other guest – argued that Clinton should indeed be investigated over the email scandal, Leventhal remarked “I am amazed that with everything going on in the world, we still have Hillary Clinton in the headlines.”

“She won’t go away,” Paulina interjected, referring to Clinton. “She’s like herpes.”

“Okay, that’s news that we are breaking here,” Leventhal responded, clearly caught off guard by the crass remark.

“Not appropriate,” he added a moment later upon collecting himself.

After cutting away from Paulina (never to return), Leventhal eventually concluded the segment by apologizing to viewers for “some of the language that was used.”

Later, his co-host, Arthel Neville apologized to Clinton for the remark.

“We are all Americans, and that is the focus and we want to reiterate that we do not condone the language that Anna Paulina just displayed here, and we apologize to Secretary Clinton for that,” Neville said.  “Fox News does not condone her sentiment.”

Our view?  Paulina’s joke – while humorous – obviously wasn’t appropriate for a serious discussion of the issues.  It’s the sort of thing that would draw a few “LOLs” on Twitter but falls flat in the sanitized cable news format – where guests are expected to bark over each other rudely, just not offensively, as they discuss the red team versus blue team issue du jour.

Of course, the attractive young conservative activist clearly wasn’t prepared for a serious discussion of the issue du jour … or any jour … as evidenced by the fact she had no clue which issue she was supposed to be discussing in the first place.

Again, this news outlet does not watch Fox News any more than we watch CNN – on Thanksgiving or any other day.  Honestly, a “herpes” joke strikes us as a fairly substantive contribution to the marketplace of ideas given the regurgitative, ideologically motivated pablum for which these networks are known.

Who knows … maybe this was actually a step-up in coverage?

UPDATE: Paulina has apologized via Twitter.  “Yesterday on Fox I was placed on the wrong segment (and) in the confusion made a brash and unprofessional joke,” she wrote.  “To Fox and those watching, I am deeply sorry.”  She added that her belief is still that big government “creates dynasties like the Clintons that won’t go away (and) Americans are over it.”

Got something you’d like to say in response to one of our stories? Please feel free to submit your own guest column or letter to the editor via-email HERE. Got a tip for us? CLICK HERE. Got a technical question or a glitch to report? CLICK HERE. Want to support what we’re doing? SUBSCRIBE HERE.
Banner: Turning Point USA