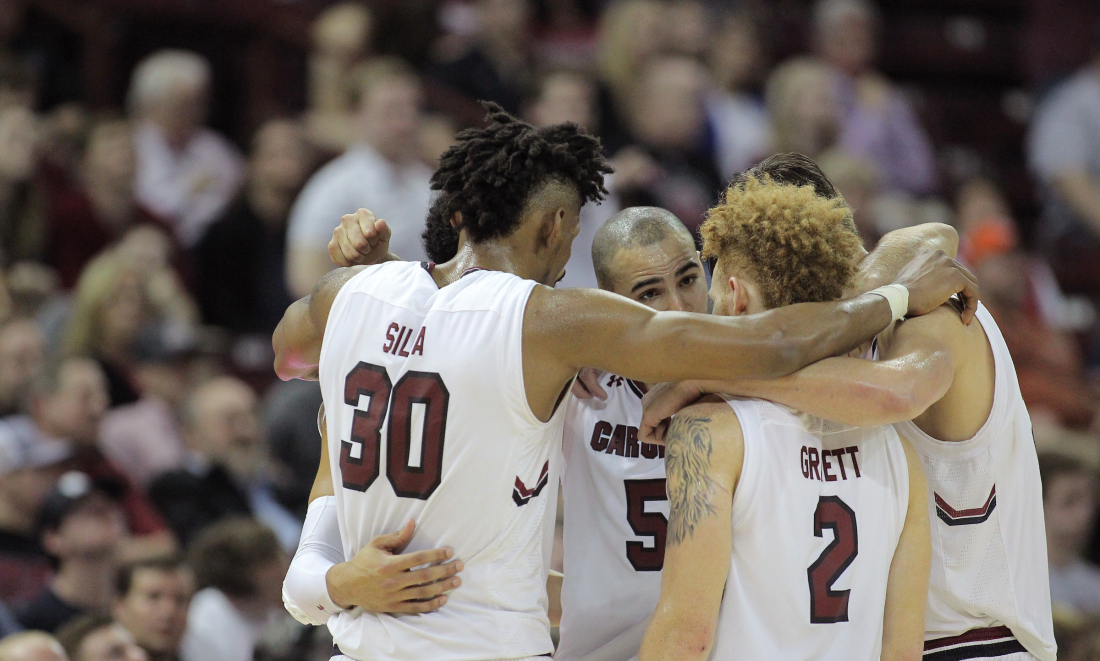 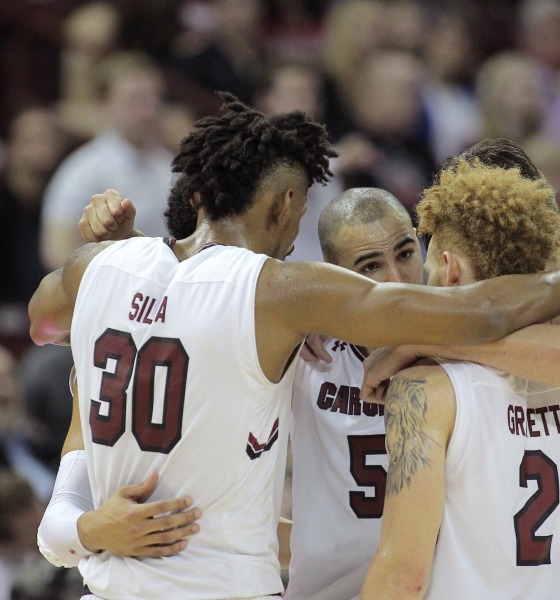 South Carolina falls to another cupcake …

University of South Carolina head basketball coach Frank Martin responded to concerns about his program last month by telling fans they didn’t understand hoops – and then lecturing them about negativity on social media.

Martin should probably prepare for more negativity – on and offline – if his team keeps losing to cupcakes.

South Carolina (1-1, 0-0 SEC) fell at home to Stony Brook last week – its first home loss to a non-elite (i.e. “power five”) conference in five years.  The loss turned what should have been a tune-up for upcoming non-conference tests against No. 19 Michigan, No. 5 Virginia and No. 22 Clemson into the latest head-scratcher.

Adding to the confusion?  Martin benched his best player – senior forward Chris Silva – for the final ten minutes of the game.  Silva got into foul trouble in the second half, but Martin said after the game he kept his star on the bench for the duration due to his poor defensive play.

The same thing happened during an exhibition game two weeks ago when the Gamecocks fell to Augusta University – an NCAA Division II program that competes in the Peach Belt Conference.

“We expected to win this game,” Stony Brook head coach Jeff Boals said after his team knocked off the Gamecocks 83-81 in Columbia, S.C.

That is a problem …

South Carolina is just two seasons removed from its greatest triumph on the hardwood – a trip to the 2017 Final Four.  But after losing stars Sindarius Thornwell and PJ Dozier, Martin has been unable to sustain his success – watching last year’s team slip to 17-16.

A big part of the problem?  Terrible shooting.  South Carolina connected on just 39.2 percent of its two-point field goals a year ago – ranking No. 344 out of 351 NCAA Division I programs.

The Gamecocks had been touted as a potential NCAA tournament team, with analyst Andy Katz projecting them to finish eighth in the SEC and on the “NCAA bubble.”

“There is no way Martin is finishing out of the postseason,” Katz predicted.  “Don’t see it at all.”

So far, though, this Gamecock squad looks more like one of Martin’s first two teams at South Carolina – which posted a combined 28-38 record (including a 9-27 mark against conference opponents).

Meanwhile Silva – a first-team All-SEC selection who has been touted as a possible conference player of the year – has looked atrocious and is clearly in the doghouse with his coach.

With a rigorous non-conference slate and a conference schedule that includes games against top ten SEC east rivals Kentucky and Tennessee, Martin’s team will have plenty of opportunities to prove itself in the months to come.

They will need to do so, too, as a second straight middling campaign could begin to raise the temperature under Martin’s seat …